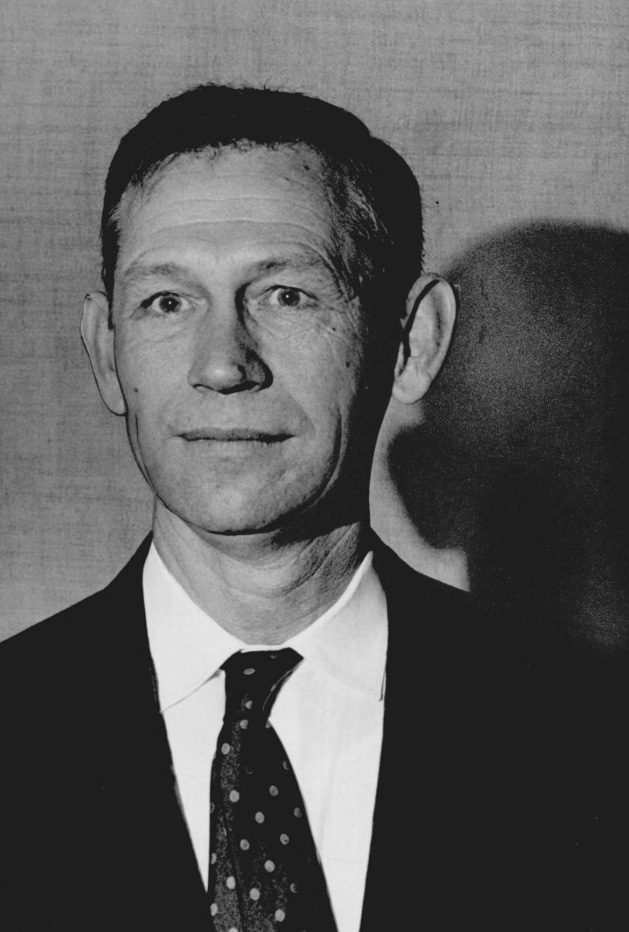 Born in Pleasanton, Kansas, December 1, 1921, historian Arrell Morgan Gibson grew up in southwestern Missouri. After earning an associate's degree at Missouri Southern State College in 1946, and baccalaureate (1947), master's (1948), and doctoral degrees (1954) at the University of Oklahoma, he embarked on a career as a professor and scholar of the American West. From 1949 to 1957 Gibson served as a professor of history and government at Phillips University in Enid. In 1957 he accepted a position at the University of Oklahoma, and he served there for the remainder of his academic career, ultimately as George Lynn Cross Research Professor of History. During his tenure he became curator of the Western History Collections from 1957 to 1970 and curator of history at the Stovall Museum, now the Sam Noble Museum of Natural History, from 1960 to 1987.

He held a visiting professorship at the University of New Mexico in 1975, served as visiting distinguished professor and graduate studies consultant at the University of South China in 1985, became the Goldwater Distinguished Professor of American Institutions at Arizona State University in 1986, and served over a period of years as lecturer at institutions in Nebraska, Mississippi, Utah, Illinois, and Idaho. During his career Gibson received many honors, including American Philosophical Society, Duke Foundation, and University of Oklahoma research grants, a Rockefeller Foundation award, the Oklahoma Writer of the Year Award from the University of Oklahoma School of Journalism, an American Association for State and Local History Award of Merit for his book Wilderness Bonanza, the Oklahoma Hall of Fame Award, the University of Oklahoma's Distinguished Citation Award, and two honorary doctorates (the University of South China and the College of Idaho). He served the profession and the state on numerous boards of directors, including the Oklahoma Historical Society, the Museum of the Great Plains, and the Mississippi Choctaw Cultural Center, and as the first president of the Oklahoma Center for the Book, which acknowledged his scholarly accomplishments by naming its Lifetime Achievement Award for him. At the time of his death he was president elect of the Western History Association.

He was best known regionally and nationally for his scholarship on the history of Oklahoma and the American West, in which he published numerous historical monographs, including The Kickapoos, (1963), The Life and Death of Colonel Albert Jennings Fountain (1965), The Chickasaws (1971), which placed second for a Pulitzer Prize, Wilderness Bonanza (1972), and The Santa Fe and Taos Colonies: Age of the Muses 1900–1942 (1983). Gibson also wrote several textbooks, still in use, including Oklahoma: A History of Five Centuries (1965), The West in the Life of the Nation (1976), and The American Indian: Pre-History to the Present (1980). He was the editor, for the Oklahoma Historical Society, of The West Wind Blows: The Autobiography of Edward Everett Dale (1984) and Between Two Worlds: The Survival of Twentieth Century Indians (1986). He published more than one hundred articles in scholarly journals over the course of his professional life.

Gibson directed the graduate work of thirty-five doctoral students and sixty-eight master's degree students during his career, his proudest achievements, by his own admission. Students knew him as a generous, supportive teacher and mentor. Colleagues in Western history regarded him as an accomplished and passionate scholar of the American West and a distinguished member of the profession. He died in Norman, Oklahoma, on November 30, 1987.

The following (as per The Chicago Manual of Style, 17th edition) is the preferred citation for articles:
Sally Bradstreet Soelle, “Gibson, Arrell Morgan,” The Encyclopedia of Oklahoma History and Culture, https://www.okhistory.org/publications/enc/entry.php?entry=GI002.