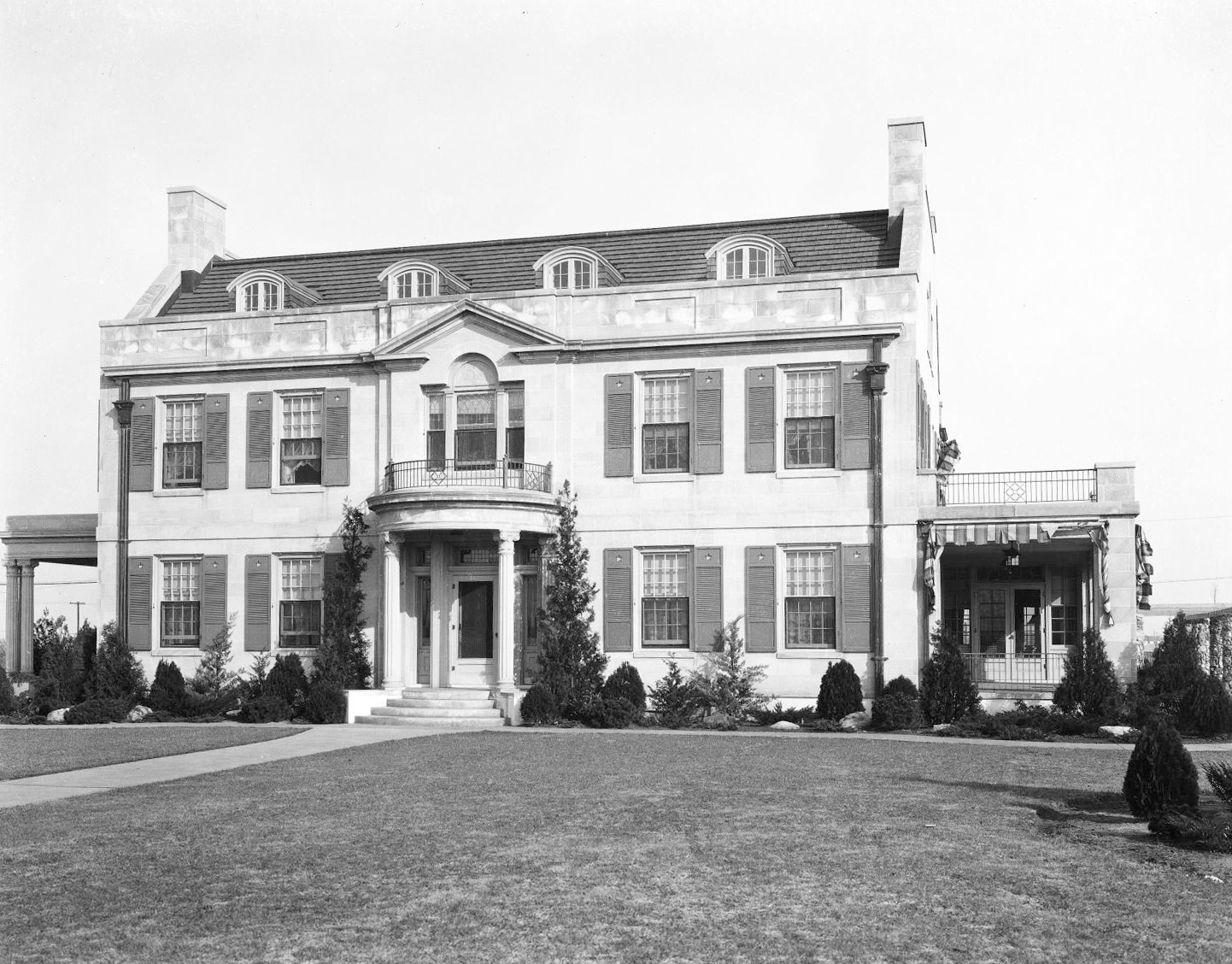 The Governor's Mansion, located in the Capitol District on Northeast Twenty-third Street in Oklahoma City, is situated approximately two blocks east of the Oklahoma Capitol. The site was designated as early as 1914 when construction work began on the Capitol. Lacking sufficient funds to construct the home during the 1910s, no further action was taken until 1927 when the oil boom was in full swing. At that time the Oklahoma Legislature appropriated seventy-five thousand dollars for the mansion's construction. An additional twenty-five thousand was earmarked for furnishings. This was less than half the price that Board of Affairs members and Gov. and Mrs. Henry S. Johnston had planned for the house to cost. These 1927 plans were scrapped when the Board of Affairs determined to stay within the legislative allocation.

As with many other Oklahoma public buildings, the Oklahoma City architectural firm of Layton, Hicks and Forsyth designed the mansion. Jewell Hicks was primary on the project. In January 1928, when all construction bids exceeded the seventy-five-thousand-dollar appropriation, Hicks was asked to eliminate certain features to bring the cost within budget. The Smiser Construction Company of Oklahoma City obtained the building permit in February 1928. Construction moved along rapidly, and the governor's family moved into the Dutch Colonial Revival–style mansion in mid-October 1928.

The three-story building was clad with limestone to match the Capitol building. The red-tiled roof added a touch of color as well as a Spanish Colonial Revival–style influence. Designed to face west toward the Capitol, the mansion had its original address at 2300 North Phillips Avenue. With the emergence of Northeast Twenty-third Street as a major thoroughfare, the north elevation became dominant, and the address changed to 820 Northeast Twenty-third Street.

Less than a year after the mansion was completed, the Board of Public Affairs approved a contract to install awnings on the first and second floor windows. The E. W. Klos Manufacturing Company of Oklahoma City installed the striped cloth awnings at a cost of $655. Also, in 1929 the mansion grounds were landscaped, a lawn-sprinkling system installed, an ornamental iron grill fence with limestone pillars erected, and a separate garage/servant's quarters constructed at a cost of forty-four thousand dollars. By 1930 decorative wood shutters had been added to the first and second floor windows.

Originally, the fourteen-thousand-square-foot mansion had nineteen rooms. This included a central hall, library, sunroom, living room, dining room, breakfast room, and kitchen on the first floor. The second floor contained the governor's office and five bedrooms. The third-floor space was devoted to a grand ballroom. Over the years walls were removed and spaces opened so that the mansion had twelve rooms at the turn of the twenty-first century. The interior decor had been updated by various administrations to reflect popular tastes.

In 1964 Pres. Lyndon B. Johnson made a trip to Oklahoma, and his helicopter landed on a newly constructed heliport at the mansion. The concrete slab subsequently became a tennis court on the southeast corner of the grounds. In the 1970s a swimming pool, paid for by a donor and constructed in the shape of the state of Oklahoma, was added behind the house. In 1995 needed improvements were made to the mansion, including a new roof, air conditioning for the third-floor ballroom, and significant interior renovation, which included restoring many of the 1928 wall finishes and color schemes.

The Governor's Mansion is included in the Capitol–Lincoln Terrace Historic District (NR 76001569). The district was listed in the National Register of Historic Places in 1976 for its historic and architectural significance as a notable collection of 1920s and 1930s houses in which many prominent Oklahoma City oil executives and business entrepreneurs resided.

The following (as per The Chicago Manual of Style, 17th edition) is the preferred citation for articles:
Cynthia Savage, “Governor's Mansion,” The Encyclopedia of Oklahoma History and Culture, https://www.okhistory.org/publications/enc/entry.php?entry=GO022.