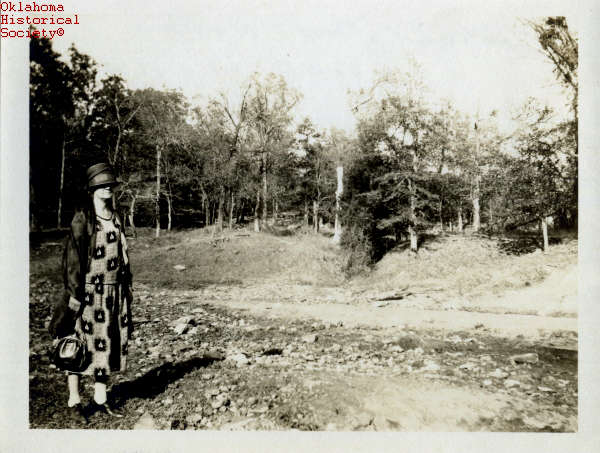 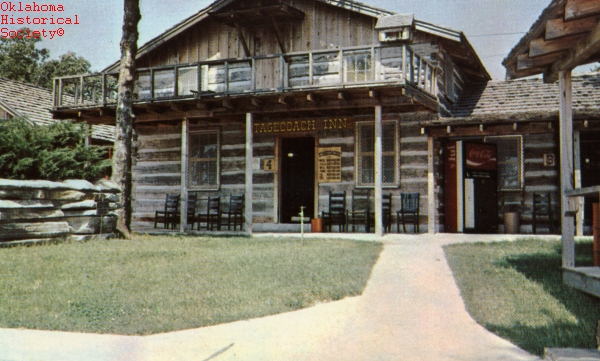 Located in Delaware County, Grove is sixteen miles south of the Afton exit on the Will Rogers Turnpike, via U.S. Highway 59, and thirty miles south of Miami. On December 27, 1888, Treadwell Remsen, a former Union soldier from New York, attained approval for a post office for the town. Situated in the Delaware District, Cherokee Nation, Indian Territory, at a spring in a grove of trees, Grove was on a long-used trail from southwest Missouri to Afton, Vinita, and points west. More businesses began to locate near the post office, and by the 1890s, probably about 1895, the town was incorporated, although the date is uncertain. The 1900 census listed the community as the "incorporated town of Grove." The official plat of the 210-acre town was approved by the U.S. Department of the Interior on November 22, 1902. Lots were sold in 1904–05.

With 1907 statehood Grove, the only incorporated town in Delaware County, became the county seat. Located midway between the county's eastern and western borders, Grove was about five miles from the county's northern border with Ottawa County. This placement became a problem for residents who wanted a seat of government closer to the county's center. A group found a site, cut down trees, and platted a town that they named Jay. They forced the issue on a county-wide ballot, and in December 1908 voters named Jay the county seat. This development produced a series of maneuvers by leaders in Grove to retain the seat, but in 1912 the official records were moved to Jay.

Grove kept one important asset, the Arkansas and Oklahoma Railroad. Workers laid tracks to Grove from Rogers, Arkansas, in 1900, and the next year investors sold the line to the St. Louis and San Francisco Railway system. The railroad was the chief means of moving people and agricultural products until automobiles and trucks brought passenger and freight service to an end in 1940.

In 1907 the Grove Sun boasted that the community had a population of nearly a thousand, but the 1910 census counted 888. The figure decreased slightly over the next twenty years. Then the Great Depression affected the area, as it did the nation. Anyone who was able-bodied went to work for the Civilian Conservation Corps or the Works Progress Administration. The latter built Grove Community Center. The 1930 population stood at 804.

In the late 1930s new hope came to Grove because a dam was to be built across Grand River. The Tulsa World predicted a bright future because of the town's strategic position east of the river, with Elk River to the north and Honey Creek to the south. Construction and related work immediately brought jobs for many local residents, along with dreams of thirteen hundred miles of shoreline. Gates on the dam closed in 1940. Heavy rains filled the lake quickly, and Grove emerged with water on three sides and only one land route out of town. Eventually bridges were built. One uniquely designed structure, the 1939 Sailboat Bridge, was rebuilt and opened in 2001, the second-largest bridge over water in Oklahoma. Dreams of development were suspended during World War II, but after 1950 tourism and expansion dominated the area. The 1950 population was 928. Grove and Lake O' the Cherokees (Grand Lake) became a retirement Mecca. From a 1970 population of 2,000, the figure grew by about a thousand each decade and stood at 4,020 in 1990 and at 5,131 in 2000. By 2010 Grove had grown to 6,623.

The Grove School, kindergarten through twelfth grade, had an enrollment of 2,353 in October 2003. The school's district report for 2002 listed a population of 14,600. A new high school had recently been built. Northeastern Oklahoma A&M College conducts classes in a building the city constructed. A new Grove Public Library, member of Eastern Oklahoma District Library System, was finished in 2003. Development began in the late 2003 on a new sewer plant. The hospital has been expanded in stages, and the airport has been given regional status. A Wal-Mart Supercenter and a Lowe's hardware store have attracted shoppers.Fishing and water sports are important in Grove. Har-Ber Village, a large museum, attracts many visitors. Properties listed in the National Register of Historic Places are the Corey House-Hotel (NR 82001495) and the Bassett Grove Ceremonial Grounds (NR 83002085). Other historic places include Cayuga Mission Church (NR 83002085) built by Mathias Splitlog, and the graves of Major Ridge, his son John, and Stand Watie in nearby Polson Cemetery (NR 77001092). The 2000 population registered 5,131 residents, and the town employed a council-manager form of government.

The following (as per The Chicago Manual of Style, 17th edition) is the preferred citation for articles:
Rose Stauber, “Grove,” The Encyclopedia of Oklahoma History and Culture, https://www.okhistory.org/publications/enc/entry.php?entry=GR034.