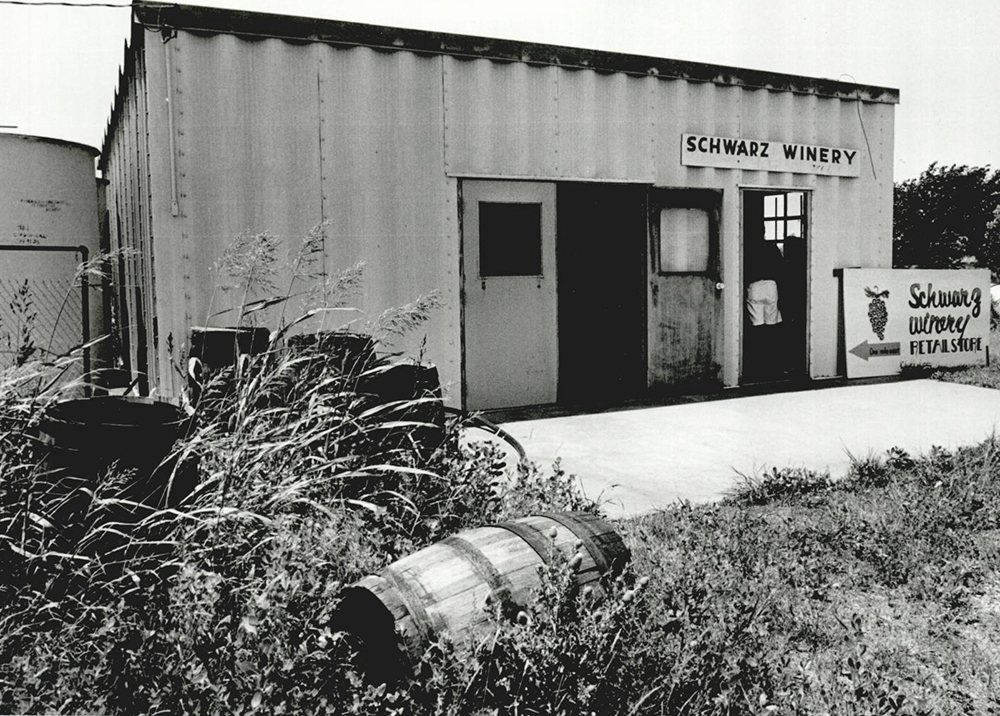 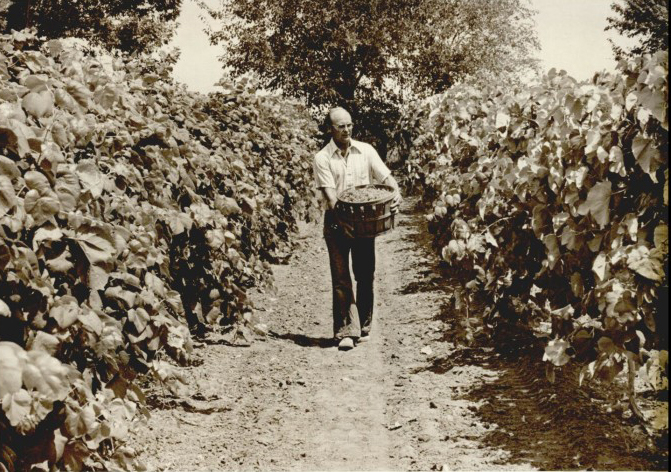 The climate of Oklahoma poses many challenges for consistent, premium grape production. Cold and heat adaptation are necessary as well as fungal disease resistance. Soil conditions are quite variable around the state and thus can have significant impact on vine health and productivity. Therefore, it is essential to choose the varieties best suited to the volatile Oklahoma climate. In the late 1800s and early 1900s Oklahoma had thousands of acres of domesticated table and wine grapes. The acreage of grapes planted in 1907 and 1908 were estimated to be 3,700 and 5,425, respectively, about ten times more than is planted in Oklahoma today. Grapes were a popular food source for those homesteading on the American frontier, and that popularity continues today.

Variety constitution of early vineyards in the Oklahoma Territory is mostly unknown, but probably most varieties, like 'Concord', were from the eastern United States. Several species of grape are native to Oklahoma, including Vitis aestivalis, V. lincecumii, V. mustangensis, V. riparia, and V. rupestris, many of which have been instrumental in creating high-quality hybrid varieties. The first report on varieties of grapes that were suitable for the state was released in 1894 by Oklahoma A&M College (now Oklahoma State University, OSU). A later publication detailed other aspects of 175 varieties. In 1926 the USDA and Oklahoma A&M co-published Grapes in Oklahoma. These publications laid the foundation for commercial grape production in Oklahoma in the early part of the twentieth century.

The first documented winery in the Oklahoma Territory was opened in 1898 by Charles Fairchild. But, as in many states, the Progressive Movement played a dominant role in the evolution of the Oklahoma grape and wine industry. Even prior to statehood, groups such as the Anti-Saloon League and the Woman's Christian Temperance Union were anti-alcohol and were eventually successful in getting prohibition written into the state's 1907 constitution. Other laws reinforced the anti-alcohol mandate, including the Bone Dry Law, enacted in 1917. In 1919 the Eighteenth Amendment enacted national prohibition of alcoholic beverages. For more than a decade afterward, grape-related activity declined, although in the late 1920s Oklahoma still produced more grapes than any state in the south-central United States, excluding Arkansas.

The Dust Bowl years of the 1930s and subsequent decades of the 1940s and 1950s were the low ebb of grape production and usage in Oklahoma. In 1933, after the repeal of national prohibition, Oklahoma A&M began grape research anew with seventy-five American and hybrid varieties; in anticipation of new opportunities for grape production another forty-three were added in 1950. Yet, because state-imposed prohibition continued for Oklahoma through 1959, trials focused on eating-grape varieties instead of those for wine. Prior to 1959 a few varieties were released, geared toward fresh consumption, including 'Henryetta', 'Chilcott', 'Keating', and 'Osborn' by Frank Cross and L.F. Locke and 'Cimarron' by Herman Hinrichs, a horticulturist at OSU, in 1962. In the early and mid-1950s Hinrichs began to develop table and wine grapes for Oklahoma. He worked closely with a group called the Oklahoma City Wine Club, which made wine from his selections while still under state-imposed prohibition.

After prohibition's repeal, interest in wine grapes increased over the next two decades. In 1975 Hinrichs introduced several table, juice, and wine varieties ('Bounty', 'Eureka', 'Meteor', 'Rubaiyat', 'Sunset', and 'Vinok'). In the 1970s, based on the growing interest in grapes, an initiative in southeast Oklahoma was developed to provide new opportunities in agriculture, and although it increased grape acreage, it ultimately did not fulfill its goal of creating an economic driver for the region. Opening in 1982, Cimarron Cellars in Caney, Oklahoma, remains the oldest continuously operated winery in Oklahoma. A few others followed in the 1980s, but the main resurgence began in the late 1990s.

The corridor along Route 66 between Oklahoma City and Tulsa, especially in Lincoln County, was the first to see an increase in vineyards, but other areas soon followed. A steady increase in grape production began in the mid-1990s and continued on into the mid-to-late 2000s. George Girouard, a private grape breeder, also released a few cultivars in the 2000s that are grown on a small scale. Acreage grew from 170 acres in 1997 to 597 acres in 2007. A total of 341 bearing acres were reported in 2013. The number of licensed wineries has increased from four in 2001 to more than fifty in 2013.

The passage of State Question 688 in November 2000 allowed Oklahoma wineries to sell their products directly to liquor stores and restaurants, but in 2006 the state's Supreme Court ruled that legislation unconstitutional. In 2008 Oklahoma voters passed State Question 743, allowing wineries that produce less than ten thousand gallons to self-distribute their wine to restaurants and liquor stores. By 2010 Oklahoma wineries produced more than seventy-one thousand gallons, establishing the state's rank as thirty-first among the fifty states.

In 1994 the Oklahoma Grape Growers' and Wine Makers' Association began to create a statewide organization for individuals interested in furthering the grape and wine industry. The association successfully brought together those with common interests and goals. In 2011 the Oklahoma Grape Industry Council was formed to further help the industry on political and educational fronts. Educational programs through OSU and later at Redlands Community College (El Reno) helped to foster further growth in the grape and wine industry during the 2000s. Research and extension programs on grape and wine production continue at Oklahoma State University.

In Oklahoma the majority of grapes are grown for use in wine, but grapes for fresh market, juice, and jelly are also being grown. A survey in 2006 showed that growers preferred red grapes, which took up a majority of the acreage. Vitis vinifera-derived varieties accounted for 80 percent of all plantings. V. vinifera varieties are the most widely grown in Oklahoma because they are generally considered the premium grapes for wine making; however, observation and research has shown most of these varieties are highly susceptible to cold damage and fungal infection. There are many American species of grapes, but few of them are acceptable for wine making without combining with another species. Therefore, interspecific hybrid varieties are good alternatives, due to their better cold tolerance, but have not been embraced by many Oklahoma grape growers due to perceived inferiority. In the 2006 survey interspecific hybrid grapes made up less than 15 percent of vines, American species grapes approximately 7 percent, and muscadine grapes less than 1 percent of the total. Muscadine production in Oklahoma is primarily limited to the far southeast corner of the state.

Oklahoma has had a rich history in grape production. More recently, the industry has showed potential for substantial growth with availability of new varieties, updated modern production practices, and more favorable alcoholic beverage laws. Grape growing and wine production will continue to be an important part of the state's horticulture and agritourism industries.

The following (as per The Chicago Manual of Style, 17th edition) is the preferred citation for articles:
Eric T. Stafne, “Grape and Wine Industry,” The Encyclopedia of Oklahoma History and Culture, https://www.okhistory.org/publications/enc/entry.php?entry=GR037.