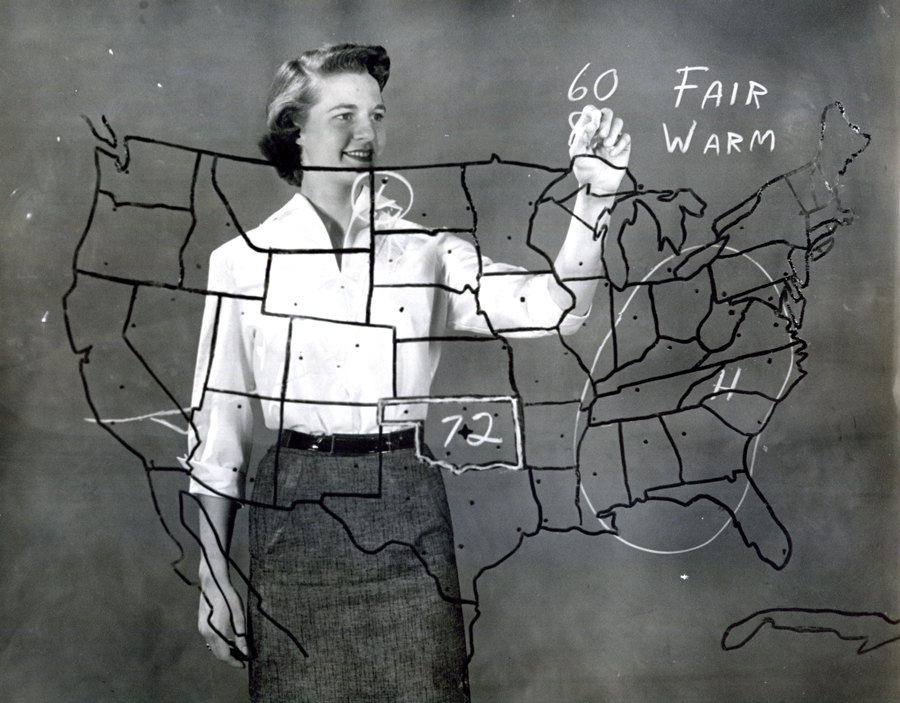 Broadcast journalist Lola Hall was born to Mel and Lola Duncan Hall in Oklahoma City, Oklahoma, on October 29, 1933. Graduating from Classen High School in 1951, the younger Lola Hall received an English degree from Oklahoma City University. She began working at KWTV (Channel 9) in Oklahoma City in 1956. Often called "the Channel 9 Weather Girl," she was the first woman in the Southwest in that field of broadcasting. She also worked for other television and radio stations in the Oklahoma City area, including WKY-TV, KOKH-TV in sales and weather, OETA-TV in handicapped programming, KOMA-Radio in radio operations and traffic, and KTOK-Radio in sales and radio continuity. In New York City she worked for NBC as a program analyst.

Lola Hall married B. Carl Gadd, and they had two sons, Paul and Mel. Excelling in various broadcast responsibilities she won the Oklahoma Education Association's award for Best TV Reporting in Education (1986), the Bill Crawford Memorial Award (1983), the Call for Action Award for Consumer Reporting (1978), and the Oklahoma City Mayor's Award for Handicapped Television Series (1976). Her special accomplishment was as a private consultant for Fortune 500 companies, developing video programs that distributed nationally and internationally. In 1988 she was inducted into the Oklahoma Journalism Hall of Fame. At the turn of the twenty-first century, after thirty-seven years in radio and television broadcasting, Lola Hall served as director of the Women's Pavilion at Mercy Health Center, Oklahoma City.

The following (as per The Chicago Manual of Style, 17th edition) is the preferred citation for articles:
Leah Pratt, “Hall, Lola,” The Encyclopedia of Oklahoma History and Culture, https://www.okhistory.org/publications/enc/entry.php?entry=HA010.