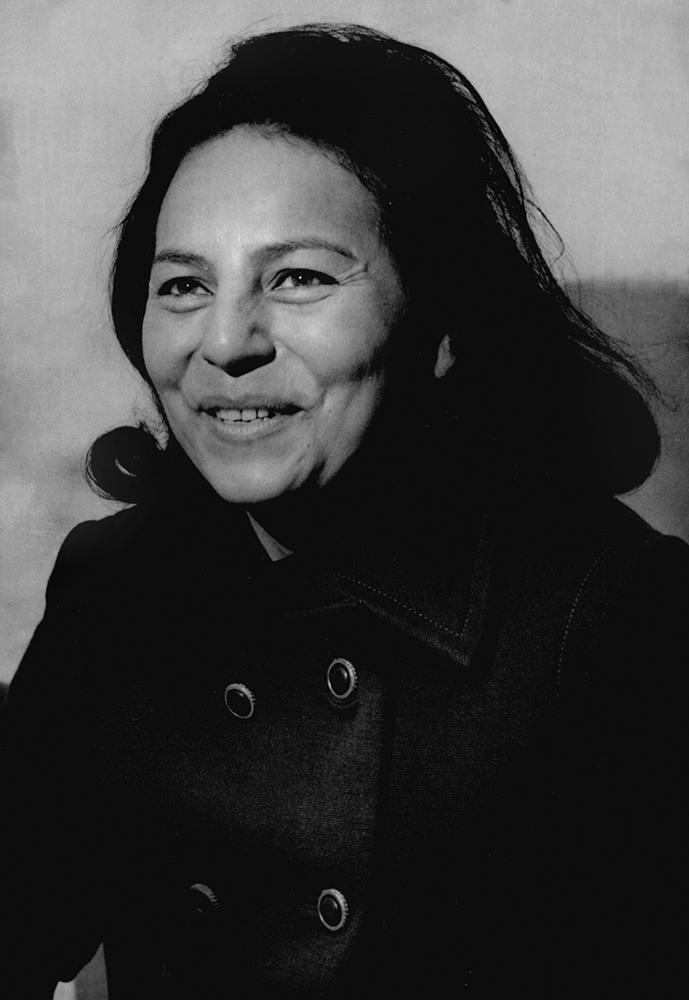 Comanche political activist LaDonna Harris was born in Temple, Oklahoma, on February 15, 1931, to Donald Crawford and Lily Tabbytite, a Comanche. This interracial couple separated shortly after her birth, leaving the young girl to be raised by her maternal grandparents. She received a traditional upbringing and first learned English in public school. LaDonna Tabbytite married Fred R. Harris after graduating from high school in 1949. Following law school Fred Harris was voted into the Oklahoma Senate. When Oklahomans elected him a U.S. senator in 1964, the Harrises and their three children moved to Washington, D.C. In 1965 she founded Oklahomans for Indian Opportunity (OIO), the state's first intertribal organization.

While working in the nation's capital, Harris's advocacy impressed Pres. Lyndon B. Johnson. In 1968 he appointed her to the National Council on Indian Opportunity (NCIO). She left OIO to serve on this council, but its inaction frustrated her. In 1970 she resigned from NCIO and founded Americans for Indian Opportunity (AIO). Harris's activism, humanitarianism, and political work continued into the twenty-first century. The current president of AIO, she has advised the United Nations Educational, Scientific and Cultural Organization (UNESCO) and the U.S. Office of Economic Opportunity. In 1980 Harris was the vice-presidential candidate for the Citizen's Party. Her honors have included human rights awards and honorary degrees.

The following (as per The Chicago Manual of Style, 17th edition) is the preferred citation for articles:
Sterling Fluharty, “Harris, LaDonna Vita Tabbytite,” The Encyclopedia of Oklahoma History and Culture, https://www.okhistory.org/publications/enc/entry.php?entry=HA035.