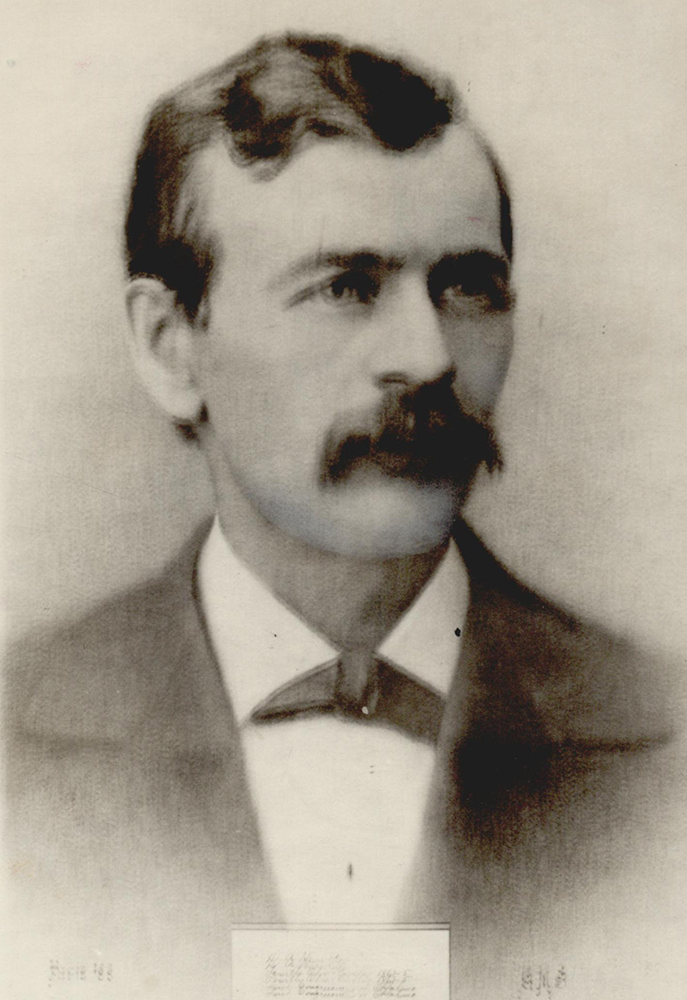 Oklahoma's first territorial congressional delegate, David A. Harvey, was born at Stewiacke, Province of Nova Scotia, Canada, on March 20, 1845. His family soon moved to Clermont County, Ohio, and young Harvey attended the Isabel public schools. During the Civil War the sixteen-year-old enlisted in the Ohio Volunteer Cavalry. After the war he briefly attended Miami University in Oxford, Ohio, before studying law and being admitted to the Ohio Bar in 1868.

In 1869 Harvey established a law practice in Topeka, Kansas, and he also served as city attorney and probate judge. Like other Boomers, he agitated for the opening of Oklahoma Territory. Participating in the Land Run of 1889, he settled in Oklahoma City and became involved in municipal government.

The Organic Act of 1890 provided for the election of a delegate to represent Oklahoma Territory in the U.S. Congress. On November 4, 1890, Harvey, a Republican, was elected to serve as Oklahoma's first territorial delegate. Serving from December 1890 to March 3, 1893, Harvey introduced a bill, known as the "Harvey Bill," in the U.S. House of Representatives on January 25, 1892. The bill called for Oklahoma statehood with the joining of Oklahoma and Indian territories. The House Committee on Territories reported against the Harvey Bill, and agitation for statehood continued until passage of the Enabling Act in 1906.

Defeated by Dennis T. Flynn in the 1892 election, Harvey moved to Wyandotte, Oklahoma, where he became mayor. He died on May 24, 1916, in Hope, New Mexico, and was interred in Seneca Cemetery, Seneca, Missouri.

The following (as per The Chicago Manual of Style, 17th edition) is the preferred citation for articles:
Linda D. Wilson, “Harvey, David Archibald,” The Encyclopedia of Oklahoma History and Culture, https://www.okhistory.org/publications/enc/entry.php?entry=HA043.