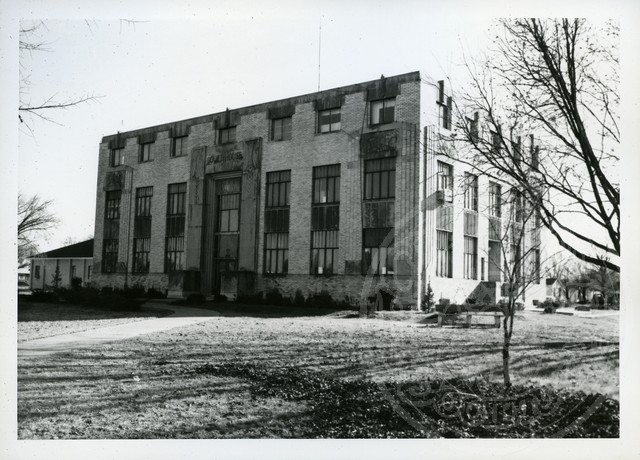 Located in southeastern Oklahoma, Haskell County, created at 1907 statehood, encompasses 625.27 square miles of land and water area. The county name honors Charles N. Haskell, Oklahoma's first governor and a member of the Oklahoma Constitutional Convention. Haskell County's 1907 population stood at 16,865, and in that year Stigler defeated Keota and Whitefield in a competition for the county seat. In 2010 six incorporated towns existed in the county: Stigler, Tamaha, Whitefield, Kinta, Keota, and McCurtain.

The county landscape varies, with the elevation ranging from five hundred to fifteen hundred feet above sea level. The Sans Bois Mountains lie in the county's southern portion, and two lakes, Lake Eufaula (from the west) and the Robert S. Kerr Reservoir (from the east), protrude into the county in the north. The South Canadian River forms the northern border with McIntosh and Muskogee counties before draining into the Arkansas River at the Robert S. Kerr Reservoir, which serves as the northeastern border with Sequoyah County. Pittsburg, Latimer, and Le Flore counties surround southern Haskell County, and Sans Bois Creek is the other major drainage from west to east. The McClellan-Kerr Navigation System, of which the Kerr Reservoir is a part, has benefited the county, especially the town of Keota, making it a shipping point and attracting industry. In the first half of the twentieth century, timber and coal were important economic resources.

The presence of Caddoan-speaking Mound Builders (around A.D. 850 to 1450) in the area of the two rivers has been documented by archaeological evidence. The Wichita, Choctaw, Chickasaw, Quapaw, and Osage hunted in this area of eastern Oklahoma before European contact.

Many explorers traversed northern Haskell County as they followed the Arkansas or main (South) Canadian rivers, including Jean Baptiste Bénard de La Harpe, Pierre and Paul Mallet, Lt. James Wilkinson, Maj. Stephen Long, and Jacob Fowler. Although present Haskell County lies south of the Three Forks area, the vibrant fur trade of the early nineteenth century enticed French, Spanish, and American Indians to the area. In 1831 the Choctaw began arriving to the newly created Choctaw Nation, which included present Haskell County. Many came by steamboat and landed at Tamaha. In 1849 Capt. Randolph B. Marcy mapped out the California Road, which ran through the present county. A site on Cooper Creek on the California Road later served as a stage stop.

The area also witnessed action during the Civil War. The Choctaw sided with the Confederacy, and Camp Pike, near present Whitefield, served as a Confederate base. At different times as many as two thousand men camped at this location, named for Albert Pike, prior to expeditions against Federal troops. After the Battle of Honey Springs in July, a skirmish occurred on August 28, 1863, at Camp Pike as Confederate Brig. Gen. W. L. Cabell's rear guard engaged Col. W. F. Cloud's troops after the Southern soldiers had already begun their march east. Another engagement took place two days later near Sans Bois Creek between the same troops and another occurred the next day in present Le Flore County as the Confederates moved toward the Poteau River. In June 1864 Col. Stand Watie and his Confederate forces captured the steamboat J. R. Williams and its load of Federal supplies near Tamaha at Pleasant Bluff on the Arkansas River. The next morning Col. John Ritchie's men, who were stationed at the mouth of the Illinois River, engaged Watie's men as they tried to plunder the boat. The soldiers were on opposite sides of the river, which was rising, and they fought to a standoff. The advance of Union troops from Fort Smith, Arkansas, caused Watie to burn the J. R. Williams and much of its cargo. During this episode a number of Watie's men skirmished with Federal forces at Ironbridge, a community on Sans Bois Creek where the U.S. government had built an iron bridge to facilitate a mail route along the California Road. The bridge was destroyed during the Civil War, and the proposed mail route was never completely operational.

Haskell County was part of the Choctaw Nation's Sans Bois County. As Oklahoma statehood approached and the Choctaw government dealt with allotment, losing the rights to its Segregated Coal Lands and ultimately its right to self-government, Greenwood McCurtain held the office of principal chief. McCurtain, the last of three brothers to hold this illustrious position, lived and made his headquarters at Sans Bois in southern Haskell County. His house there is listed in the National Register of Historic Places (NR 71000661), as is the Sans Bois home (NR 80003265) of his brother, Edmund McCurtain (principal chief from 1884 to 1886).

Early-twentieth-century coal mining brought jobs and railroads to southern Haskell County. The San Bois Coal Company built more than four hundred company houses in McCurtain and Chant (two towns that eventually merged into one) for their miners. In 1912 a violent explosion underground rocked the Number Two mine at McCurtain, killing seventy-three miners and sending the San Bois Company into bankruptcy. Smaller mining operations occurred at Kanima, Sans Bois, and Stigler. In 1901 the Fort Smith and Western Railway built to McCurtain/Chant, from east to west, and then in 1902 finished the rail line through the rest of the county, with Kinta and later Lequire, taking advantage of their locations adjacent to the tracks. In 1904 in northern Haskell County the Midland Valley Railroad Company built a line from southeast to northwest, running through Cartersville, Keota, Ironbridge, and Stigler. The mine disaster and the decline of the coal industry in the 1920s led to a significant reduction of underground mining in Haskell County. After the middle of the twentieth century strip mining became the area's dominant method of coal extraction, much of it done by the Lone Star Steel Company. Between 1950 and 1981 Haskell County accounted for 20 percent of Oklahoma's total coal production.

Agriculture, mainly cotton followed by corn and oats, drove the early-twentieth-century economy. The devaluation of cotton and the onset of the Great Depression ultimately led to diversification, making ranching the emphasis. At one point in 1934 more than 85 percent of Haskell County's population received federal help through the Federal Emergency Relief Administration. The county population also dropped from 19,397 in 1920 to 16,216 in 1930. Although in 1940 the population climbed to 17,324, World War II and a rural-to-urban exodus led to a slow decline the next twenty years, with a county census low of 9,121 in 1960. In 1964 livestock accounted for 70 percent of the county's agricultural income. Toward the end of the twentieth century natural gas, oil, coal, and recreation dollars (generated by Lake Eufaula and the Kerr Reservoir) also contributed to the county's economy.

In the early 1940s, as much of Oklahoma benefited from flood control measures such as the Grand River Dam, Haskell County residents suffered three large floods. Many residents bitterly blamed the Grand River Dam Authority for these disasters, as no devastating floods had occurred in the area since 1888. The county later benefited from the Eufaula Dam (1964), which created tourism, and from the McClellan-Kerr Arkansas River Navigation System and Robert S. Kerr Reservoir (1970), which created shipping and tourism. The population also slowly increased after these projects, registering 9,578 in 1970 and 11,010 in 1980.

In addition to the McCurtain brothers, Belle Starr, a well-known, late-nineteenth-century figure, resided across the river from present Haskell County and was a frequent visitor to Whitefield and other nearby locations. She and her various husbands and outlaw cohorts plagued eastern Oklahoma with several crime sprees. In 1889 an unknown adversary murdered Starr in Haskell County west of Whitefield. Bill Mauldin immortalized Rayson J. Billey, a native of Keota, as Willie in Mauldin's Willie and Joe Cartoons and the book Up Front. As a sergeant in the Forty-fifth Infantry Division during World War II, Billey, a Choctaw, received a number of medals, including the Purple Heart. An important political figure in the area, William G. Stigler, son of Stigler founder Joseph Stigler, served in the U.S. House of Representatives from 1944 to 1952. Theodore M. Risenhoover, a 1952 Stigler High School graduate, held a seat in the U.S. House of Representatives from 1974 to 1978.

The following (as per The Chicago Manual of Style, 17th edition) is the preferred citation for articles:
Larry O'Dell, “Haskell County,” The Encyclopedia of Oklahoma History and Culture, https://www.okhistory.org/publications/enc/entry.php?entry=HA047.