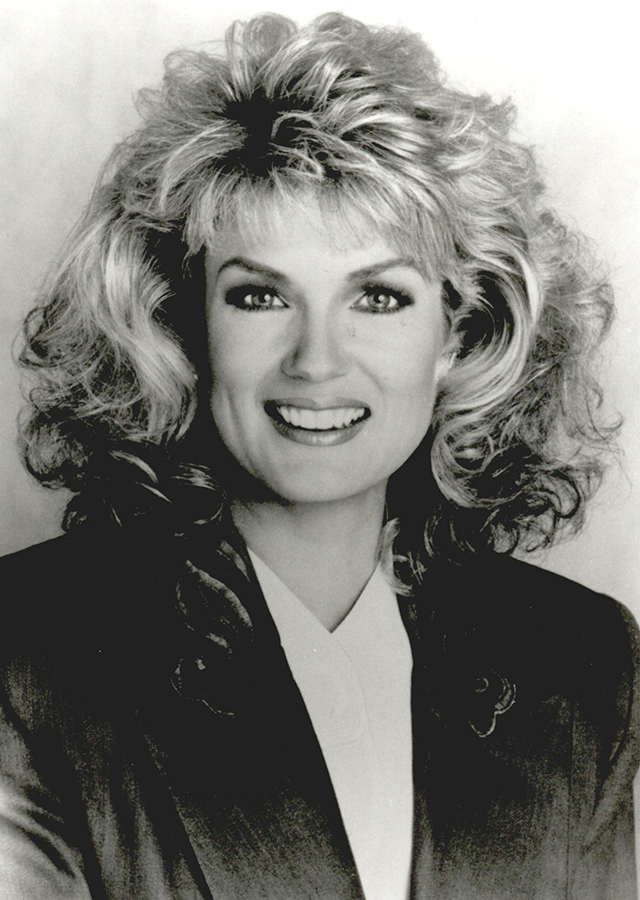 Born on November 8, 1950, in Madison, South Dakota, television personality Mary Hart was one of three children of Robert Leroy and Dorothy A. Erickson Harum. The Harum family lived in Sioux Falls (South Dakota), in Denmark, and in Sweden. Of Scandinavian descent, Hart fluently speaks Danish and Swedish. After graduating from high school, she earned a bachelor of arts degree from Augustana College (Sioux Falls) in 1972.

Before joining the Entertainment Tonight television show in 1982, Mary Hart taught high school English, hosted a local cable television show in Sioux Falls, was crowned Miss South Dakota in 1970, and was a semi-finalist in the 1971 Miss America pageant. Hart started her television career in Omaha, Nebraska. She then moved to Oklahoma City circa 1976 and joined local television personality Danny Williams as co-host of the Dannysday talk show. In 1979 Hart moved to Los Angeles where she co-hosted The Regis Philbin Show for a brief period in 1981. She quit hosting the Entertainment Tonight show after thirty seasons.

Mary Harum's first marriage, to Terry Hart in 1971, ended in a divorce eight years later. On April 8, 1989, she married television producer Burt Sugarman, with whom she had a son named Alec Jay. In 1999 Mary Hart was inducted into the Broadcasting and Cable Hall of Fame, and in 2002 she received the Gracie Allen Award.

The following (as per The Chicago Manual of Style, 17th edition) is the preferred citation for articles:
Linda D. Wilson, “Hart, Mary Johanna Harum,” The Encyclopedia of Oklahoma History and Culture, https://www.okhistory.org/publications/enc/entry.php?entry=HA061.