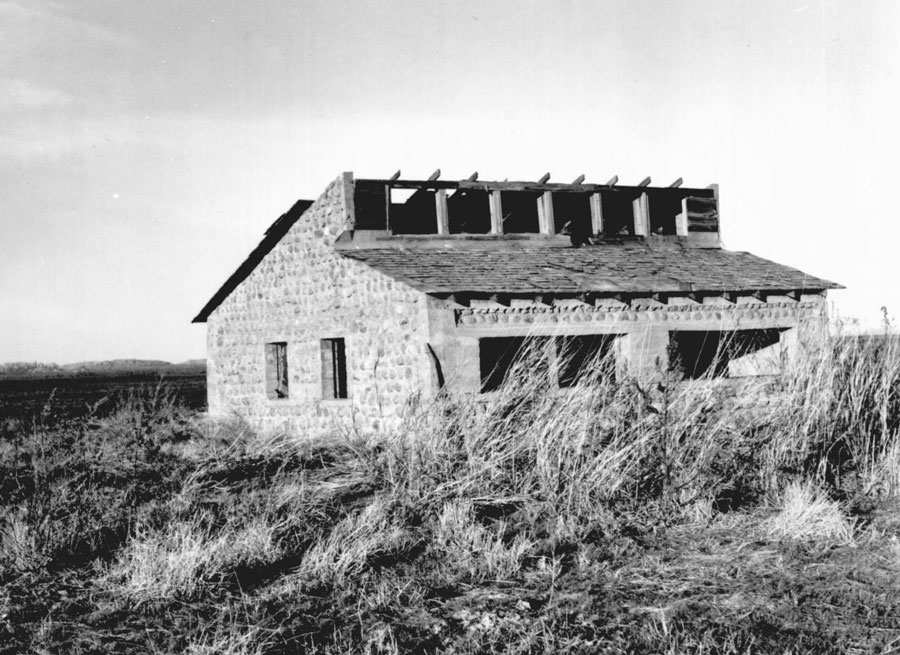 Located in Jackson County, Headrick lies eleven miles east of Altus and one-half mile south of U.S. Highway 62. The town was named after T. B. Headrick, a promoter who established the townsite in 1901. Settlement of the area began in the mid-1880s. The first school, Union, was erected in 1888, north of the present Headrick cemetery. From 1901 to 1903 the Oklahoma City and Western Railroad (acquired by St. Louis and San Francisco Railway in 1907) built a line from Oklahoma City through Lawton, Headrick, and Altus to Quanah, Texas. This route was a deathblow to the pioneer town of Navajoe, located seven miles northwest of Headrick. The newly built Navajoe Hotel was moved in 1901 to Headrick, as were many houses and business buildings. Citizens from Navajoe formed Headrick and provided its leadership. Fertile soil in the area provided homesteaders the opportunity to plant vegetable gardens and fruit trees. Farmers grew cotton, wheat, and maize and raised livestock in the surrounding agricultural area. The weekly Headrick Leader kept the settlers informed. At 1907 statehood population stood at 212; it peaked at 280 in 1920. By 19 70 the population reached a low of low 139 but rose to 223 in 1980 before dropping to 183 1990.

In addition to the railroad, school development and location affected Headrick's growth. In 1899 the South Bend school district was formed. An effort was made to relocate the Union School building from the southern edge of the district to a more central site. However, some residents objected. When it became apparent that the settlers were going to relocate the schoolhouse, certain citizens went to the district court in Mangum to get an injunction against moving the building. However, some settlers had gathered together after church services on the previous night, and they moved the schoolhouse to their desired location. Because the injunction stated that the schoolhouse was never to be moved from its "present" location, and it had already been moved before the court order was entered, the men returning from Mangum learned that the injunction they sought to help them actually worked against them. The school system merged with that of Friendship, which later became Navajo (now spelled without a terminal e) Consolidated School for eastern Jackson County. Children from Headrick are bused to the Navajo school.

At the turn of the twenty-first century Headrick had 130 residents. With a few small businesses, the town served as a "bedroom" community for residents employed in Altus and at Altus Air Force Base. In 2010 the town had 94 inhabitants.

The following (as per The Chicago Manual of Style, 17th edition) is the preferred citation for articles:
Tal Oden, “Headrick,” The Encyclopedia of Oklahoma History and Culture, https://www.okhistory.org/publications/enc/entry.php?entry=HE001.