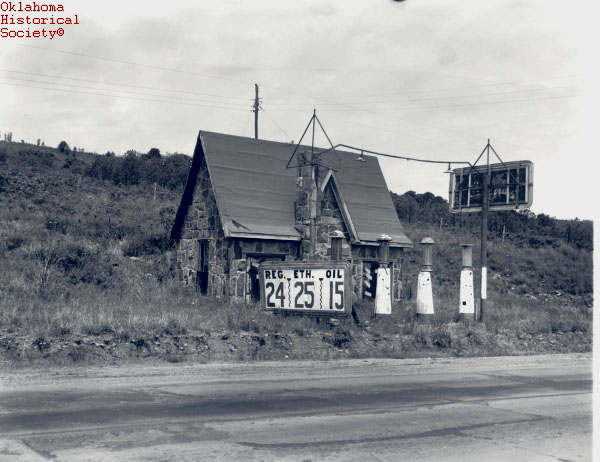 The Alfalfa County community called Jet began to emerge in the prairie plains of the recently opened Cherokee Outlet in the mid-1890s. At the opening in 1892 six bachelor brothers, Joseph, Trigg, Newt, Warner, John, and Richard Jett homesteaded adjacent land parcels around the Barrel Springs, about two miles from the present town. Named for them, the present community of Jet (spelled with one t) is located south of Great Salt Plains in the east-central part of the county, twelve miles east-southeast of Cherokee, the county seat, and is accessed by U.S. Highway 64. The Jett brothers constructed buildings on Dick Jett's land and opened a store. Jet received a postal designation in June 1894 with Warner Jett as postmaster. A nearby sod house soon served as a school for farmers' children. The town of Jet was incorporated in 1900 from part of Saline Township.

In December 1905 the Frisco Townsite Company of the Denver, Enid and Gulf Railroad (DE&G, later acquired by the Atchison, Topeka and Santa Fe Railway) surveyed a new townsite for Jet. It was reestablished two miles west of the original town on 160 acres in the adjoining corners of the homesteads of Joseph Todd, Frank Cary, Charles George, and Melvin Brummett. As the DE&G built its way northwest from Enid through Alfalfa County to Kansas, service was extended to Jet and Cherokee. By January 11, 1906, according to the Jet Visitor, "the moving of business houses to the new town [was] now in full blast." New brick buildings rapidly appeared, and about one hundred others had been moved from the old site or built in the new one by the middle of February. By April, Methodist, Presbyterian, Baptist, and Mennonite congregations regularly met. By August there were seven general stores, two hotels, two banks, two grain elevators, and a two-room school under construction. At 1907 statehood Jet sheltered 213 people.

Since that first two-room school of 1906 and a brick schoolhouse built in 1910, larger buildings have served Jet's consolidated school district. From the 1930s it covered a one-hundred-square-mile area. By 2000 the town had an elementary school that was part of the consolidated Timberlake School District.

Jet area residents have made their living by farming or in agribusiness. Wheat, livestock, and poultry were the main products. The petroleum industry has added a modest amount of income to the local economy. As early as 1904–05 drilling was under way, and in the 1920s and 1930s an oil and gas field opened. The town's population grew before World War II, reaching 389 in 1930 and peaking at 442 in 1940 despite the onset of the Great Depression.

As early as 1906 the salt flats five and one-half miles north of town were used for dog and horse racing. After the Great Salt Plains became a national wildlife refuge in 1930, Jet benefited from tourism there and at the lake created in 1941. To facilitate visitor access, the state constructed State Highway 38 leading north from town around the east side of the lake and joining State Highway 11.

In the World War II era Jet's population numbers declined as residents and their children went to war or sought jobs in larger towns. The 1950 census registered 371, but by 1970 only 317 lived there. The 1970s and 1980s oil boom brought a slight increase to 351. During the 1990s rail service ended, but Jet residents supported three churches and about a dozen retail businesses. Several oil-field services kept offices there, and a Farmers Coop Elevator still operated. Over the last two decades of the twentieth century the number of inhabitants dwindled to 230 in 2000 and to 213 in 2010.

The following (as per The Chicago Manual of Style, 17th edition) is the preferred citation for articles:
Dianna Everett, “Jet,” The Encyclopedia of Oklahoma History and Culture, https://www.okhistory.org/publications/enc/entry.php?entry=JE008.