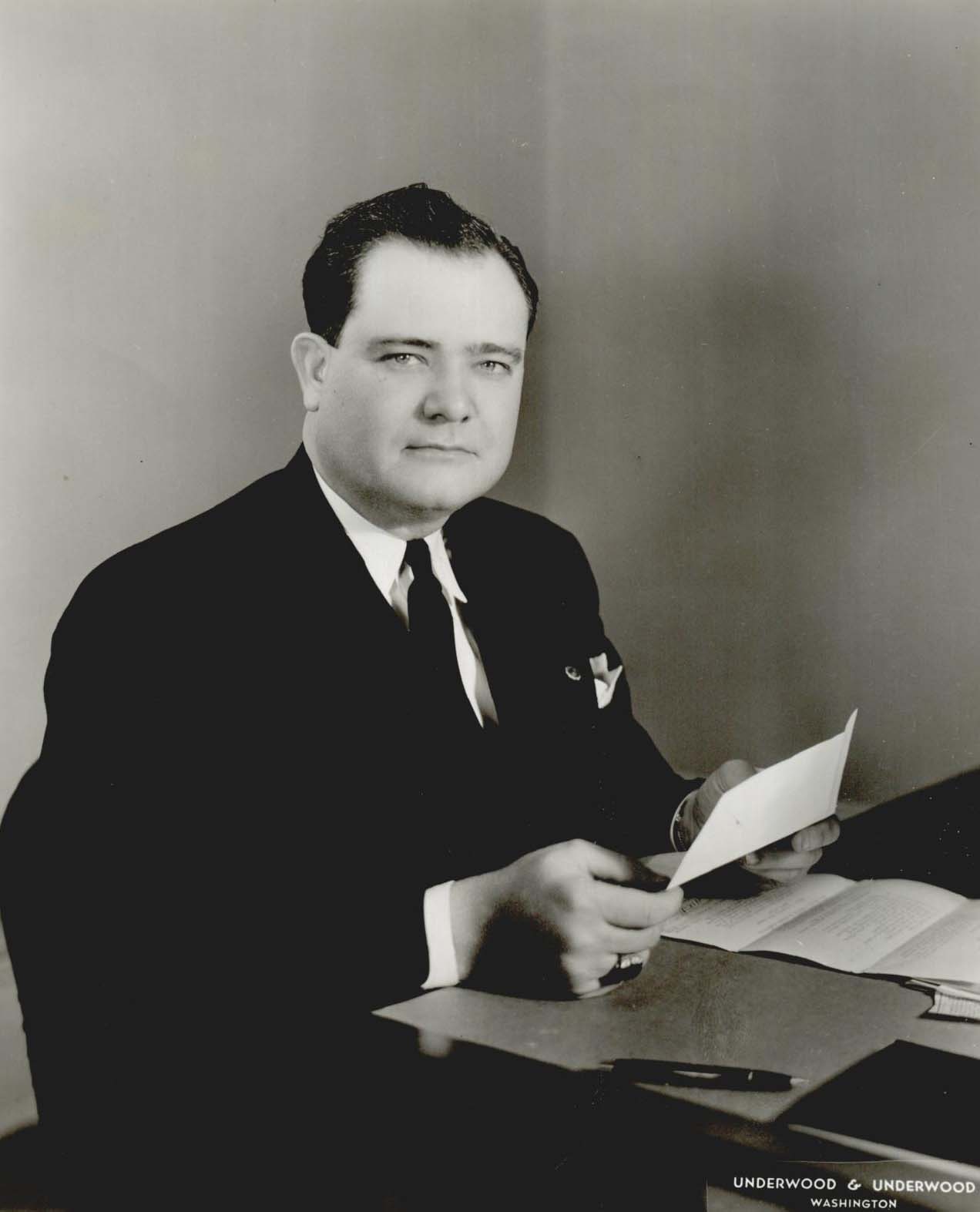 Coming home from World War II, U.S. Rep. Glen Dale Johnson defeated a legend, Congressman Lyle H. Boren, in the 1946 race for Oklahoma's Fourth District seat in the U.S. House of Representatives. Johnson was born in Melbourne, Arkansas, September 11, 1911, to Willie and Jeffie Johnson. In 1920 the Johnson family moved to Tuskegee, Oklahoma, and then to Paden. After graduation from Paden public schools, Johnson attended law school at the University of Oklahoma. There he served three terms as president of the League of Young Democrats. Admitted to the bar shortly after graduation, he opened a law office in Okemah in 1939.

In 1940 he was elected to the Oklahoma House of Representatives and moved quickly up the ladder of leadership, thanks to the help of Gov. Leon "Red" Phillips, his Okemah neighbor. In 1942, as World War II raged in Europe, Johnson resigned his House seat and enlisted as a private in the U.S. Army. On one three-day pass, he married Imogene Storms in Okemah on December 5, 1942. Four years later he was discharged from the army as a major and resumed the practice of law in Okemah.

While still in France adjudicating claims against the U.S. government, he decided to run for Congress from the Fourth District against Lyle H. Boren, a ten-year House veteran. Because Boren had been criticized for not resigning from Congress to join the army during the war, Johnson took advantage of a negative public attitude toward the congressman. He swept past Boren and on to victory in the general election.

Johnson joined a prestigious congressional freshman class in 1947. Among new members were Oklahoman Carl Albert, who later became speaker of the house, John F. Kennedy of Massachusetts, later president, and Richard M. Nixon of California, also a future president. Because of his military background, Johnson received an appointment to the powerful Committee on Veterans Affairs. In that position he was able to be a leader in the movement to provide better services to America's veterans. He also was a key figure in passing postwar labor and farm legislation. He did not run for reelection in 1948, instead opting to run for the U.S. Senate seat left vacant by the retirement of E. H. Moore. Johnson ran fifth in the Democratic primary, led by the eventual winner, Robert S. Kerr.

Johnson was appointed to the National Production Authority, a postwar agency charged with monitoring the collection and allocation of scrap metal. In 1954 he was practicing law in Oklahoma City when his only child, Glen D. Johnson, Jr., was born. The younger Johnson later became speaker of the Oklahoma House of Representatives and president of Southeastern Oklahoma State University.

In 1961 Johnson returned to Washington as an attorney for the Department of the Interior and as chair of the Oil Import Appeals Board in 1963. In 1969 he moved to Muskogee and served as an Interior Department attorney, a position he held until his retirement in 1972. He died in Okemah of congestive heart failure on February 10, 1983, three weeks after his son was sworn in as a member of Oklahoma's House of Representatives.

The following (as per The Chicago Manual of Style, 17th edition) is the preferred citation for articles:
Bob Burke, “Johnson, Glen Dale,” The Encyclopedia of Oklahoma History and Culture, https://www.okhistory.org/publications/enc/entry?entry=JO006.