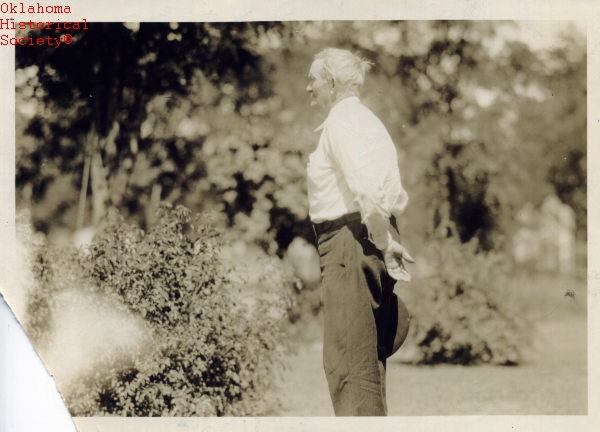 In the 1870s and 1880s the nation's pressure to expand the West created a recognizable region that included the Texas and Oklahoma panhandles and southwestern Kansas, best described as a ragged, imperfect triangle with Dodge City the hub and anchor. The Jones and Plummer Trail was founded by hunters Charles Edward "Dirty Face" Jones and Joe H. Plummer. They formed a short-lived partnership and opened a dugout store at the mouth of Wolf Creek in the Texas Panhandle, between Dodge City and Mobeetie, Texas. Jones staked a trail to both locations for his own use, but it was open to all comers.

Known from the beginning as the Jones and Plummer Trail, the route stretched 168 miles from Dodge City to Mobeetie. The trail crossed the Cimarron River at Miles Landing, located east of present State Highway 23 in Meade County, Kansas, before entering the Oklahoma Panhandle. The trail then ran south-southwest to the site of present Beaver and forded the Beaver (North Canadian) River. Continuing south, the trail entered the Texas Panhandle north of Booker.

Jones planned the trail well. The watering places were spaced closer together than those of most other trails, and he chose smoother terrain. Nevertheless, the path was no modern highway. The ruts were bumpy, deep, and erratic, making for risky and unpleasant travel. The six flowing-stream crossings were the most dangerous part of the journey, but the trail's shifting sand was the most annoying aspect and sometimes just as hazardous. Any unexpected event could become a dangerous reality anywhere along the road. The Cimarron River was usually placid and easily crossed, with the waters hardly justifying their treacherous reputation. With heavy rains, however, the stream could widen to four hundred yards filled with quick sand. Many freighters told harrowing stories of sinking into quicksand and crashing through ice.

There were frequent alterations from Jones's original staking. The trail was sometimes relocated to meet the demands of towns that had been organized nearby so that townspeople could divert the route down their main streets. In spite of the route's primitive nature, at the height of freighting days in the mid-1880s it carried an amazing quantity of goods and traffic. The trail's greatest contribution was in attracting settlers. Road ranches and new towns sprang up along its route. The trail was a guide and compass for settlers, creating not just a linkage from Dodge City and Mobeetie, but also a sense of community for the region and a contact with the world outside. The trail was a major factor in providing the economic base for the region's later prosperity.

The Jones and Plummer Trail served a positive purpose for twenty years, but railroads sounded its death knell. After the arrival of the Atchison, Topeka and Santa Fe Railway locomotive in Dodge City on New Year's Day 1888, the unused old ruts were soon covered over and forgotten.

The following (as per The Chicago Manual of Style, 17th edition) is the preferred citation for articles:
C. Robert Haywood, “Jones and Plummer Trail,” The Encyclopedia of Oklahoma History and Culture, https://www.okhistory.org/publications/enc/entry.php?entry=JO017.