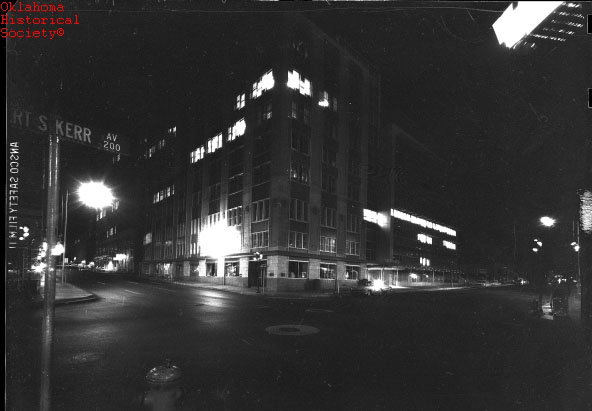 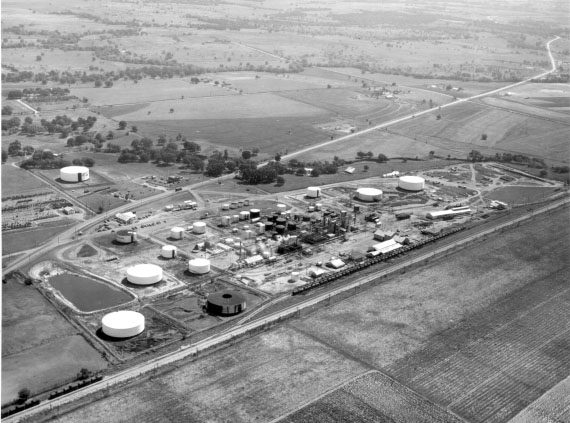 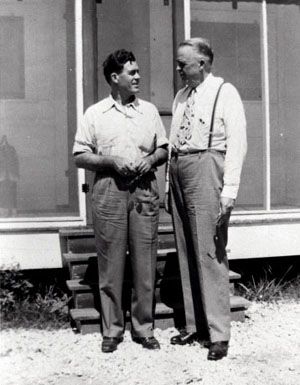 Founded in 1929 at Ada, Oklahoma, the Kerr-McGee Corporation is a leading inorganic chemical and petroleum and natural gas exploration firm known internationally as a leader in offshore drilling. The company's history is closely linked with the economic and political history of Oklahoma. Robert S. Kerr and James Anderson began the company as Anderson and Kerr Drilling Company in 1929. Kerr was governor of Oklahoma from 1943 to 1947 and served in the U.S. Senate from 1949 to 1963. He remained chair of the board of Kerr-McGee throughout his time in public office. Dean A. McGee served as head of production from 1938 until he was named president and chief executive officer in 1954. Upon Senator Kerr's death in 1963, McGee became chair of the board, a position he held until 1983. The company changed its name to Kerr-McGee in 1946.

Kerr-McGee's most notable technological innovations were in the area of offshore drilling platforms. In 1947 McGee led the company in establishing the first commercial offshore oil well. As the foundation of their latest wave of offshore drilling technologies, in 1996 the company pioneered the "spar," a vertical, floating cylinder that can be moved from place to place and on which a drilling platform can be mounted.

The company's operations expanded after World War II to include inorganic chemical processing. In 1952 Kerr-McGee became the first oil company to mine uranium and subsequently became a leader of Oklahoma's nuclear power industry. Plants were maintained near Cushing, Crescent, and Gore. By 1989 the company had closed its nuclear power operations. In 1967 through an acquisition, Kerr-McGee began producing high-grade titanium dioxide pigment and by the early twenty-first century was the world's third largest producer of this "whitener," which is used in a wide variety of commercial and consumer products.

At the end of the twentieth century Kerr-McGee produced oil and gas in China's Bohai Bay and in the Gulf of Mexico as well as onshore in the United States. International global energy operations employed four thousand workers by the year 2000. On June 23, 2006, Kerr-McGee directors agreed to a buyout by Anadarko Petroleum Corporation of The Woodlands, Texas, that involved moving the headquarters from Oklahoma City to Houston, Texas.

The following (as per The Chicago Manual of Style, 17th edition) is the preferred citation for articles:
Ross Peterson-Veatch, “Kerr-McGee Corporation,” The Encyclopedia of Oklahoma History and Culture, https://www.okhistory.org/publications/enc/entry?entry=KE010.