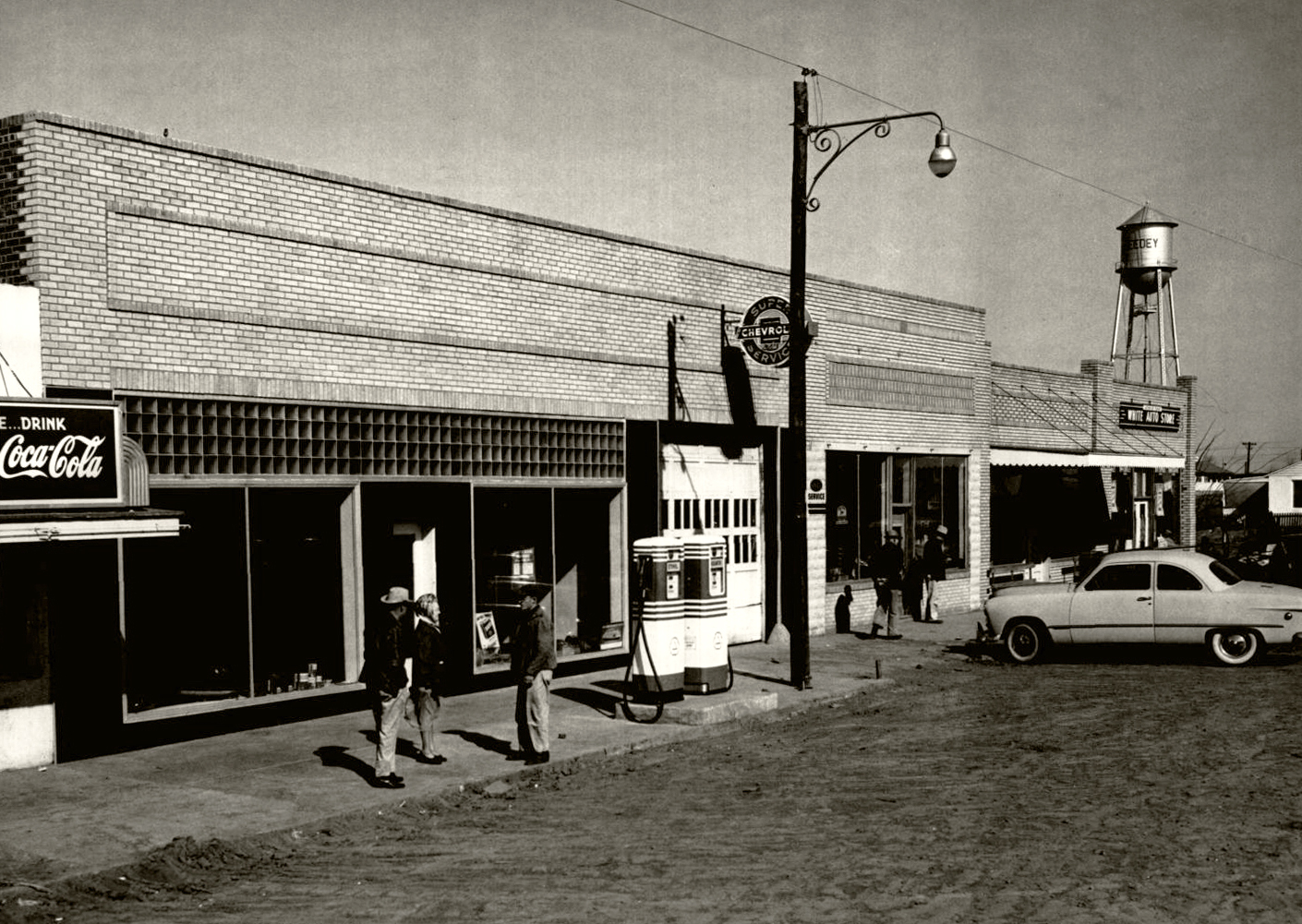 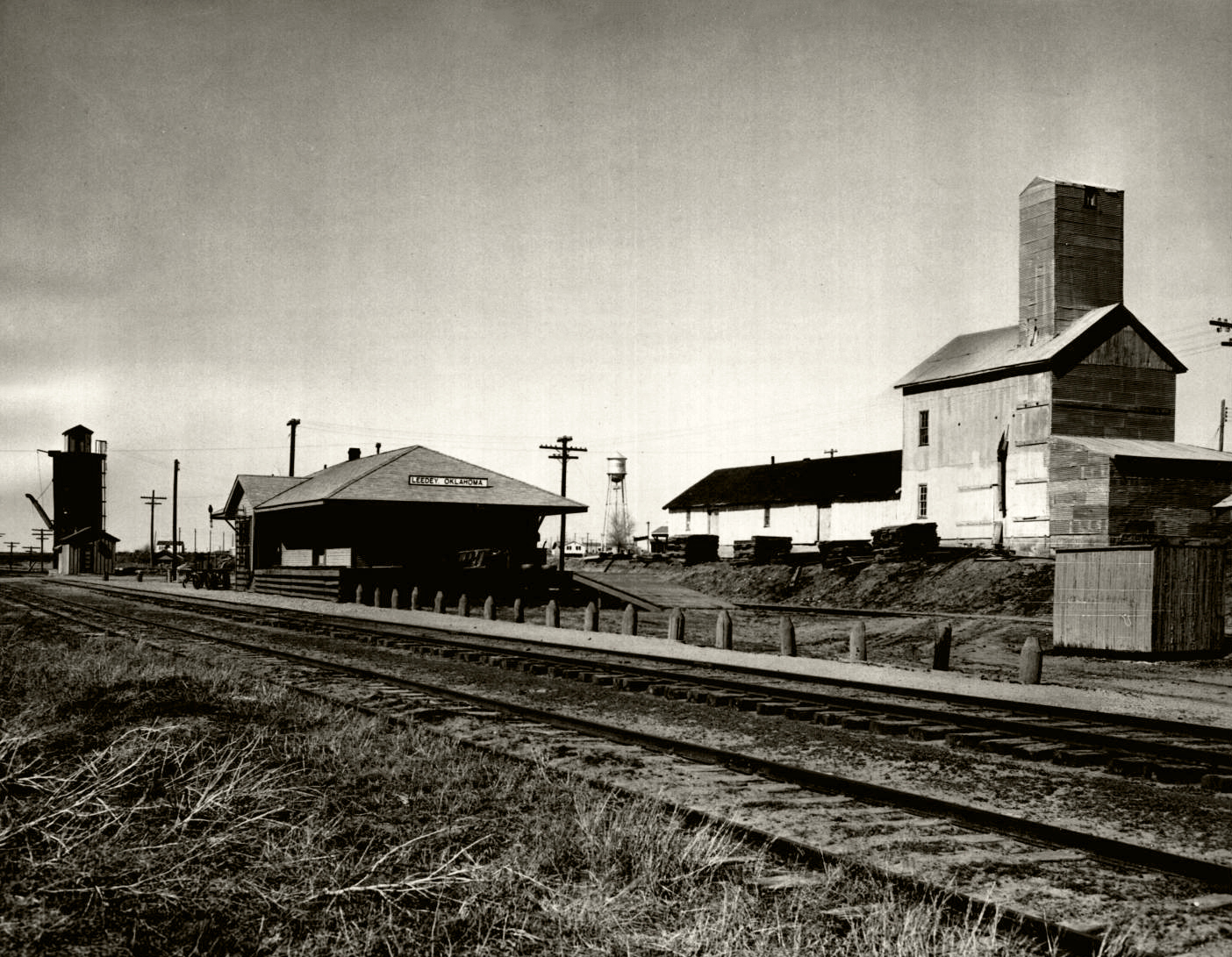 The incorporated town of Leedey is located two miles north of the junction of State Highways 34 and 47. Named for early settler Amos Leedey, the town is situated in the southwestern corner of Dewey County. Originally known as D County, Dewey County was created after the Cheyenne-Arapaho Reservation was opened for non-Indian settlement on April 19, 1892. The post office was established on January 6, 1900, with Leedey as the first postmaster. The community grew after the Wichita Falls and Northwestern Railway (later part of the Missouri, Kansas and Texas Railroad, or Katy) completed a line between Elk City and Leedey in 1911. On October 11 that year Leedey incorporated. In 1916 two early newspapers, the Leedey Times and the Leedey Herald, merged to become the Leedey Times and Herald.

Agriculture and the oil and gas industries have contributed to the town's economy. In 1912 Leedey farmers shipped 485 railroad cars loaded with broomcorn. In 1923 Leedey was touted as the latest oil-boom town due to drilling in the area. In the 1930s two broomcorn warehouses and a grain elevator operated. The first federal census reported for Leedey indicated 468 inhabitants in 1920. Population increased and peaked at 646 in 1930, possibly due to oil well drilling during the 1920s. Numbers have decreased from 574 in 1940 to 499 in 1980 to 468 in 1990.

On May 31, 1947, a tornado hit Leedey, killing six and injuring fifteen individuals. Approximately 20 businesses and 147 homes were destroyed. The War Assets Administration (WAA) offered surplus barracks from Fort Sill to house Leedey's homeless residents. The WAA sold, at a reduced price, the telephone equipment from the Oklahoma Ordnance Works. Fifty years later, in May 1997, townspeople remembered the disaster with a week-long commemoration called "Roll of Thunder." In November 2001 another disaster hit the small town when a fire destroyed three businesses.

In September 1962 townspeople buried a time capsule containing historical information about the town and Dewey County. The capsule will be opened on October 11, 2011, during the town's centennial. The town's only restaurant is a post–World War II diner (a prefabricated eatery produced by the Valentine Manufacturing Company of Wichita, Kansas), which was moved from Sayre to Leedey in 1993. At the turn of the twenty-first century Leedey had 345 residents, of whom 95.6 percent of those employed commuted to work. The school district had an enrollment of 188 in grades prekindergarten through twelve. The 2010 census recorded an increase to 435 inhabitants. Film star Darla Hood hailed from Leedey. Some of her personal items and other local artifacts are housed there in the Boswell Museum.

The following (as per The Chicago Manual of Style, 17th edition) is the preferred citation for articles:
Linda D. Wilson, “Leedey,” The Encyclopedia of Oklahoma History and Culture, https://www.okhistory.org/publications/enc/entry.php?entry=LE005.