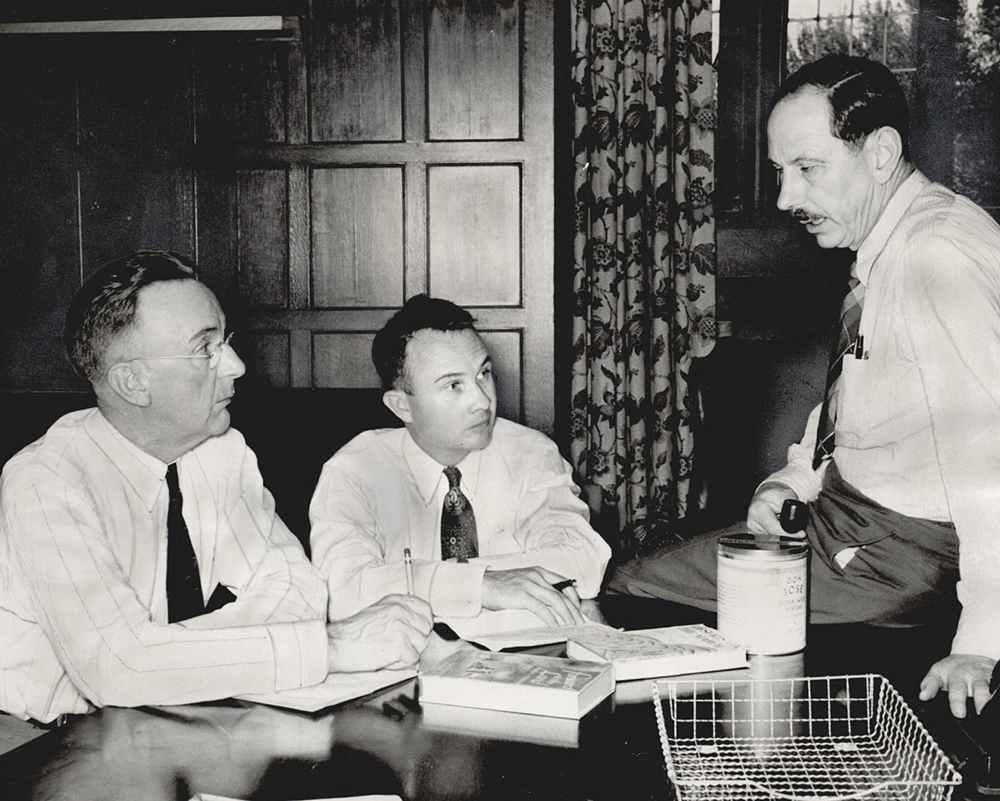 Editor and historian Savoie Lottinville was born November 17, 1906, in Hagerman, Idaho, to Walter Jacob and Mary Elizabeth Lottinville, who moved their family to Tulsa when their son was young. He attended public schools in Tulsa and graduated from the University of Oklahoma with an English degree. In 1932–33 he worked as a journalist for the Oklahoma City Times. A Rhodes scholar, after three years abroad Lottinville returned to Oklahoma with a master's degree from Oxford University and knowledge gained from interim studies at Bonn, Berlin, and Munich, Germany. In Oklahoma he worked for the University of Oklahoma Press and in 1938 was named press director, succeeding Joseph Brandt, the press's founder. Lottinville also coached the boxing team during his early years at the university.

The following (as per The Chicago Manual of Style, 17th edition) is the preferred citation for articles:
Guy Logsdon, “Lottinville, Savoie,” The Encyclopedia of Oklahoma History and Culture, https://www.okhistory.org/publications/enc/entry.php?entry=LO016.