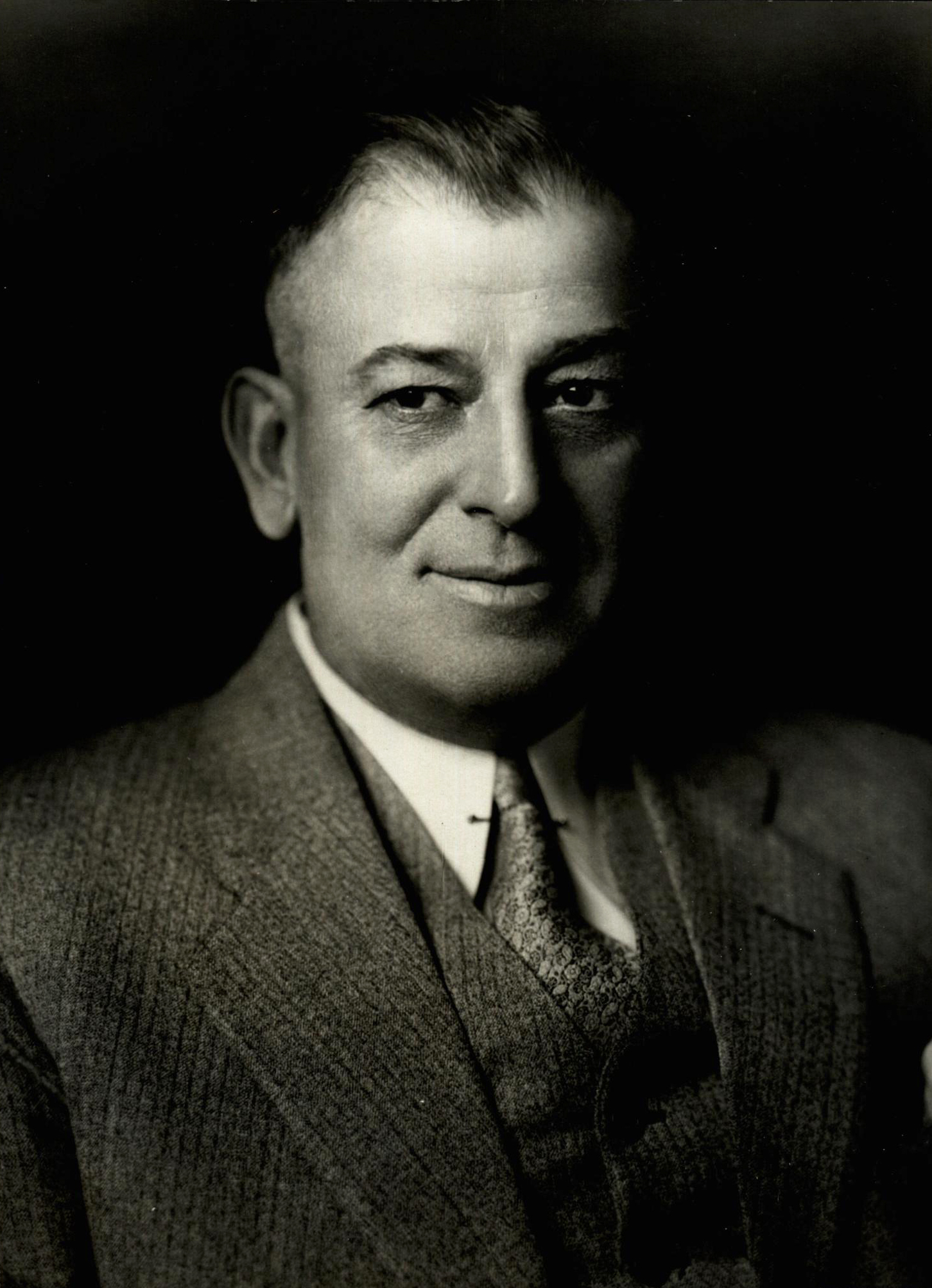 Dubbed "Sunny Jim" by his constituents, U.S. Rep. James Vernon McClintic was born on a farm near Bremond, Texas, on September 8, 1878. The son of George V. and Emma Clay Procter McClintic, the future congressman moved with his family to Groesbeck, Texas. A graduate of Groesbeck High School, McClintic attended AddRan Christian University (now Texas Christian University) for three years. Following an apprenticeship with a wholesale dry goods company in St. Louis, Missouri, he returned to Texas as a salesman.

In 1901, when the Kiowa-Comanche-Apache lands were opened to settlement by a land lottery, the young Texan unsuccessfully tried to obtain a homestead. Not content to relinquish his interest in this new land, McClintic moved to Snyder in 1902 and opened the Texas Store, a mercantile business. Two years later he married Emma May Biggs. The McClintics had two daughters.

In 1906 the lure of the land drew McClintic to Texas County, and he filed on a homestead. Following a brief stay in the Panhandle he returned to Snyder and made his first foray into politics when he was elected city clerk in 1908. The next year he became Kiowa County court clerk. A Democrat, he resigned this position in 1911 when voters elected him as the representative from Swanson County to the Oklahoma Legislature. After the courts invalidated this election on the grounds that this county was formed illegally, he was elected to the Oklahoma Senate in 1912. In 1914 he resigned and sought Oklahoma's Seventh District seat in the U.S. House of Representatives. Successful in this election bid, he held this position for the next twenty years. While in the nation's capital, he attended law school at Georgetown University and was admitted to the Oklahoma Bar.

During McClintic's two decades in the Congress he served on various committees, including Expenditures on Public Buildings; Merchant Marine and Fisheries; Patents; Public Lands; Pensions; Printing; Elections Number One; Naval Affairs; and Ways and Means. As a longtime member of the Naval Affairs committee, the congressman gained national attention for his belief that air power was more important than battleships for the country's security. In addition, the solon implemented measures that led to the first aircraft military training at the Naval Academy at Annapolis and repeatedly proposed legislation to equip battleships with skeleton steel decks in order that they could serve as aircraft carriers. In 1920 he became the first member of Congress to propose legislation to guarantee deposits in banks. This pioneering measure led to the 1933 Glass-Steagall Act, which established the Federal Deposit Insurance Corporation. Also during his congressional tenure he implemented the first school for Senate and House pages.

In 1934 McClintic was defeated for reelection by Sam Massingale, mainly because of voter dissatisfaction with the New Deal. Though he tried unsuccessfully to regain his seat in 1941 and in 1946, the former congressman remained in public service. Following his work as the executive assistant to Oklahoma Gov. Ernest W. Marland, he returned to Washington, D.C., and was the director of safety education for the District of Columbia from 1940 to 1941, special assistant to the secretary of the interior from 1942 to 1943, and industrial specialist in the Readjustment Division of the Department of War from 1944 to 1945.

In 1945 McClintic resumed his practice of law. On April 22, 1948, while on a train near Chicago, the ten-term congressman suffered a fatal heart attack. He was interred in Rose Hill Cemetery in Oklahoma City.

The following (as per The Chicago Manual of Style, 17th edition) is the preferred citation for articles:
Carolyn G. Hanneman, “McClintic, James Vernon,” The Encyclopedia of Oklahoma History and Culture, https://www.okhistory.org/publications/enc/entry.php?entry=MC010.