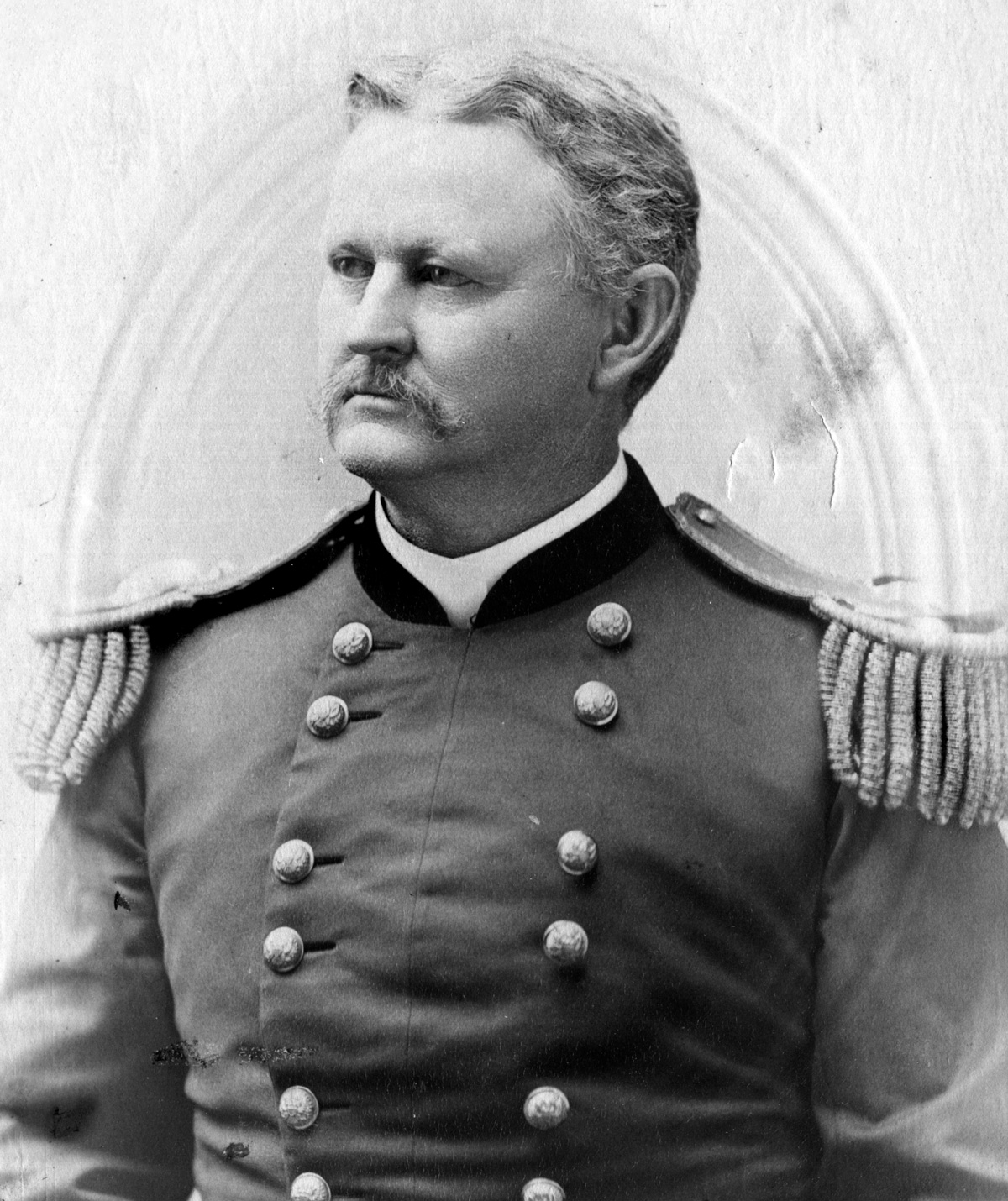 Gen. Wesley Merritt served as military commander of the U.S. Army troops dispatched to the Oklahoma District preparatory to the Land Run of 1889. He was born in New York June 16, 1834, to John W. and Julia Anne Merritt and graduated with the West Point Class of 1860. During the Civil War he experienced a distinguished career from his appointment as a young lieutenant and aide-de-camp to Gen. Philip St. George Cooke to brevet brigadier general of cavalry. After the war he was first promoted to chief of cavalry for the Department of Texas. From 1866 to 1879 he served in the Indian Wars of the American West, first as lieutenant colonel of the Ninth Cavalry, a "buffalo soldier" regiment, and later as colonel of the Fifth Cavalry. He commanded the Fifth Cavalry at the Battle of War Bonnet Creek in the last great battle with the Northern Cheyenne. He served as superintendent of the United States Military Academy at West Point, New York, from 1882 to 1887. In April 1887 he was promoted to brigadier general. After leaving the Point, he was given command of the Department of the Missouri.

In 1889, just prior to the Land Run, Merritt was ordered to send troops to the Oklahoma District for the purpose of maintaining order in the absence of civilian governmental authority. He traveled by train to the district, arriving a few days before the run to inspect the camps at Oklahoma City and Guthrie. In his report of September 1889 he credited the soldiers with being "an important factor in preserving the peace." Late in his career he served in the Spanish-American War as commanding general of the first Philippine expedition. At the end of hostilities he served for a couple of weeks as the first military governor of the Philippines before turning over that command to Gen. Arthur MacArthur, who, during the Land Run of 1889, had also been present in Oklahoma as commanding officer of Camp Guthrie. Merritt retired from the army in 1900 and died on December 3, 1910, at Natural Bridge, Virginia.

The following (as per The Chicago Manual of Style, 17th edition) is the preferred citation for articles:
Donald E. Green, “Merritt, Wesley,” The Encyclopedia of Oklahoma History and Culture, https://www.okhistory.org/publications/enc/entry.php?entry=ME017.