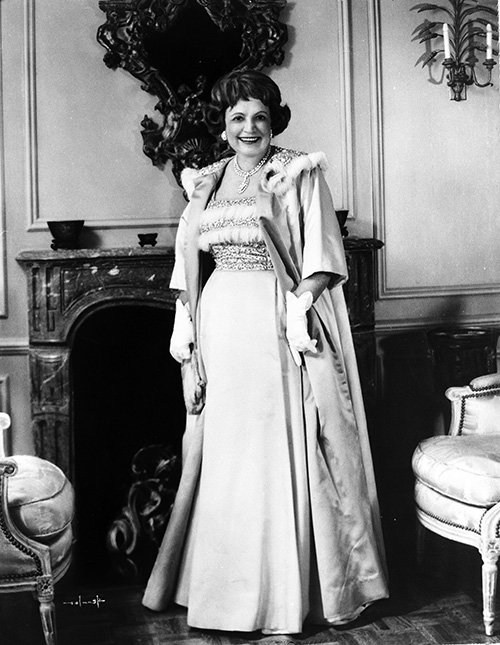 Pearl (later Perle) Reid Skirvin was born October 12, 1889, in Sturgis, Michigan, to William Balser and Harriet Elizabeth Reid Skirvin. William Skirvin was an Oklahoma City real estate and oil tycoon, which meant that Perle enjoyed a comfortable upbringing. In 1917 she married George Mesta, a Pittsburgh machine-tool magnate and major contributor to the Republican Party. She thus gained access to the powerful and had made substantial inroads into Washington, D.C., society by the time her husband died in 1925. She neither remarried nor had children.

Inheriting two fortunes freed Mesta to hone her skills as a society hostess and Republican fundraiser in the 1930s. She also entered the worlds of business, profitably managing an Arizona cattle ranch, and women's politics, playing a leading role in the National Woman's Party. In the early 1940s, perceiving GOP disunity and acknowledging her own liberalism, Mesta switched to the Democrats. She then became a friend and early booster of Harry Truman; her ascent in society paralleled his in politics. After Truman became president in 1945, Mesta secured her status as Washington's number-one hostess. She enhanced her political influence by raising large sums to sustain Truman's 1948 campaign and retire Democratic debts in its aftermath.

Truman named Mesta U.S. minister to Luxembourg in 1949, making her the nation's third woman to be a chief of mission. Minister Mesta was effective and immensely popular despite the hostility and obstructionism of State Department officials. The satirical Broadway musical she inspired, Call Me Madam (1950), only enhanced her fame as "the Hostess with the Mostes'."

Resigning her diplomatic post in 1953, Mesta resumed party giving and retained much of her informal influence through the 1960s. She remained active as well, however, in politics and philanthropy. Despite having lived in many states, she always considered herself an Oklahoman. Perle Mesta died on March 16, 1975, in Oklahoma City.

The following (as per The Chicago Manual of Style, 17th edition) is the preferred citation for articles:
Philip Nash, “Mesta, Perle,” The Encyclopedia of Oklahoma History and Culture, https://www.okhistory.org/publications/enc/entry.php?entry=ME018.