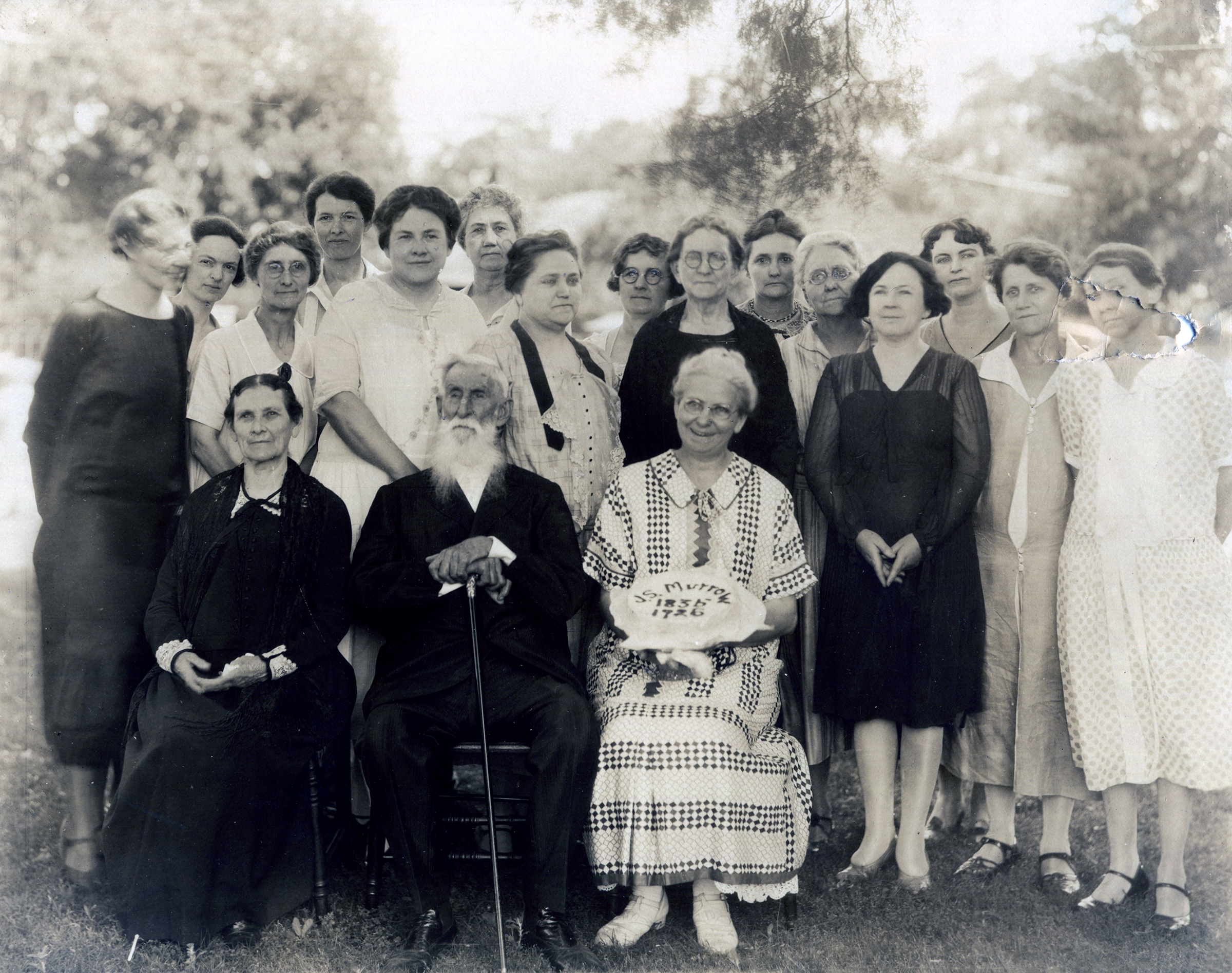 Pioneer Baptist missionary and considered to be the father of Oklahoma Masonry, Joseph Samuel Murrow was born the youngest child of Mary Badger and John Murrow on June 7, 1835, in Louisville, Georgia. Murrow attended Mercer University in Macon, Georgia, for three years and was licensed to preach in 1855. He was ordained a Baptist minister on September 16, 1857. The Rehoboth Baptist Association in Georgia offered to assist the Southern Baptist Convention by paying him to go to the Indian Territory, present Oklahoma, to help Henry Bucker, another missionary. The Creek Indians warmly welcomed Murrow to his first service in late 1857.

Before he left for Indian Territory, Murrow had married Nannie Elizabeth Tatom of Fulton, Mississippi, on October 8, 1857. The Murrows settled in North Fork Town, in the Creek Nation. The couple produced a daughter in July 1858, but shortly after birth she died. Then in August 1859 Murrow's young wife also died.

The young minister continued to travel over Indian Territory, often visiting other missionaries, including Willis Burns in the Choctaw Nation. On October 27, 1859, Murrow married Burns's daughter Clara. He then traveled to Little River Mission station in the Seminole Nation to make a home for his new wife. Murrow soon met another Baptist preacher, and the two organized a Baptist Church. The church soon grew to substantial size, and the family soon included three children. When the Civil War started, Murrow was appointed as Confederate agent to the Seminole. During the war Father Murrow, as he was now known, took his family to stay with friends in Texas. It was at this point in his life that he became a Freemason. In June 1867 a son named Samuel was born to the Murrows, an event that shortly cost Clara her life.

After her death he returned to his mission work, relocating to the Choctaw Nation, and he founded Atoka. In May 1869 he formed a church there and remained its pastor for twenty-three years. Then in December 1869 he married Jane Davidson. In 1870 an ailing Murrow returned home to Georgia, and his family placed him in an Atlanta hospital for the blind. He was later diagnosed with an eye disease caused by overwork and neglected health.

Nevertheless, he recovered and returned to Indian Territory, taking up his missionary work again. In 1872 Father Murrow called upon the Choctaw and Chickasaw people to establish the Choctaw and Chickasaw Baptist Association, which proved to be beneficial for both nations. He organized more than seventy-five Baptist churches in the Indian Territory. He assisted with the ordination of more than seventy Indian ministers and baptized more than two thousand people, most of whom were Indians. In 1888 Jane died, and he once again remarried, this time to missionary Kate Ellet, who worked with the Women's Baptist Missionary Society. She assisted him until her death in January 1915.

Rev. Joseph S. Murrow was one of the oldest and most distinguished Masons in Oklahoma. He organized the territory's first post–Civil War Masonic lodge, founded in Boggy Depot in 1868, the first chapter of Royal Arch Masons, established in McAlester in 1878, and the first Eastern Star chapter, begun in Atoka in 1879. He founded the Baptist Orphans Home for Indian Children in Atoka and assisted in establishing Bacone College for Indians in Muskogee. In 1921 he married Jennie Ragle, who survived him at his death on September 8, 1929.

The following (as per The Chicago Manual of Style, 17th edition) is the preferred citation for articles:
Andrea M. Martin, “Murrow, Joseph,” The Encyclopedia of Oklahoma History and Culture, https://www.okhistory.org/publications/enc/entry.php?entry=MU016.