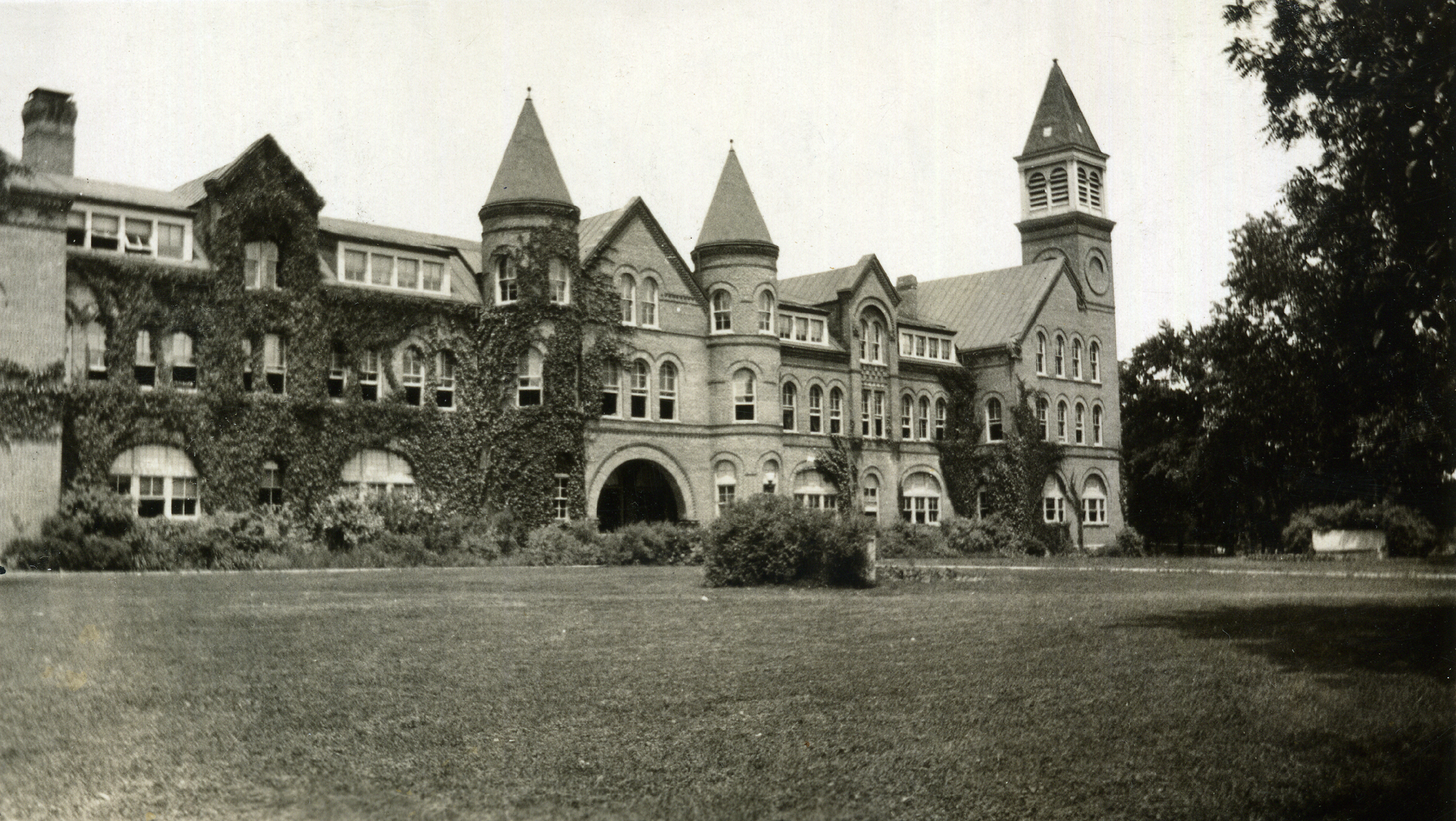 Northeastern Normal opened as a teacher training school in Tahlequah in September 1909. Housed in a former Cherokee Female Seminary building, the institution admitted anyone who had completed the eighth grade. Northeastern offered tuition-free classes to prepare students for teacher certification tests. Residential accommodations were provided by private boarding houses, and less affluent students pitched tents on campus. The school grew slowly, particularly after the nation's entry into World War I in 1917.

In 1920 enrollment exceeded one thousand for the first time. The year before, the legislature had authorized Northeastern to grant bachelor's degrees, and in 1921 the institution's name changed to Northeastern State Teachers College. Gradual growth in the 1920s prompted construction of an auditorium, gymnasium, and second classroom building. Although the Great Depression forced many Oklahomans to abandon the state, it actually stimulated Northeastern's growth. In 1935 Public Works Administration funding financed the construction of the first permanent dormitories, named after Ann Florence Wilson, matron of the Cherokee Female Seminary, and Charles N. Haskell, first governor of Oklahoma Territory.

In the 1930s Northeastern's mission changed. While most students still enrolled in education programs, some sought degrees in other fields. In 1939 the legislature renamed the school Northeastern State College. During World War II enrollment plummeted. However, with the enactment of the G.I. Bill after the war, students enrolled in record numbers. Surplus military buildings left vacant at nearby Camp Gruber were moved to the campus and served as student housing and classroom buildings for a quarter century.

In the late 1940s a campus building boom began and continued for thirty years. In 1974 the legislature renamed the school Northeastern Oklahoma State University, later shortened to Northeastern State University (NSU). By that time the post–World War II baby boom had crested, and enrollment, which had approached six thousand students in the late 1960s, declined. The curriculum, which had slowly expanded in the school's first half century, underwent rapid transformation. New programs reflecting changes in society were added, including criminal justice, Indian studies, engineering physics, social work, and management courses. In 1979 the College of Optometry opened, making Northeastern one of fourteen schools in the United States to offer a doctorate in that field. These programs and a national trend to make college more accessible reversed the decline in enrollment. Near the end of the twentieth century the student population exceeded nine thousand.

In 1982 the university extended publicly supported higher education to the Tulsa area. In 1994 a branch campus opened in Muskogee, and in 2001 a second branch campus served students in the Broken Arrow area. Despite the expansion and evolving nature of the curriculum, Northeastern continued to provide educational opportunities to the descendants of the American Indians who had attended the Cherokee seminaries. At the beginning of the twenty-first century twenty-five percent of NSU's students identified themselves as American Indian.

Brad Agnew, "Sustaining the Cherokees' Lamp of Enlightenment: The Establishment of Northeastern State Normal School," The Chronicles of Oklahoma 86 (Winter 2008–09).

"In the Hills and Dales of the Historic Tsa-la-gi," Harlow's Weekly (Oklahoma City), 8 February 1913.

The following (as per The Chicago Manual of Style, 17th edition) is the preferred citation for articles:
Brad Agnew, “Northeastern State University,” The Encyclopedia of Oklahoma History and Culture, https://www.okhistory.org/publications/enc/entry.php?entry=NO013.