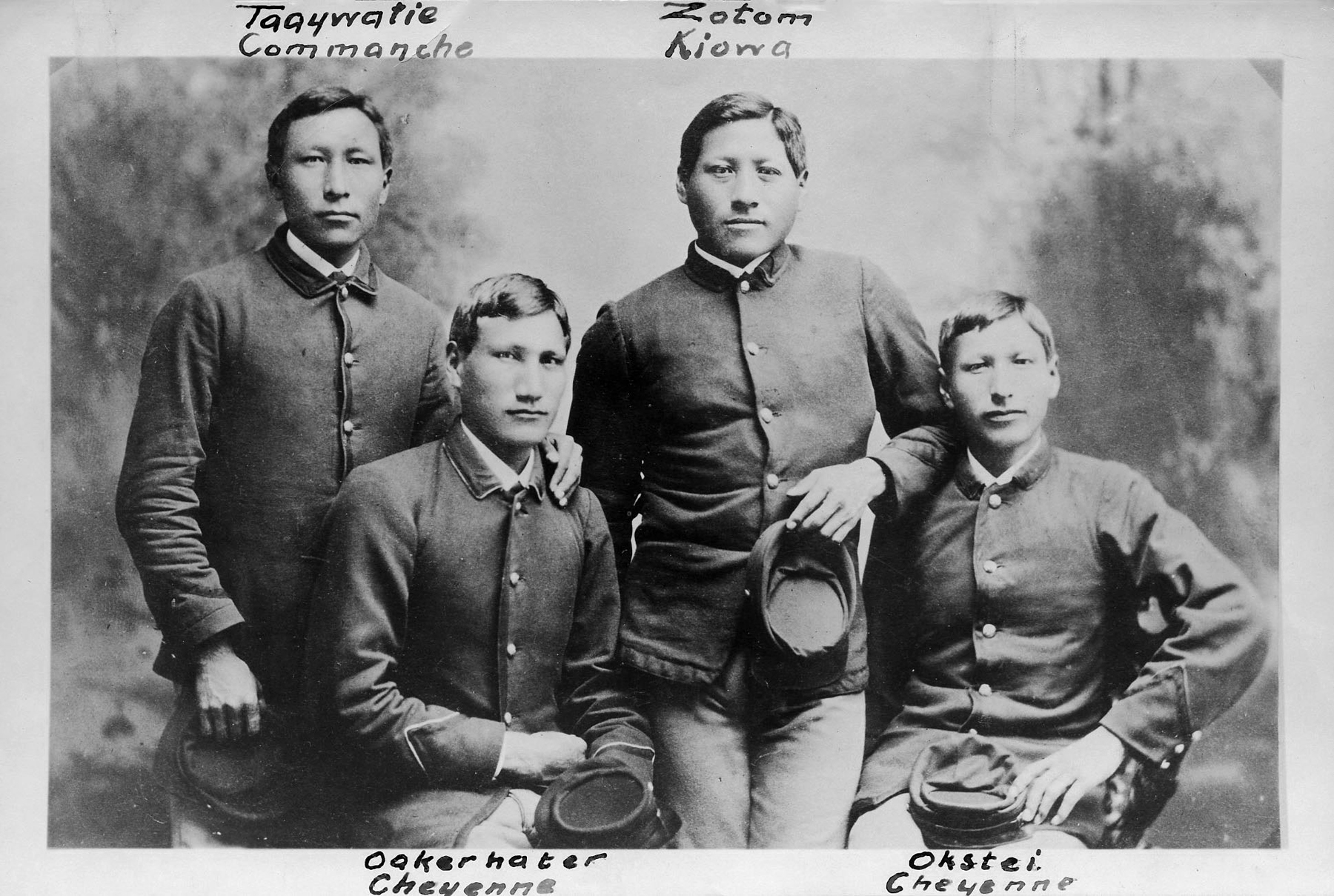 A Cheyenne warrior, an artist, and a convert to the Episcopal faith, David Pendleton Oakerhater (Okuh hatuh) conducted a fifty-year ministry to the Cheyenne of western Oklahoma, which led to his addition to that church's calendar of saints in 1986. His Cheyenne name, Okuh hatuh, Sun Dancer, reflected his early distinction as a spiritual leader and supports the belief of many that he was the youngest ever to complete the Sun Dance regimen. He later gained recognition for his prowess and leadership in warfare as a bowstring warrior, especially against Osages, Pawnees, and Utes, his tribe's historic enemies. Some Cheyenne sources place him at the 1862 massacre at Sand Creek and at the Battle of the Washita in 1868. He was definitely a participant in the Red River War of 1874–75 and was possibly involved in actions at the Battle of Adobe Walls. Although his purported crimes were never documented, he was labeled a ringleader and arrested along with thirty-two other Cheyenne and forty other Plains Indians, mostly from the Kiowa and Comanche tribes, for imprisonment at Fort Marion, Florida (Castillo San Marcos), under the command of Capt. Richard H. Pratt.

The following (as per The Chicago Manual of Style, 17th edition) is the preferred citation for articles:
Alvin O. Turner, “Oakerhater, David Pendleton,” The Encyclopedia of Oklahoma History and Culture, https://www.okhistory.org/publications/enc/entry?entry=OA001.