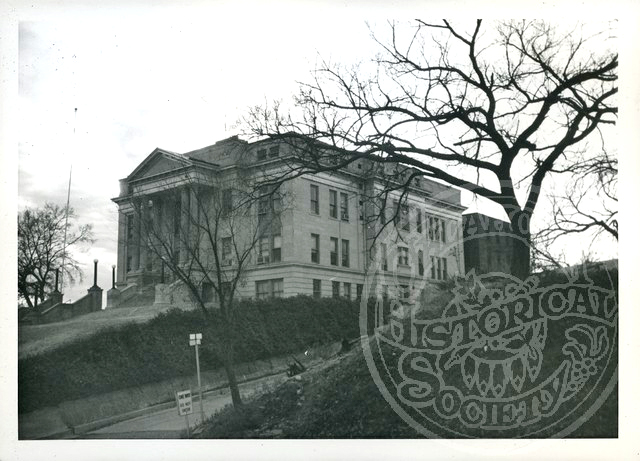 Oklahoma's largest county by area, Osage County is located in the north-central part of the state and contains a total land and water area of 2,303.8 square miles. Created at 1907 statehood the county was named for and is home to the Osage tribe and is contiguous with the Osage Nation Reservation. It is surrounded by Washington County on the east, Tulsa County on the east and south, Pawnee County on the south, Noble and Kay counties on the west, and the state of Kansas on the north. Pawhuska is the county seat, and Avant, Barnsdall, Burbank, Fairfax, Foraker, Grainola, Hominy, Osage, Prue, Shidler, Webb City, and Wynona are other incorporated towns. U.S. Highway 60 runs east-west through the county, and state highways include 10, 11, 18, 20, 35, 97, 99, and 123.

Most of Osage County lies in the Osage Plains physiographic region and is characterized by open and rolling prairie. The extreme east-northeastern area of the county is in the Eastern Lowlands region. Eastern Osage County has the Osage Hills, an extension of the Flint Hills of Kansas. Gray Horse, Salt, and Drum creeks drain the county's western and southern sections. These streams flow south into the Arkansas River, which serves as part of the county's southern and western boundaries. Eastern Osage County is drained by the Caney River and Bird, Hominy, and Delaware creeks, which flow east to the Verdigris River. County reservoirs include Lakes Keystone and Kaw, which were impounded on the Arkansas River as well as Hulah, Birch, Bluestem, and Skiatook lakes.

By 1760 the Osage of Missouri had increased their range to include present Osage County. They surrendered their claim to the region in 1825 and 1839 and removed to a Kansas reservation. In 1835 the area was included in the "perpetual outlet west" guaranteed to the Cherokee Nation under the Treaty of New Echota.

During the Civil War, on December 26, 1861, just northwest of present Skiatook, pro-Union Creek and Seminole led by Opothleyahola engaged Confederate soldiers in the Battle of Chustenahlah. In 1870, under the Cherokee Reconstruction Treaty of 1866, the Osage began the process of purchasing approximately 1,570,059 acres in the Cherokee Outlet from the Cherokee Nation. Osage Agent Isaac T. Gibson established the Osage Agency at Deep Ford (present Pawhuska) on Bird Creek in 1872. The Osage Reservation boundary was finalized in 1875 when the Kaw, or Kansa, acquired approximately one hundred thousand acres in the reservation's northwest corner. The Kaw lands were included in Kay County at statehood.

The Osage Reservation was part of Oklahoma Territory under the Organic Act of 1890 and was made a semiautonomous district by the Enabling Act of 1906. Represented by delegates T. J. Leahy and James J. Quarles at the 1906 Constitutional Convention, it became Osage County, Oklahoma, at 1907 statehood. Pawhuska was designated as the county seat and construction of the present courthouse started in 1912.

The Osage Allotment Act was approved in June 1906. Between 1906 and 1909 each enrolled Osage received an average allotment of 659.51 acres, with no surplus land remaining. Five townsites, Pawhuska, Fairfax, Hominy, Foraker, and Bigheart (present Barnsdall), were withheld from allotment. After being surveyed, platted, and appraised, the first lot auction was held at Pawhuska on January 1, 1906.

Cattlemen were attracted to the Osage Reservation long before statehood. They first negotiated grass leases with an Osage leasing committee in 1883. Cattle were transported by rail to depots nearest the lease and then were herded overland. Elgin, Kansas, situated along the Osage County-Kansas state line, was the region's major shipping point until 1907. The Osage leased 431,640 acres in 1898 and 727,260 acres in 1901.

Extensive grass leasing stopped when the Osage Reservation was allotted. Each Osage received the surface rights to their allotments and could rent or, if deemed "competent," sell their lands. This led to the formation of large ranches, including the Chapman-Barnard Ranch, which was established in 1915. Part of the Chapman-Barnard Ranch was sold to the Nature Conservancy in 1983 and became the Tallgrass Prairie Preserve. The county had approximately 107,761 head of cattle in 1935 and an estimated 146,000 in 1964. In 2000 it ranked third in Oklahoma in cattle and calf production with 135,000 head.

Osage County lies within the Mid-Continent Region. In 1896 Henry Foster received a ten-year oil lease on the entire Osage Reservation. His brother, Edwin B. Foster, formed the Phoenix Oil Company to operate the lease. In October 1897 the Phoenix Oil Company drilled the first successful oil well in the Osage Nation (and Oklahoma Territory). The site was located along Butler Creek, about two miles northwest of Bartlesville's Nellie Johnstone Number One, Oklahoma's first commercial oil well.

The Osage mineral estate, consisting of all subsurface minerals, is owned by the tribe and is held in trust by the federal government. Each mineral lease was negotiated by the Osage National Council and approved by the secretary of the interior. All lease royalties were paid to the tribe as a whole, with each allottee receiving a headright, or an equal payment share. Around 1925 during the height of the prosperity the annual headright income of an Osage family of five was more than $65,000.

For many Osage the oil boom unleashed a "Reign of Terror." Some were cheated by their court appointed financial managers or "guardians." Others died for their wealth. A series of Osage murders, many unsolved, received national attention during the 1920s. Between 1906 and 1928 thirty oil boomtowns, including Wolco, Carter Nine, and DeNoya (Whizbang) were founded. The settlements not only attracted workers, but bootleggers, prostitutes, and other undesirables. Violent crime was rampant.

By the mid-1980s approximately 250 oil fields had been discovered inside Osage County, including the Burbank Field opened by Ernest W. Marland in 1920. In 2000 one oil refinery and one petrochemical plant were operational. Other local mineral resources included asphalt deposits, limestone, dolomite, clay, shale, sand, and gravel.

County rail service began in 1902 with the completion of two lines by the Missouri, Kansas and Texas Railroad. The main line ran from Osage City northeastward to Bartlesville, and the second track extended westward from Tulsa County to Osage City. The lone Midland Valley Railroad line reached northwestward from Tulsa into Kay County via Pawhuska in 1905–06. Between 1900 and 1904 the Atchison, Topeka and Santa Fe Railway (AT&SF) built a line from Newkirk to Pauls Valley through western Osage County. A second AT&SF line was constructed in the Burbank Field in 1922, and a third track completed between 1923 and 1927 entered the county near Hulah and ran southwestward to Osage Junction. The shortline Osage Railway was built between 1922 and 1924 and connected Foraker, Shidler, and Lyman. All of these railroads were abandoned by 2000.

As of 2006 twenty-two county properties were listed in the National Register of Historic Places. Pawhuska and vicinity had eight sites, followed by Hominy with six, Fairfax with four, Barnsdall with two, and Burbank and the Avant area with one each. Osage Hills State Park was a Civilian Conservation Corps (CCC) project completed in 1935 during the Great Depression, and Walnut Creek and Wah Sha She state parks opened in 1966 and 1973, respectively. The Osage Tribal Museum, the first tribal museum in the United States, is located in Pawhuska.

The following (as per The Chicago Manual of Style, 17th edition) is the preferred citation for articles:
Jon D. May, “Osage County,” The Encyclopedia of Oklahoma History and Culture, https://www.okhistory.org/publications/enc/entry.php?entry=OS004.