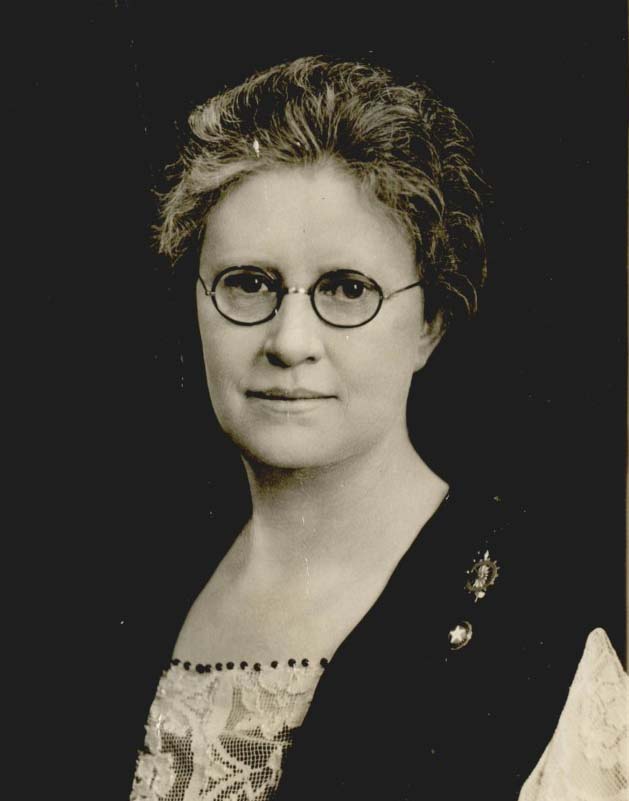 Distinguished clubwoman and journalist Lola Clark Pearson was born in Elwood, Iowa, on November 29, 1871, to Thomas Jefferson and Lydia Burgin Clark. She attended Cornell and Morningside colleges in Iowa and served as superintendent of schools in Pierson, Iowa, in 1899. That year she married successful businessman John Cannon Pearson, and in 1905 they moved to Marshall, Oklahoma, where she resided until she moved to Oklahoma City in 1937.

From the beginning she was an active clubwoman. She immediately organized the Marshall Woman's Club and continued to work throughout her life to organize rural Oklahoma women into cooperative groups for improved conditions for the home, family, and community. Between 1919 and 1921 she served as president of the Oklahoma State Federation of Women's Clubs and rose through the national organization to become chair of the Americanization Division (1920–28) and to serve on the board of directors of the General Federation of Women's Clubs (1928–32).

In addition to club work and the care of two sons and a daughter, Pearson established herself as a journalist in 1925 when she became an associate editor for the Oklahoma Farmer-Stockman magazine. Her column, "Good Cheer in the Home," functioned as a textbook of professional homemaking for rural Oklahoma women. She incorporated General Federation club news with discussions of the serious issues confronting farmwomen, and she provided recipes, poems, and inspirational advice. During the 1920s she also served as editor of "Women and the World's Work" for Household Magazine. She retired from journalism in 1945.

Pearson actively participated in Republican Party politics. She was a member of the League of Women Voters and served as a delegate to the Republican National Convention in 1920. Between 1921 and 1928 she was vice chair of the Oklahoma State Republican Committee. She died in Oklahoma City on January 31, 1951.

John William Leonard, ed., Woman's Who's Who of America: A Biographical Dictionary of Contemporary Women of the United States and Canada, 1914–1915 (New York: American Commonwealth Co., 1915).

The following (as per The Chicago Manual of Style, 17th edition) is the preferred citation for articles:
Linda W. Reese, “Pearson, Lola Clark,” The Encyclopedia of Oklahoma History and Culture, https://www.okhistory.org/publications/enc/entry.php?entry=PE003.