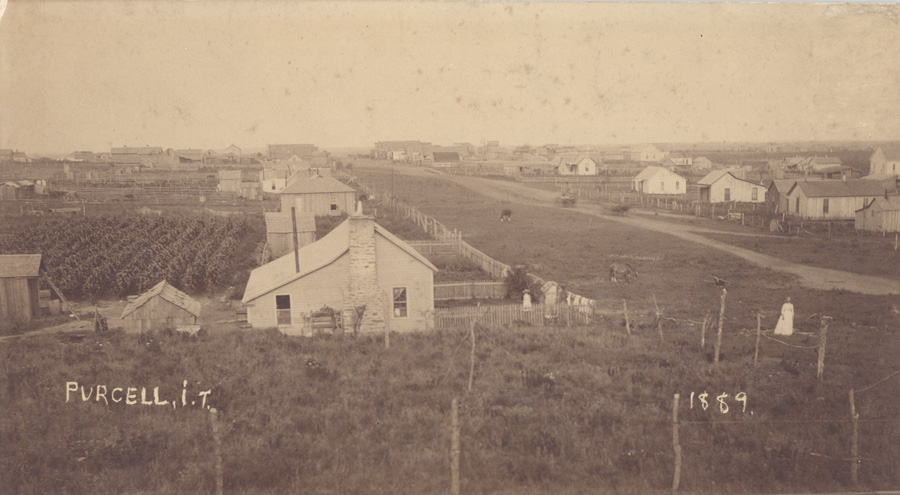 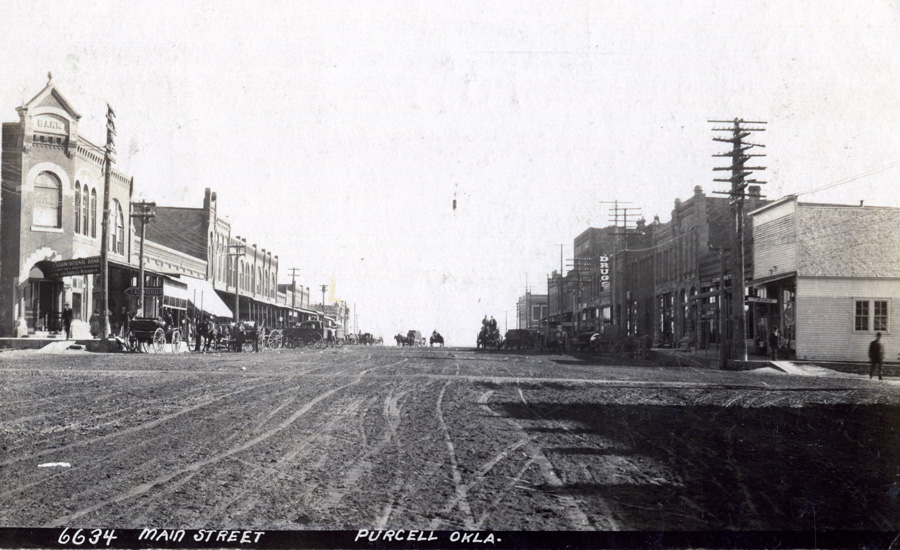 Named after Edward B. Purcell, a vice president of the Santa Fe railroad, Purcell, the seat of McClain County, Oklahoma, came into existence upon the completion of the Gulf, Colorado and Santa Fe Railway project in spring 1887. Purcell is situated thirteen miles south of Norman on Interstate 35. The railroad companies surveyed the Purcell townsite. Proprietor Robert J. Love began selling lots on April 5, 1887, and the post office charter was granted sixteen days later. Before the Land Run of 1889 Purcell was the only community located on the border of the Unassigned Lands, and the town's population surged in the months preceding that event. James Taylor Bradley was elected Purcell's first mayor on August 13, 1895, and incorporation followed on October 3, 1898.

In 1895 Purcell was selected as a location for one of the Chickasaw Nation's five district courts, and sessions began November 18, 1895. The next morning, a fire devastated the town's mostly wooden business district, but spared the courthouse. Damages of $175,000 were reported. When Purcell was rebuilt, most of the buildings were constructed of brick or stone.

With its location on the South Canadian River, Purcell, "the Queen City of the Chickasaw Nation," became a traveling and shipping hub and the second-largest cotton distribution point in Indian Territory. Among Purcell's leading products in 1901 were cotton, wheat, corn, hogs, and cattle. Businesses included cotton gins, a cottonseed oil mill, and a flour mill. Purcell also possessed a public school system, an American Indian school, a convent, and churches. There were numerous newspapers in Purcell, but the Purcell Register, established in 1887, is the oldest and still operated at the beginning of the twenty-first century.

Purcell became a commercial crossroads when construction on the Oklahoma Central Railway reached the community in March 1907. The Oklahoma Central ran from the coal mines in Lehigh to Chickasha, but the railroad's main yards, barns, and equipment were located in Purcell. The company went into receivership in 1908, and its tracks were leased, and eventually purchased, by the Atchison, Topeka and Santa Fe Railway.

"Purcell, I. T., the Leading Railroad Town of the Indian Territory," McMaster's Oklahoma Magazine 3 (May 1895).

The following (as per The Chicago Manual of Style, 17th edition) is the preferred citation for articles:
Joyce A. Rex, “Purcell,” The Encyclopedia of Oklahoma History and Culture, https://www.okhistory.org/publications/enc/entry.php?entry=PU004.