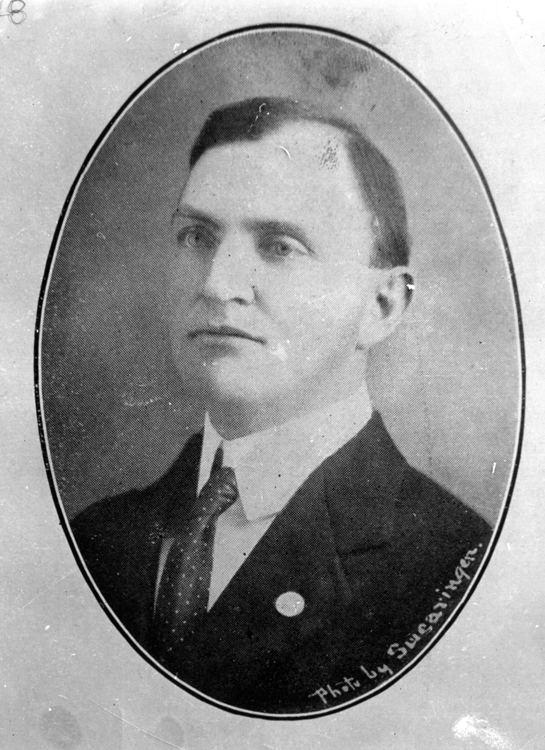 Attorney and real estate developer Israel Mercer Putnam was born in Early County, Georgia, on December 29, 1873, to J. M. and Zena Putnam. After he finished law school at the University of Georgia, Putnam arrived in Oklahoma City on July 4, 1901. He formed a partnership with Sam Hooker, under the firm name of Putnam and Hooker. Foreseeing Oklahoma's potential as a trading hub, Putnam expanded his law business into real estate. He also became involved in the amusement business, building Putnam Park in 1900 at the north end of the interurban line in northwest Oklahoma City. In 1928 this park became Memorial Park to honor the wars veterans.

Putnam became so successful as a land developer that he dissolved his law practice and devoted himself almost exclusively to his real estate ventures. In 1902 he formed the Putnam Company, a successful Oklahoma City real estate enterprise. The Military Park and Development Company, formed in 1904, placed on the market several prominent residential additions, among them Epworth View, Military Park, Putnam Park, Putnam Heights, Lakeside, and Lakeview Heights. Putnam also owned and operated several large farms in Oklahoma County.

Another of his projects brought Epworth University to Oklahoma City. In 1901 he joined the University Development Company led by Anton Classen of the Oklahoma City Commercial Club. Their donation of land was accepted and construction began in 1902. The first students arrived in 1904. Epworth moved in 1922 to Northwest Twenty-third Street and changed its name to Oklahoma City University. In 1905 Putnam donated forty acres to the trustees of the Baptist's Children home for the location of an orphanage in Oklahoma. On a more personal note, in 1906 he married Harriet Cockrell of Springfield, Missouri.

In the year following Putnam's marriage, Oklahoma became a state, and he was elected as a Democrat to the first legislature, one of ninety-three of his party and sixteen Republicans. He also served in the Oklahoma City Chamber of Commerce. At that time, the chamber was involved in building "Packing Town" and the Oklahoma City Stockyards. Both the chamber and the legislature became involved in the politics of locating the new state's permanent capital.

On June 11, 1910, Oklahoma voters approved moving the capital from Guthrie to Oklahoma City. Putnam had plans to develop a location to house the executive, legislative, and judicial branches and other state offices. On May 25, 1910, the Putnam Company had purchased two thousand acres of land northwest of and adjacent to Oklahoma City. Tentatively, he named his new city "Oklacadia" and located it on the popular interurban streetcar line that was under construction westward to El Reno. He later called the new town "Model City," and made improvements on the land. Putnam, in partnership with John Shartel, then offered this land to the state for the new capital, calling it "Putnam City." They planned to recoup their investment from the sale and development of the surrounding land. With the governor and the capital commission agreeing to this proposal, Putnam began building his city. West of it, he built a block of brick-front buildings and a three-story brick hotel to house the legislature. This hotel, called the Putnam Hotel/Putnam Building, later became the Arnett Building and is still located at its original site. But the capital issue was still not settled, because Guthrie protested the vote.

A special session called on November 28, 1910, settled the issue of the city's location but not the site itself. The House accepted Putnam and Shartel's land deal, but the Senate objected. Another real estate firm had offered forty acres at Northeast Twenty-third Street and North Lincoln Boulevard. The Senate appointed a commission to investigate each site and, to Putnam's amazement, chose the site closer to the center of town. Putnam City had been the capital for just six months.

The loss of the capital site had repercussions in Putnam's business dealings, and his reputation suffered. He had dabbled some in bank holdings, and in 1911 The Night and Day Bank, with which he was associated, failed. The bottom fell out of his stock, and he was branded a "land shark." It was then he decided to turn his "capital" to a different use. In 1914 he donated the land and building to form a new school district in the area where the capital would have been. He asked only that it be named for him to honor the city that never was.

Putnam continued his land development schemes, operating in the Oklahoma towns of Ardmore and Miami. Later moving to San Antonio, Texas, he developed a resort, a hotel, and Pan American College. He was nearly ninety years old when he died in San Antonio on April 18, 1961.

The following (as per The Chicago Manual of Style, 17th edition) is the preferred citation for articles:
Richenda Davis Bates, “Putnam, Israel Mercer,” The Encyclopedia of Oklahoma History and Culture, https://www.okhistory.org/publications/enc/entry.php?entry=PU007.