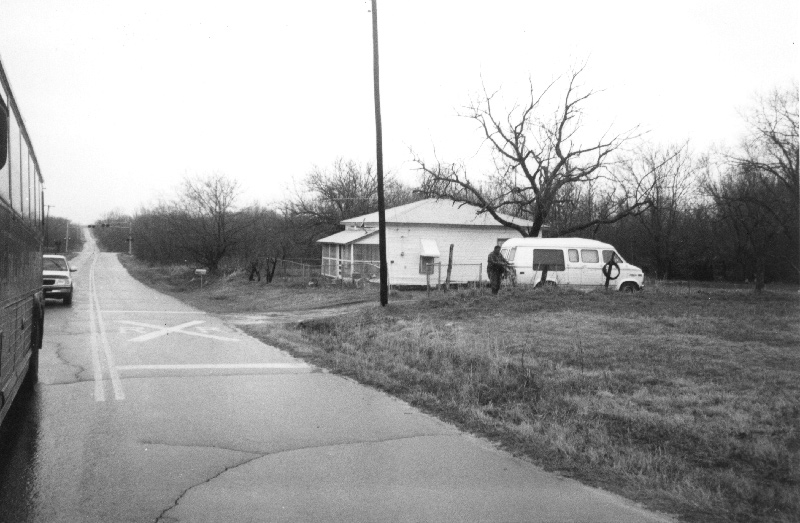 Rentiesville, founded in 1903 and developed on twenty acres owned by William Rentie and twenty acres owned by Phoebe McIntosh, is located in McIntosh County five miles north of Checotah. The community is one of more than fifty All-Black towns in Oklahoma and one of thirteen still existing. Rev. N. A. Robinson, I. J. Foster, W. D. Robinson, and Rentie organized the townsite company with Robinson serving as president. J. J. Hudson opened the first mercantile business and became the first postmaster when the post office opened on May 11, 1904. B. C. Franklin followed Hudson as postmaster. By this time, as a flag stop on the Missouri, Kansas and Texas Railway, the town had five businesses along Main Street, and eighty-one children were enrolled in the school. In 1905 the community elected F. P. Brinson as the first mayor, and Robinson succeeded Brinson in 1909. William Rentie, the town's only lawman, arrested Garfield Walker for drunkenness and disorderly conduct in 1908. Walker later shot and killed Rentie for revenge, taking away not only the marshal but also a principal founder and namesake. The town recovered and prospered for a time, boasting a lumber store, cotton gin, and many thriving businesses.

The Great Depression and lure of opportunities in urban centers caused an exodus of citizens from Rentiesville. By the late 1930s the population dwindled to 154, and the 1990 census reported 66 residents. A population boom occurred, with 102 residents by 2000 and 128 by 2010. The site of the Civil War Battle of Honey Springs is only a half-mile east of town. A noted attraction is the Down Home Blues Club of nationally famed Blues artist D. C. Minner. Every Labor Day weekend Minner hosts the Dusk 'til Dawn Blues Festival in the town. Rentiesville is also the birthplace of Dr. John Hope Franklin, dean of African American historians and author of the award-winning book From Slavery to Freedom.

The following (as per The Chicago Manual of Style, 17th edition) is the preferred citation for articles:
Larry O'Dell, “Rentiesville,” The Encyclopedia of Oklahoma History and Culture, https://www.okhistory.org/publications/enc/entry?entry=RE027.