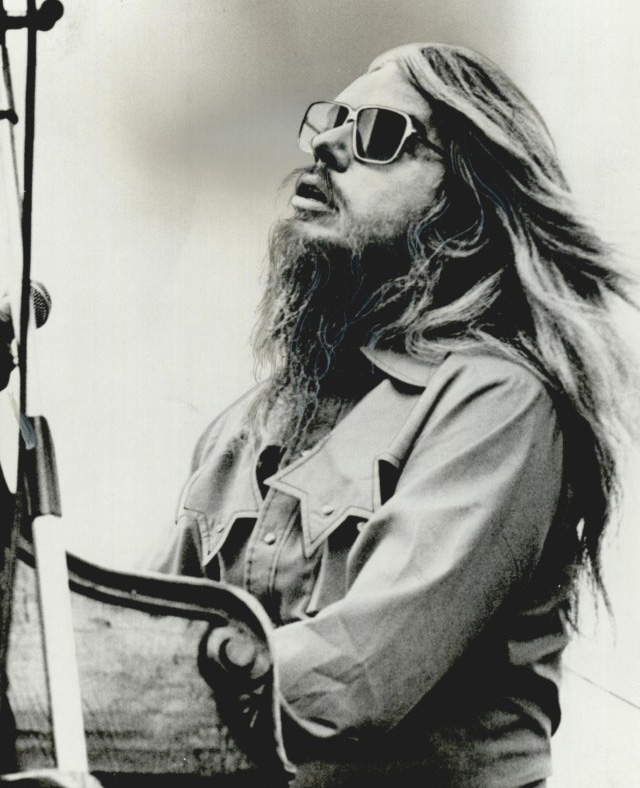 Known professionally as Leon Russell, Claude Russell Bridges, born April 2, 1942, in Lawton, studied classical piano from ages three to thirteen. One of rock music's great contributors, he will be remembered for writing hit songs, including "Delta Lady," a hit for Joe Cocker in 1970, and "This Masquerade," for which he won a Grammy Award in 1977 after George Benson had a Top Ten hit with it the previous year. Russell also performed his own hits, including "Tight Rope" (1972) and "Lady Blue" (1975). Russell is also often thought of as the ultimate session man, having collaborated with everyone from Frank Sinatra, Jerry Lee Lewis, and Phil Spector, to the Rolling Stones, Eric Clapton, and Bob Dylan. Russell's input is also present on the Byrds' "Mr. Tambourine Man," Gary Lewis and the Playboys' "This Diamond Ring," and Herb Alpert's "A Taste of Honey." His Tulsa record label, Shelter, featured artists such as the Gap Band, Tom Petty, Phoebe Snow, and J. J. Cale. Russell also has had a long-standing love affair with country music, and in 1999 he released a third album of country standards, Legend in My Time, which again displayed the easy confidence of his honky tonk–soaked voice and thoroughly illustrated his Oklahoma musical foundations. Leon Russell died on November 13, 2016.

The following (as per The Chicago Manual of Style, 17th edition) is the preferred citation for articles:
Hugh W. Foley, Jr., “Russell, Leon,” The Encyclopedia of Oklahoma History and Culture, https://www.okhistory.org/publications/enc/entry?entry=RU004.