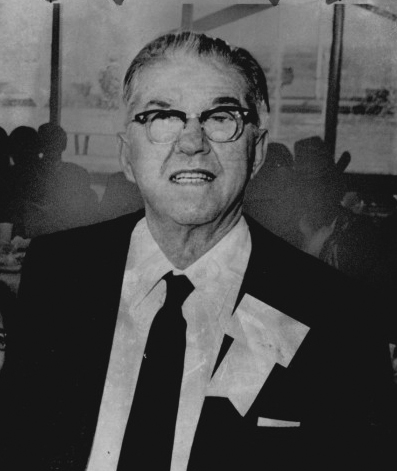 Rodeo steer-roping champion Isaac "Ike" Rude was born on March 26, 1894, to Sallie Pyeatt and Samuel Davis Rude, who in 1889 had settled and farmed in Old Greer County when it was still part of Texas. The Rudes raised their children in and around Mangum, where Sam Rude was a butcher, banker, and rancher. In youth Ike Rude worked on ranches in Texas, including the JA, and in Arizona. Drafted into the U.S. Army for World War I, he served in the 357th Infantry, Veterinary Section in France and Germany.

Rude entered his first rodeo, as a roper, at age 16 at Mangum. Standing only five feet, five inches tall, he competed in professional rodeo for the next seventy years, including a stint with C. B. Irwin's rodeo spectaculars in New York's Madison Square Garden. The 1930s, 1940s and 1950s were Rude's prime. In 1941, 1947, and 1953, competing out of Buffalo, Oklahoma, he won the Rodeo Cowboy Association championship in steer roping at the Pendleton (Oregon) Roundup. At Pendleton in 1931 and 1936 he also won the Jackson Trophy for All-Around Cowboy. Rude owned and trained two important roping horses, Baldy and Bullet, both inducted into the ProRodeo Hall of Fame in 1979. Clyde Burk, a fellow Oklahoman, rode Baldy to two world championships, and Rude rode Bullet to championships in 1941 and 1953.

During his lifetime Ike Rude was inducted into the Rodeo Historical Society Hall of Fame (at the National Cowboy and Western Heritage Museum), the Professional Rodeo Cowboys Association ProRodeo Hall of Fame, the Pendleton Round-Up Hall of Fame, the Cheyenne Frontier Days Hall of Fame, and the Old Greer County Pioneers Hall of Fame. His last championship came at age fifty-nine, and in 1971 at age seventy-seven he won the calf roping at the Matador Ranch Reunion in Texas. The street he lived on in Mangum, his hometown, was renamed Ike Rude Avenue in his honor. Ike Rude died on January 25, 1985, and is buried in Mangum.

The following (as per The Chicago Manual of Style, 17th edition) is the preferred citation for articles:
Dianna Everett, “Rude, Isaac,” The Encyclopedia of Oklahoma History and Culture, https://www.okhistory.org/publications/enc/entry.php?entry=RU005.