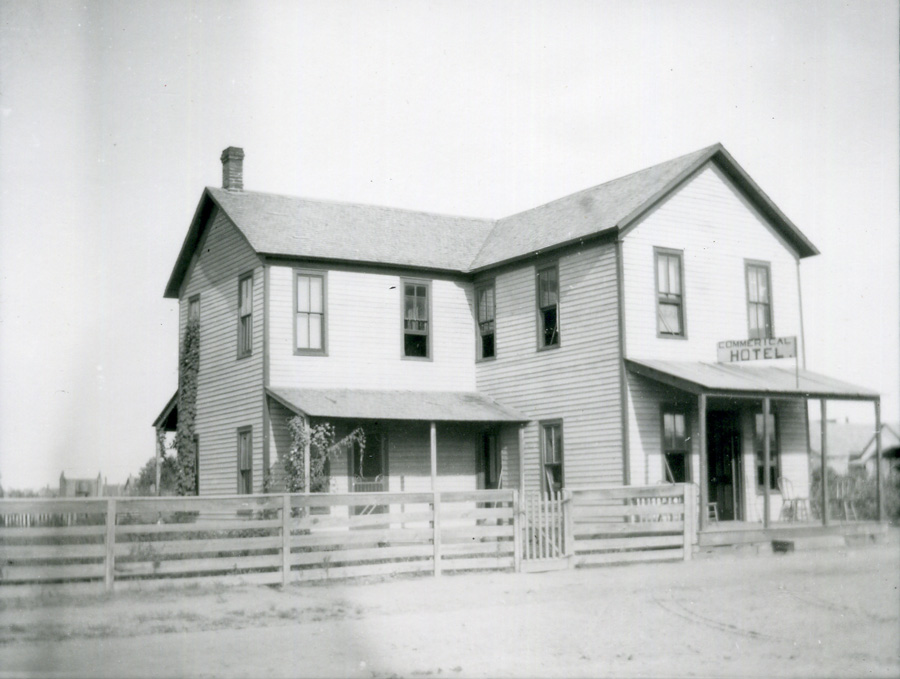 The county seat of Sequoyah County, Sallisaw is situated at the junction of State Highways 64 and 59 between Sallisaw Creek and Little Sallisaw Creek, at the southern edge of the Ozark Plateau twenty miles west of the Arkansas border. Interstate 40 crosses the south side of the city, which was given its name by French traders. Sallisaw derives from the French salaison, which means "salt meat" or "salt provisions." English naturalist Thomas Nuttall may have been the first to record the name "Salaiseau" in the journal of his 1819 travels in the area, then part of Arkansas. The city, elevation 531 feet, is in hilly country that reduces to sticky bottoms southward to the Arkansas River and Robert S. Kerr Lake. Nearby geographic features include Wildhorse Mountain to the south, Badger Mountain to the northwest, and Lone Pine Mountain to the northeast.

The organized settlement now known as Sallisaw can be traced to 1887–88 when Argyle Quesenbury, one of the first white men to settle in the vicinity, and Will Watie Wheeler, collateral descendent of Cherokee Confederate leader Stand Watie, laid out lots for a town one-half mile square. The mostly Cherokee town was not incorporated until 1898 when William E. Whitsett, Jr., was elected mayor. Confusion arises over the place. Present Sallisaw was the site of a post office called Childer's Station from 1873 to 1888 when the name was changed to Sallisaw. Another community fifteen miles north bore the name Sallisaw for a period until 1888 when the name of the post office there was changed to Mays, remaining so until it closed in 1896. Earlier, in the 1840s and 1850s Sallisaw had been the name of a landing on the Arkansas River, one of twenty-two between Fort Smith, Arkansas, and Fort Gibson, Indian Territory, during the heyday of steamboat navigation. Although it usually referred to Sallisaw Creek, the place-name Sallisaw also was familiar to commanders during the Civil War when Confederate Indian troops under Col., later Brig. Gen., Stand Watie maneuvered and skirmished with Union forces in the Cherokee Nation and fought battles in northwest Arkansas.

The railroad came to Sallisaw when the Kansas and Arkansas Valley Railway (later the Missouri Pacific Railroad) laid track west from Van Buren, Arkansas, in 1888–90. In 1895–96 the Kansas City, Pittsburg and Gulf Railroad constructed a north-south line through the region. The rail companies intersected at the city. Town builder Wheeler established several businesses in Sallisaw in the 1880s and 1890s, including a cotton gin, sawmill, gristmill, lumberyard, and, in 1896, the Coffin Shop, which evolved into Wheeler Funeral Home. The mortuary continued operation into the twenty-first century.

There were several other early business leaders. William Henry McDonald operated the Economy Store and McDonald Mercantile Company in the 1890s and later ran a bank. Mr. and Mrs. C. F. Ivey established a long-standing drug store (she also owned hotels). Henry and Arch Matthews established Matthews Brothers, a grocery, in 1898. W. D. Mayo and E. M. Pointer founded Mayo and Company, a mercantile and farm implement business. Wheeler Mayo, son of W. D., and Wheeler's wife, Florence, in 1932 founded the Sequoyah County Times, which remained in the Mayo family in 2005 under Cookson Hills Publishers, Inc. and, with 5,891 paid circulation, was the largest-circulation, non-metro, non-daily newspaper in Oklahoma.

In 1900 the population stood at 965, and it steadily increased, reaching 2,255 in 1920. Sallisaw's economy largely rose and fell with cotton in the early years. However, changes in agricultural practices in the 1930s, not the drought that plagued most of the rest of Oklahoma that decade, caused a population drop and a shift to other forms of commerce. Lumber from hardwood and pine forests, oil, but mostly natural gas, and coal also were mainstays of the economy. In 1930 Sallisaw had 1,785 residents. By the early 1930s they supported seven auto-related businesses, a bakery, two blacksmiths, a bottler, four gins, several mills, and two printing companies. Nevertheless, the city declined, as all did during the Great Depression. The city briefly was the site of a prison camp during World War II. The postwar 1940s and 1950s saw a variety of industrial and retail businesses flourish, including auto-related concerns, trucking, furniture manufacturing, canning, construction contracting, mining, and manufacturing. Population rose to 2,140 in 1940 and 2,885 in 1950.

Sallisaw has the rare distinction, for a relatively small city, of being more widely known, perhaps, for a work of literature than for any fact of its experience. This was John Steinbeck's renowned 1939 novel The Grapes of Wrath, which told of the Depression-era Dust Bowl migration of the fictional Joad family from Sallisaw to California. Hilly Sallisaw, well east of Oklahoma's semiarid plains, did not experience the Dust Bowl. That among other inaccuracies, and the perceived shiftlessness of some "Okie" characters in the novel, continued to irk several Sallisaw residents throughout the century. From the same era, Sallisaw is known for a real-life character who became the stuff of legend and literature: the gangster Charles Arthur "Pretty Boy" Floyd, who spent his early years around nearby Hanson in the 1910s and was buried in Akins, eight miles northeast. An estimated twenty thousand to forty thousand people attended the outlaw's funeral in Sallisaw on October 28, 1934. His brother, E. W., was Sequoyah County sheriff from 1948 to his death in 1970. "Pretty Boy" Floyd was the most celebrated, but not the only outlaw with connections to the vicinity.

Sallisaw's most widely known and lasting actual feature is Blue Ribbon Downs, the horse racetrack started when cowboy Bill Hedge bought 102 acres just west of the city in 1960. The track, drawing on local heritage steeped in the cattle and horse business, soon became known as a proving ground and gained recognition from the American Quarter Horse Association in 1963. The racetrack gave a start to world champions Gold Coast Express and See Me Do It, among others. Hedge sold the track to an investment group in 1973. Efforts to legalize gambling on racing finally succeeded in 1982 when Oklahoma voters approved pari-mutuel betting. The first pari-mutuel race at Blue Ribbon Downs, after a late delay of two weeks, occurred August 30, 1984, before twelve thousand to thirteen thousand spectators in a sweltering temperature above 100 degrees. The advent of legal gambling at the track caused a boom in construction with motels, restaurants, and other businesses flocking near the track. Over time, as the popularity of gambling on horse racing waned, the track struggled financially. In 2003 the Choctaw Nation bought Blue Ribbon Downs and infused it with capital. In 2005 the new owners converted it to a "racino," a combination racetrack and casino. The Choctaw Nation hoped to see the success it and other tribes had enjoyed with other gambling venues repeated there.

Gregory R. Graves, "Exodus From Indian Territory: The Evolution of Cotton Culture in Eastern Oklahoma," The Chronicles of Oklahoma 60 (Summer 1982).

Marsha L. Weisiger, "The Reception of The Grapes of Wrath in Oklahoma: A Reappraisal," The Chronicles of Oklahoma 70 (Winter 1992–93).

The following (as per The Chicago Manual of Style, 17th edition) is the preferred citation for articles:
Richard Mize, “Sallisaw,” The Encyclopedia of Oklahoma History and Culture, https://www.okhistory.org/publications/enc/entry?entry=SA009.