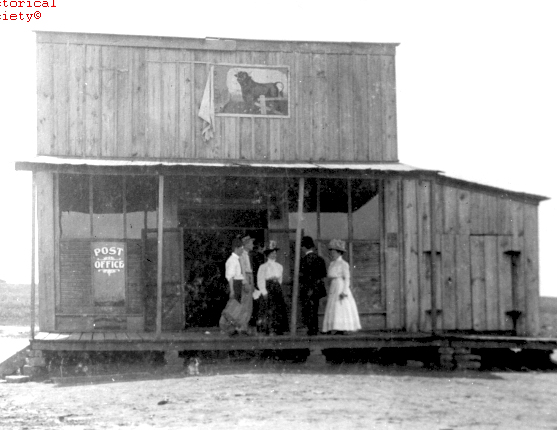 Located in Okmulgee County, eight miles south of Okmulgee (the county seat) and six miles north of Henryetta, Schulter lies west of the Deep Fork River. The hilly area around the town supports subsistence farming and stock raising. In 1900 the St. Louis, Oklahoma and Southern Railway (later the St. Louis and San Francisco Railway, or Frisco) built south from Sapulpa and Okmulgee to the new town of Henryetta, passing through future Schulter. The community's original name, as a railroad stop, may have been Winchell. A post office was established in August 1903 and named for Matt Schulter, said to be a resident of St. Louis, Missouri. After the railroad arrived, the coal industry became an important source of employment in this part of the Creek Nation, which would in 1907 become Okmulgee County. The mining companies brought in a variety of European immigrants, including Scottish, French, Polish, Lithuanian, Irish, and English, to work in the mines. By 1909 Schulter claimed two hundred residents, and the town had telephones as well as a school, a general store, three coal company offices, and pool hall. An oil boom after World War I brought jobs in exploration, production, and refining. WPA sources (the local postmaster) indicate a 1930 population of 650. Mining and petroleum have remained economic staples. U.S. Highways 62 and 75 provide access. The town incorporated on May 5, 1998, and the 2000 U.S. Census found 600 residents. In 2010 Schulter's population was 509.

The following (as per The Chicago Manual of Style, 17th edition) is the preferred citation for articles:
Dianna Everett, “Schulter,” The Encyclopedia of Oklahoma History and Culture, https://www.okhistory.org/publications/enc/entry.php?entry=SC013.