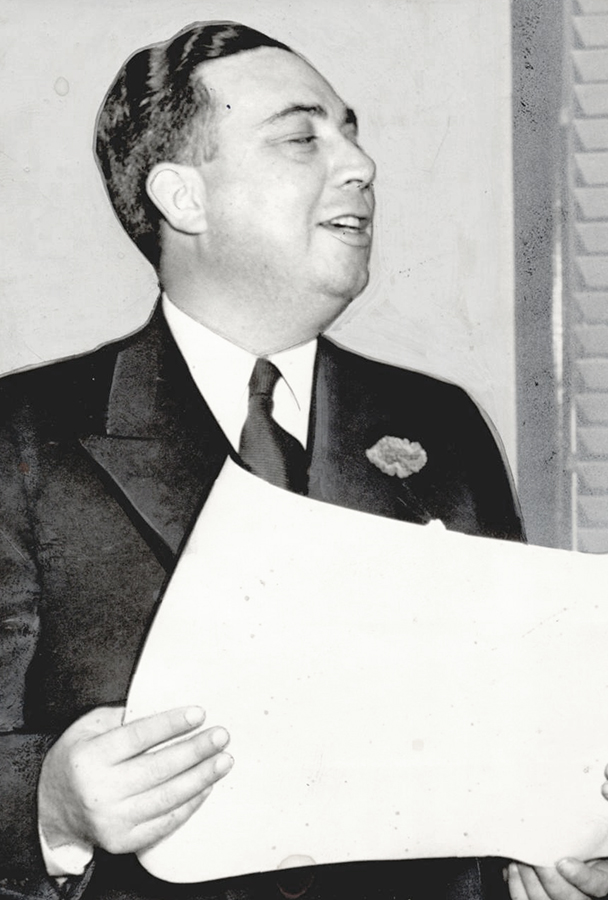 Known as Oklahoma's perennial politician, U.S. Rep. Gomer Griffith Smith was born on a farm in Jackson County, Missouri, probably on July 11, 1896, the son of Joseph M. and Elizabeth Lewis Smith. After attending Jackson County public schools, he graduated from Rockingham Academy in Kansas City in 1915. The future U.S. representative spent the next few years reading law in the offices of a Kansas City firm. He also obtained a teacher's certificate and taught in the rural schools of Clay County, Missouri. Admitted to the Missouri bar in 1920, he practiced law in Kansas City before moving to Oklahoma City in 1922, remaining there for the rest of his life.

Famous for his great oratory, Smith was considered one of Oklahoma's best damage suit and criminal attorneys. Over the years he served as an attorney for the American Federation of Labor, the Farmers' Union at the state and national level, and for the United Press and Scripps-Howard in Oklahoma. From 1934 to 1936 he was the lawyer and vice president of the Townsend Old Age Pension Plan, which called for a national sales tax to fund a pension for everyone over age sixty.

A candidate for public office eight times (U.S. House of Representatives and governor twice, U.S. Senate four times) from 1930 through 1948, he only crossed the finish line in the special election of 1937 to fill the congressional seat in Oklahoma's Fifth District left vacant by Robert P. Hill's death. Smith, a Democrat, served on the Patents, Public Lands, and Revision of the Laws committees. As a congressman he called for increased old-age pensions and social security but opposed the Supreme Court reorganization law. He caused a minor sensation when he introduced a resolution that called for a constitutional amendment to prevent drunkenness in the United States and its territories. In 1938 he decided not to seek reelection to the House and made an unsuccessful campaign for the U.S. Senate.

Smith and his wife, the former Hazel Mizner, were the parents of a son and three daughters; they also adopted Gomer's youngest brother. Active in various fraternal organizations, Gomer Smith was named to the Oklahoma Hall of Fame in 1953. He died of complications from cancer on May 26, 1953, in Oklahoma City and was interred in Rose Hill Mausoleum.

The following (as per The Chicago Manual of Style, 17th edition) is the preferred citation for articles:
Carolyn G. Hanneman, “Smith, Gomer Griffith,” The Encyclopedia of Oklahoma History and Culture, https://www.okhistory.org/publications/enc/entry.php?entry=SM005.