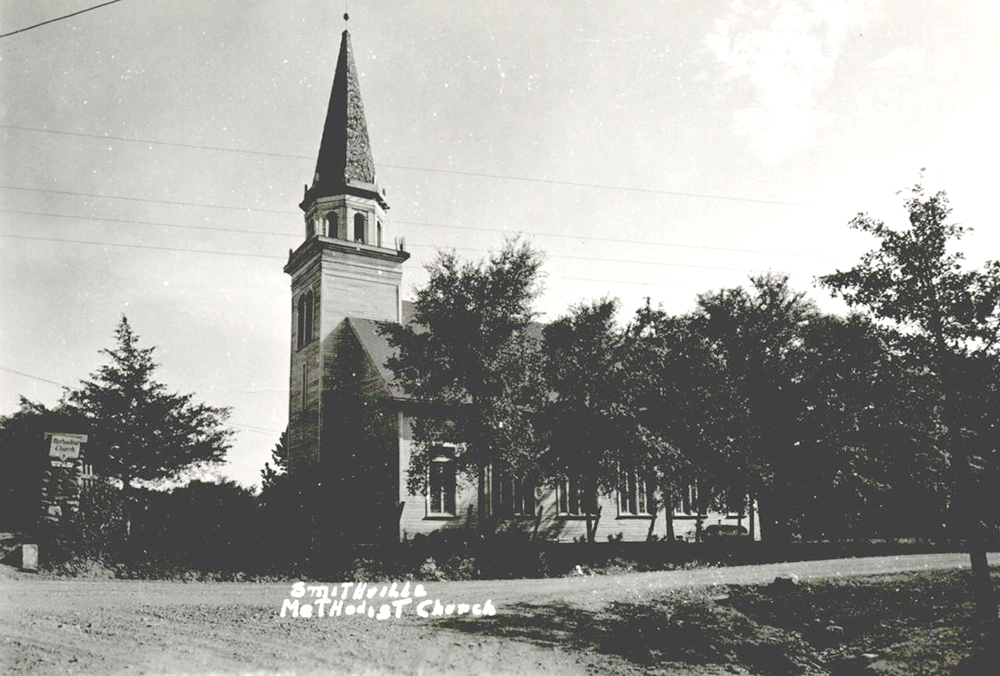 Located in northeastern McCurtain County, Smithville is situated sixteen miles northeast of Bethel and sixty-five miles north of Idabel (the county seat). The location is within the Kiamichi Mountains area and is two miles north of the Mountain Fork of Little River. In the early to mid-nineteenth century the Fort Smith–Fort Towson military road passed nearby; in the twentieth century and after, U.S. Highway 259 and State Highway 4 have provided access.

Originally, the community was a Choctaw dispersed settlement called Hatobi, which had a post office from September 1886. That having closed, another post office was established at the site on May 1, 1890, and was named Smithville. By 1909–10 Smithville was credited with a population of 270. Three churches, a public school, and a Choctaw Nation school served the residents. Five general stores, four lawyers, three livestock dealers, a sawmill, a gristmill, and a timber dealer operated. Smithville is known to have had a hotel and a newspaper, the McCurtain County American, published in 1907. A local resident platted the town, population approximately 400, in 1912, and it continued to prosper. In 1918 the population was approximately 500. Many residents were involved in the lumber industry, and livestock raising was important.

Over the next century Smithville declined in population, even as tourism became important. The town incorporated in the 1980s. In 1990 its first U.S. Census reported 111 residents. The number grew slightly to 123 by the year 2000. In that year Smithville's population was almost 20 percent American Indian. In the surrounding area, river and wilderness tourism remain significant economic activities. Beavers Bend State Park lies to the south approximately five miles. Most employed Smithville residents work out of town, with 30 percent traveling at least an hour to their jobs. By 2010 Smithville had declined to 113 inhabitants.

The following (as per The Chicago Manual of Style, 17th edition) is the preferred citation for articles:
Dianna Everett, “Smithville,” The Encyclopedia of Oklahoma History and Culture, https://www.okhistory.org/publications/enc/entry.php?entry=SM010.