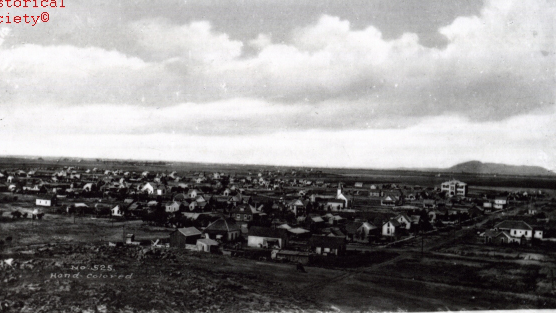 Located in southern Kiowa County, the community of Snyder is situated at the junction of U.S. Highways 183 and 62, twenty-eight miles south of Hobart, twenty-two miles east of Altus, and thirty-six miles west of Lawton. The Burlington Northern Santa Fe Railway runs east and west through town, and the St. Louis and San Francisco Railway (Frisco) extends north and south.

A dispute between the citizens of Mountain Park and Charles G. Jones of Oklahoma City, president of the Oklahoma City and Western Railroad, led him to establish a townsite two miles south of Mountain Park in 1902. Many of the businesses in Mountain Park moved to the new community, which was named Synder in honor of Bryan Snyder of the Frisco railway. The town's first business building was a saloon, and a post office opened in May 1902. Cotton, corn, wheat, and hay harvests were important to the economy. Early newspapers included the Snyder Signal Star, the Otter Valley News, and the Kiowa County Democrat.

In 1905 a tornado devastated Snyder and killed 113 people. Among the dead were Snyder public schools' superintendent Dr. Charles Hibbard and his family. Fires in 1906 and 1909 destroyed most of the wooden structures along Main Street. The charred frame buildings were promptly replaced with fire-resistant brick edifices. Community growth was constant but slow through the years. One of Snyder's illustrious residents was Col. Jack L. Treadway, a Medal of Honor recipient in World War II.

The following (as per The Chicago Manual of Style, 17th edition) is the preferred citation for articles:
Ethel Crisp Taylor, “Snyder,” The Encyclopedia of Oklahoma History and Culture, https://www.okhistory.org/publications/enc/entry.php?entry=SN002.