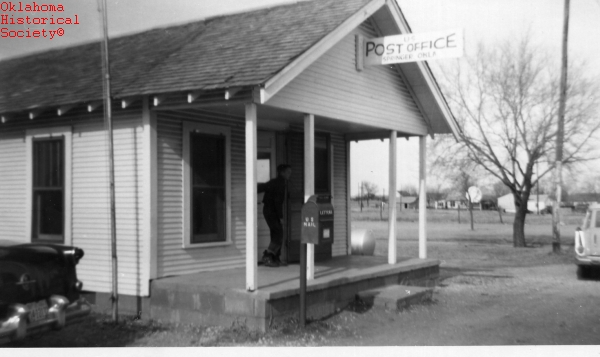 An incorporated community in northern Carter County, Springer is located on U.S. Highway 77, ten miles north of Ardmore and eighty-seven miles southeast of Oklahoma City. Other nearby towns include Gene Autry, Dougherty, and Lone Grove. Springer covers a land area of 14.4 square miles. The Springer post office, established on September 1, 1890, was named for pioneer cattle rancher W. A. Springer.

Springer's first store, probably established by Jim Rushing, was located east of town along Buzzard Creek. An early-day farmer Fox began working the land near Springer at the edge of the Arbuckle Mountains. On Friday, September 16, 1910, Springer almost became a town in name only. That evening a fire started in the post office. When townspeople and fire fighters saw their town threatened, they used dynamite to stop the conflagration. Before the flames were extinguished, many Main Street businesses were destroyed, including the post office, a general store, a blacksmith shop, and a building used by the Independent Order of Odd Fellows (IOOF) and other fraternal orders.

Among the businesses listed at Springer in 1911 were the Arnold's Hotel and the general stores of J. M. Arnold and D. M. Sellers and Company. The nearest railroad was the Gulf, Colorado and Santa Fe Railway at Berwyn (present Gene Autry), six miles east of town. By 1923 there were a few stores, a post office, and the Springer public school, which was built about the time of statehood in 1907.

Early-day Springer was a farming town inhabited by some of the pioneer families of Carter County. Like other rural communities, Springer declined over the years. The town had an approximate population of 175 in 1901 and of 225 circa 1910. U.S. Census information for Springer was not available until 1960 when the count stood at 212 residents. That number dropped from 679 in 1980 to 485 in 1990, but increased to 577 in 2000. The Springer schools remained active into the twenty-first century, as did the post office, a few stores, several churches, and area ranches and farms. In the 2010 census Springer was found to have 700 residents. The town has had no known newspaper.

The following (as per The Chicago Manual of Style, 17th edition) is the preferred citation for articles:
Greater Southwest Historical Museum and Carter County Genealogy Society, “Springer,” The Encyclopedia of Oklahoma History and Culture, https://www.okhistory.org/publications/enc/entry?entry=SP015.