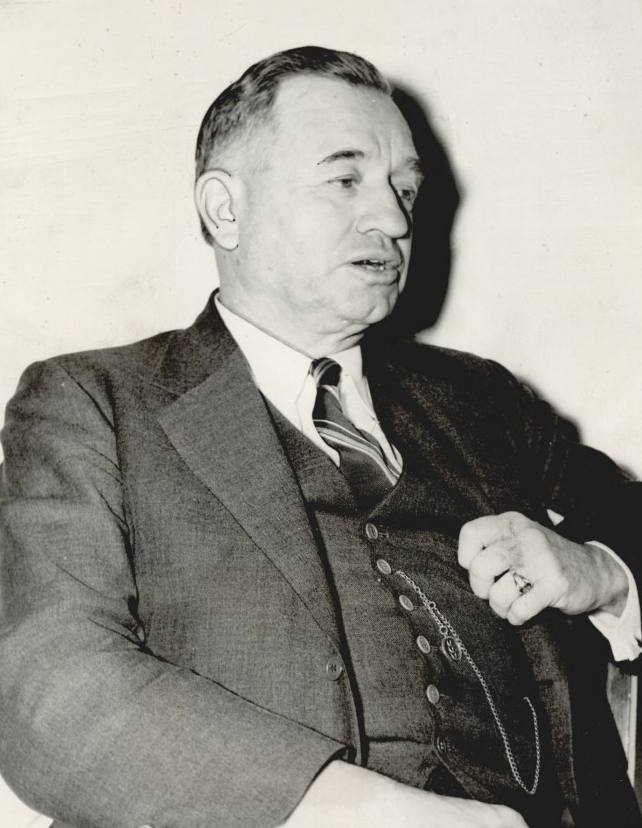 U.S. Rep. Fletcher B. Swank was born near Bloomfield, Iowa, on April 24, 1875, the son of Wallace and Melinda Wells Swank. In 1888 he moved with his family to Beef Creek, Indian Territory. He attended the University of Oklahoma. Beginning in 1898 he taught school at Stella. In 1902 he was elected Cleveland County school superintendent, serving from 1903 to 1907.

Swank served as secretary to U.S. Rep. Scott Ferris from 1907 to 1908. In 1909 Swank received an LL.B. from Cumberland University, Lebanon, Tennessee, and commenced practice in Norman, Oklahoma. He was elected a judge on the Cleveland County court (1911–15) and Oklahoma's Fourteenth Judicial District (1915–20). On December 30, 1914, he married Ada Blake. The couple had two children: Fletcher B. and James Wallace.

In 1920 Oklahoma's Fifth District voters elected Swank as a Democrat to the U.S. House of Representatives. His total congressional service spanned 1921 to 1929 and 1931 to 1935. He lost his seat to Republican U. S. Stone in 1928, regained it two years later, and in 1932 narrowly won his party's nomination but lost to Josh Lee in 1934. While in Congress, Swank supported farm loans and the Home Owners' Loan Corporation. He helped secure Civilian Conservation Corps camps for his district and appropriations for Platt National Park. He unsuccessfully attempted comebacks in 1936, 1937, and 1938. Swank returned to his law practice in Norman, and he died on March 16, 1950. He was interred in the Odd Fellows Cemetery.

The following (as per The Chicago Manual of Style, 17th edition) is the preferred citation for articles:
Todd J. Kosmerick, “Swank, Fletcher B.,” The Encyclopedia of Oklahoma History and Culture, https://www.okhistory.org/publications/enc/entry.php?entry=SW001.