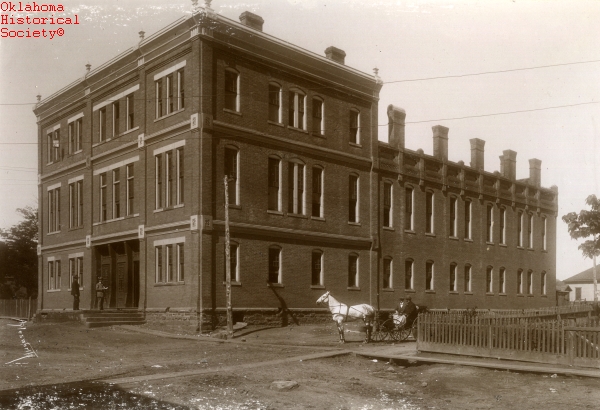 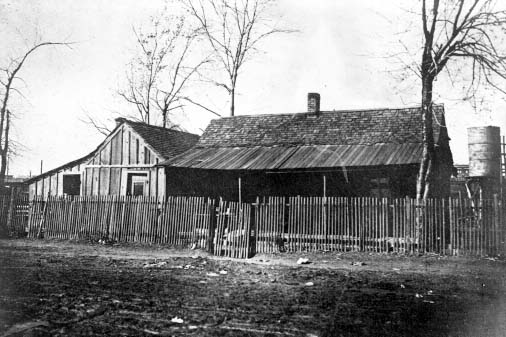 Federal courts played an important role in the history of the Indian Territory, which was not a formally organized territory of the United States. The judicial relationship between Indian Territory and the federal courts in Arkansas, a relationship that began while Arkansas was still a territory, is well known. In 1834 Congress attached the unorganized Indian Territory for judicial purposes to Arkansas Territory. In 1837, a year after Arkansas was admitted to the Union, the Federal Court for the District of Arkansas was given jurisdiction of crimes committed against the laws of the United States in Indian lands.

In 1844 Congress expressly attached the Indian Territory to the District of Arkansas, which was one federal judicial district. In 1851 Congress divided the state into Eastern and Western judicial districts, assigning the Indian Territory to the Western. Until 1871 only one federal judgeship was authorized for the districts. Congress created an additional judgeship for the Western District and in 1875 the president appointed Judge Isaac Parker to that position.

Although the court had limited jurisdiction in criminal cases and none in cases involving Indians, the court had jurisdiction over civil cases between citizens of the United States residing in Indian Territory, between citizens of the United States or of any state or territory and any citizen of, or residing in, or found in, Indian Territory. The judge of the Indian Territory court was to be appointed by the president for a term of four years subject to Senate confirmation. The president was to appoint also an attorney and marshal for the court. Two terms were to be held yearly at Muskogee, commencing on the first Monday in April, and the first Monday in September. Procedure and practice were to conform as nearly as practicable to procedure and practice in the circuit courts of Arkansas.

When Congress created Oklahoma Territory in 1890, the legislation reduced the size of Indian Territory and narrowed its definition to the lands occupied by the Five Tribes and the Indian tribes within the Quapaw Indian Agency. The legislation also gave the Indian Territory court jurisdiction of some federal felonies, including bootlegging, and of prosecutions for perjury, subornation of perjury, theft of court records, conspiracy to intimidate litigants, witnesses, or jurors, and conspiracy to obstruct the administration of justice. Thus, by 1890 the court's jurisdiction of criminal cases had expanded beyond only minor federal offenses.

The 1890 legislation created three divisions in the Indian Territory court but did not increase the number of judges. The First Division sat at Muskogee, the Second Division at South McAlester, and the Third Division at Ardmore. Two court terms were to be held each year in each division, and criminal cases were to be tried in the division in which the alleged offense occurred.

The 1895 legislation divided the Indian Territory into three judicial districts: Northern, Central, and Southern. It also designated numerous court towns in each district and added two judges to the bench. The incumbent judge was assigned to the Central District, while new judgeships were assigned to the Northern and Southern. The legislation also created an Indian Territory Court of Appeals, but there was no separate appellate bench. The judges of the Indian Territory sat as the appellate court, the judge senior in commission serving as chief justice, and the judge trying the case at nisi prius not seating.

In 1897 Congress created a new judgeship for court, and in 1902 it increased the number of districts to four. Part of the old Northern District became the new Northern District, seated at Vinita. The remainder of the old Northern District became the new Western District, seated remaining at Muskogee. In 1904 Congress added four judgeships to the court. The incumbents of these did not have the power to appoint court personnel and did not sit on the court of appeals. In almost twenty years of existence, the Indian Territory court had fifteen judges. The United States Court for the Indian Territory Court continued in existence until 1907 statehood.

Louis Coleman, "'We are making history': The Execution of William Going," The Chronicles of Oklahoma 76 (Spring 1998).

The following (as per The Chicago Manual of Style, 17th edition) is the preferred citation for articles:
Von Russell Creel, “United States Court for the Indian Territory,” The Encyclopedia of Oklahoma History and Culture, https://www.okhistory.org/publications/enc/entry.php?entry=UN017.