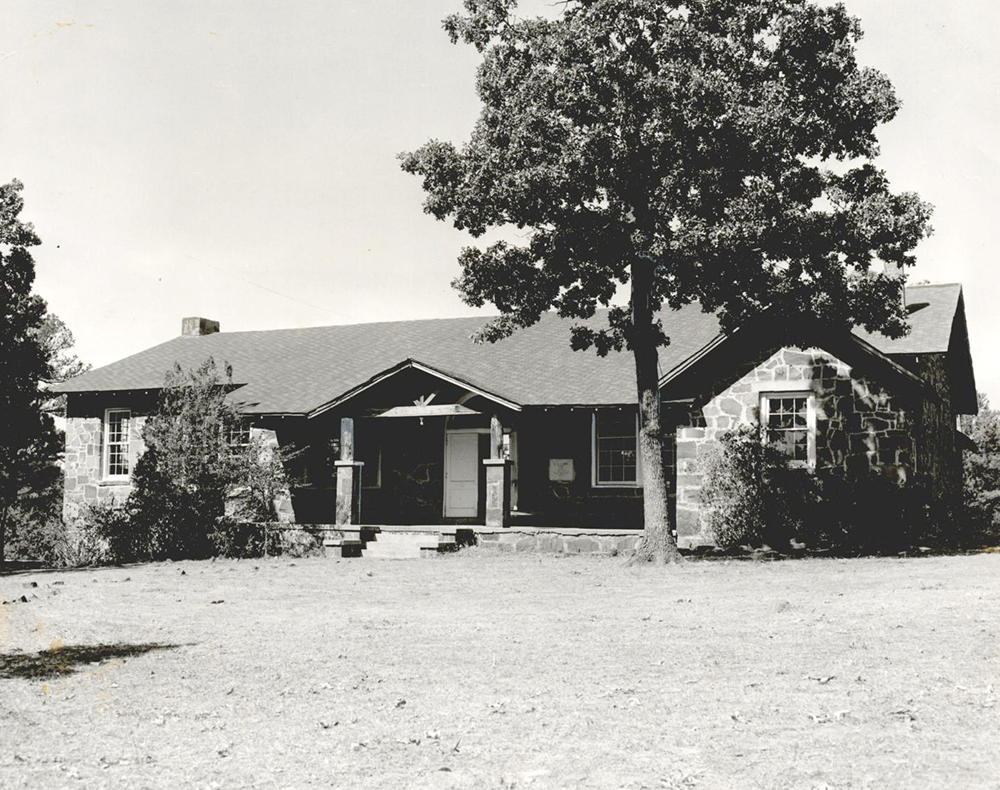 Located nine miles south of Wilburton in Latimer County, Veterans' Colony is dedicated to providing home sites for veterans of foreign wars in which Oklahomans have served. During the Spanish-American War, which lasted from April into August 1898, men from Oklahoma and Indian territories enlisted for service. In all, 894 volunteered; not all saw combat. Others serving in the regular U.S. Army or Navy also fought. At war's end most of the soldiers returned to the Twin Territories and resumed their lives.

Around the nation, veterans of the Spanish-American conflict, the Philippines Insurrection (1899–1902), and the Chinese Relief Expedition (Boxer Rebellion, 1898–1902) soon began to organize veterans' fraternal societies. The first of these to appear in Oklahoma formed in Guthrie as early as 1901 and was affiliated with a national group called Spanish-American War Veterans. In 1904 the various national organizations joined together as the United Spanish War Veterans (USWV). Each state had a "department" led by a commander and other officers. Local chapters were called "camps." Most states' camps held annual reunions and also sent delegates to a large national convention. In the Department of Oklahoma, by 1942 the USWV had thousands of members in thirty-one camps (the national USWV disbanded in 1992).

In 1935, in the midst of the Great Depression, Oklahoma members of the USWV began to plan a "colony" for other veterans who needed assistance. C. C. Hawk, a businessman from Shawnee, state chair of the Republican Party, and past commander of the Department of Oklahoma, joined other affluent veterans to arrange for the purchase of 750 acres of arable land nine miles south of Wilburton, four miles from the highest point in the Winding Stair Mountains. A camp of USWV was established there and an administrative board elected. By September 1935 an administration building stood on the property, and veterans had built and occupied fifteen cabins. The property included a dozen or so other buildings, a campground for nonpermanent residents, a large orchard, and two wells. The state's WPA and CCC participated in developing those and other facilities that would benefit veterans for generations. Eligibility was generally limited to Oklahoma's veterans. Each paid ten dollars for a "lifetime lease" to an acre of ground and constructed his own dwelling. Employed veterans in other parts of the state could build a "vacation" cabin there and pay an assessment, which was used for the colony's general operating support. By 1942 approximately forty families resided there.

In future decades admission to Veterans' Colony broadened to include veterans who belonged to the Veterans of Foreign Wars or the American Legion. By 1966 World War I and World War II veterans owned most of the community's forty homes, and by 1999 the colony accommodated two hundred veterans. At that time, a lifetime lease cost two hundred dollars, and veterans were still required to build their own residences. The colony's governing board screened applicants before admission. In 1976 a veterans' memorial cemetery was added. By the early twenty-first century the number of veterans there had declined to 110.

To the north, closer to Wilburton, the Veterans of Foreign Wars developed the Oklahoma Veterans' Home in the 1980s. Residents also pay a fee for a lifetime lease. The two Latimer County communities are the nation's only privately operated residential facilities for veterans. The Veterans' Colony Park Pavilion, built by the WPA, was listed in the National Register of Historic Places in 1988 (NR 88001395).

The following (as per The Chicago Manual of Style, 17th edition) is the preferred citation for articles:
Dianna Everett, “Veterans' Colony,” The Encyclopedia of Oklahoma History and Culture, https://www.okhistory.org/publications/enc/entry?entry=VE008.