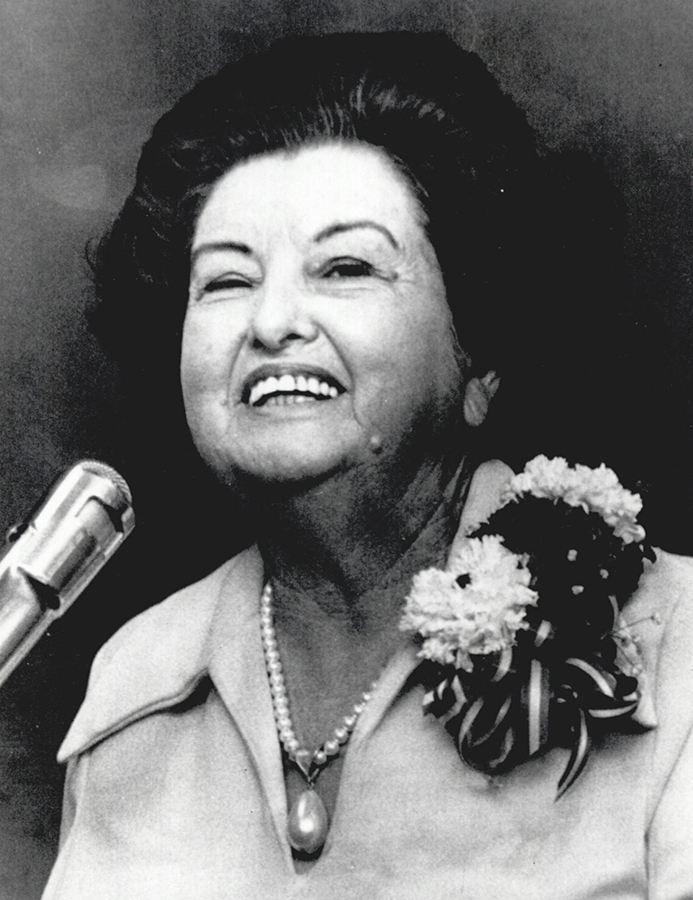 Civic and business leader and the first Oklahoma woman to make the runoff for a major state office, Gladys Earl Rogers Warren was born in Brinkman, Greer County, Oklahoma, on August 24, 1911, the daughter of Earl Hope and Mallie Moore Rogers. A graduate of Brinkman High School, Gladys Rogers married her high school sweetheart, William Carl Warren, on June 19, 1932. They had one daughter, Sherre. Gladys Warren received a bachelor's degree from Oklahoma State University in 1937.

Gladys Warren served on the board of regents for the Oklahoma College for Women (now University of Science and Arts of Oklahoma) from 1953 to 1954. In 1954 Gov. Johnston Murray appointed her to fill an unexpired term of state auditor. Appointed by Gov. David Hall, Warren served as chair and director of the Oklahoma Bicentennial Commission beginning in July 1971. In March 1978 Gladys Warren announced her candidacy for Oklahoma lieutenant governor. In the primary she opposed thirteen other Democrats, culminating in a runoff with Spencer Bernard. Unsuccessful in politics, she continued working as the state director of the Friendship Force International, a multinational exchange program started during Pres. Jimmy Carter's administration.

Active in many clubs, she held offices in the Jefferson-Bryan Club of Oklahoma, the Oklahoma Federation of Music Clubs, and the Oklahoma Federation of Democratic Women. She served on the Governor's Commission on the Status of Women. In recognition of her accomplishments she was named Oklahoman of the Year in 1977, selected as one of three "Top Women Doers for Community Service" in the United States in 1968, and listed among the top ten women in business by the American Business Women's Association in 1970–71. A member of the Crown Heights Christian Church, Warren died on October 28, 1984, in Oklahoma City, Oklahoma.

The following (as per The Chicago Manual of Style, 17th edition) is the preferred citation for articles:
Linda D. Wilson, “Warren, Gladys Earl Rogers,” The Encyclopedia of Oklahoma History and Culture, https://www.okhistory.org/publications/enc/entry.php?entry=WA028.