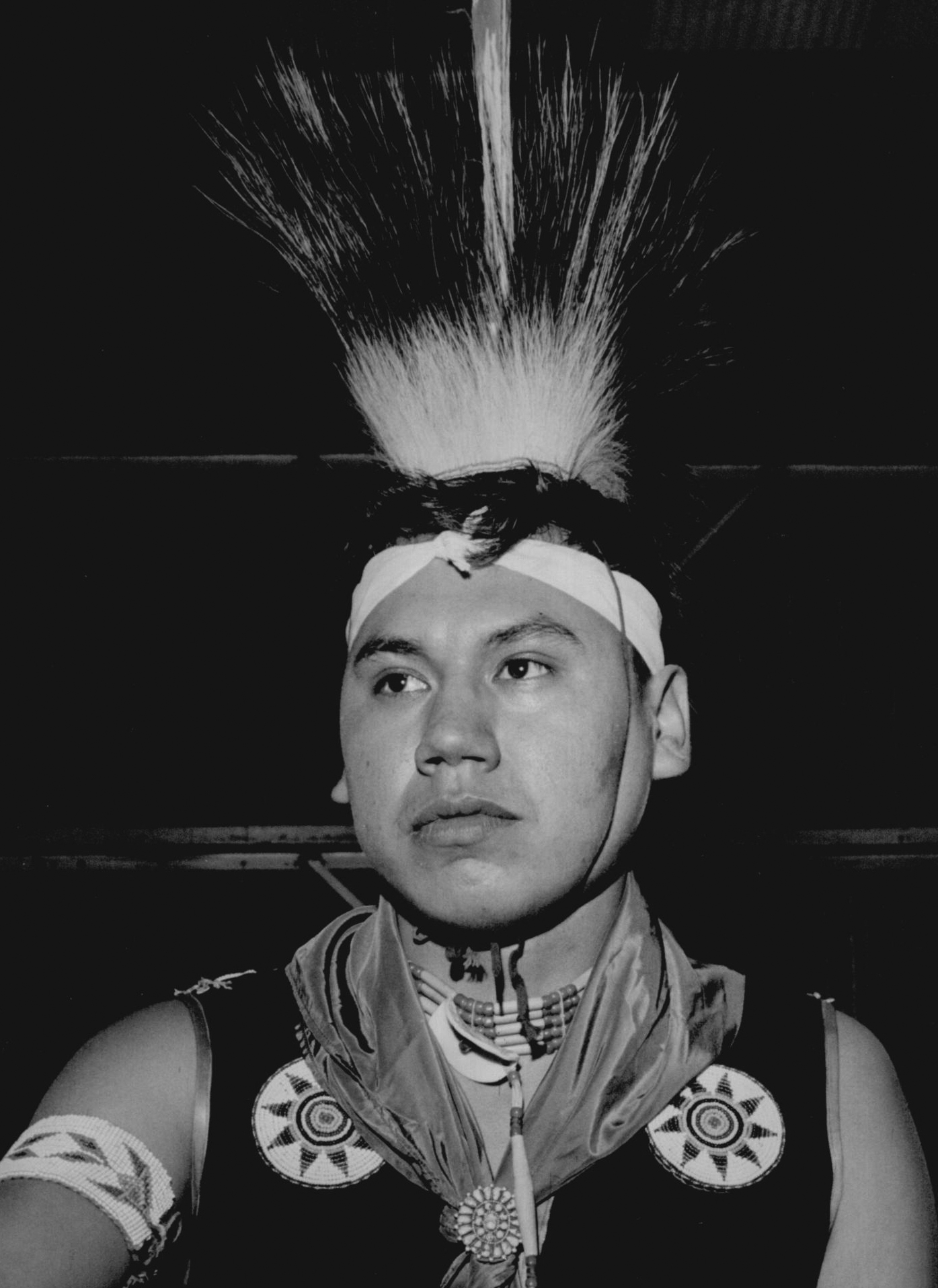 "We are not free. We do not make choices," angrily argued Indian rights activist Clyde Warrior. "Our choices are made for us." Warrior's fiery rhetoric, confrontational protest methods, and leadership skills arguably made him one of the most important leaders of the Indian youth movement that arose during the 1960s. Born in Ponca City, Oklahoma, in 1939 and raised by maternal grandparents, he grew up in a traditional Ponca lifestyle, which later shaped his strong belief in tribal traditions. By his late teen years he was a noted powwow fancy dancer and singer. In 1965 he married Della Hopper (Oto), and the couple later had two daughters. He graduated from Northeastern State University in Tahlequah in 1966.

His abhorrence for Indian discrimination, poverty, oppression, and the Bureau of Indian Affairs and his strong belief in Indian pride led him to speak out against Indian injustices at every opportunity. In the mid-1960s Warrior established a national reputation as an activist with two important essays, "Which One Are You?: Five Types of Young Indians" and "We Are Not Free." His participation in Indian youth workshops and his impatience with moderate Indian organizations like the National Congress of American Indians led him to help co-found the National Indian Youth Council (NIYC) in 1961. Within a short time NIYC became a major Indian political organization, and it still exists.

Throughout his all-too-short life he continually raised the question, "How long will Indians tolerate this?" His articulate and intelligent arguments raised hopes that change was forthcoming. In July 1968 his liver failed, and he died after years of excessive alcohol use. On his grave marker in Ponca City, his epitaph reads, "A Fresh Air of New Indian Idealism." Indeed, his new style of confrontational Indian activism helped create the NIYC and paved the way for later groups such as like the American Indian Movement and the Red Power.

Paul Chaat Smith and Robert Allen Warrior, Like a Hurricane: The Indian Movement from Alcatraz to Wounded Knee (New York: The New Press, 1996).

Clyde Warrior, "Which One Are You?: The Five Types of Young Indians," in Stan Steiner, The New Indians (New York: Harper and Row, 1968).

The following (as per The Chicago Manual of Style, 17th edition) is the preferred citation for articles:
Thomas W. Cowger, “Warrior, Clyde,” The Encyclopedia of Oklahoma History and Culture, https://www.okhistory.org/publications/enc/entry.php?entry=WA030.