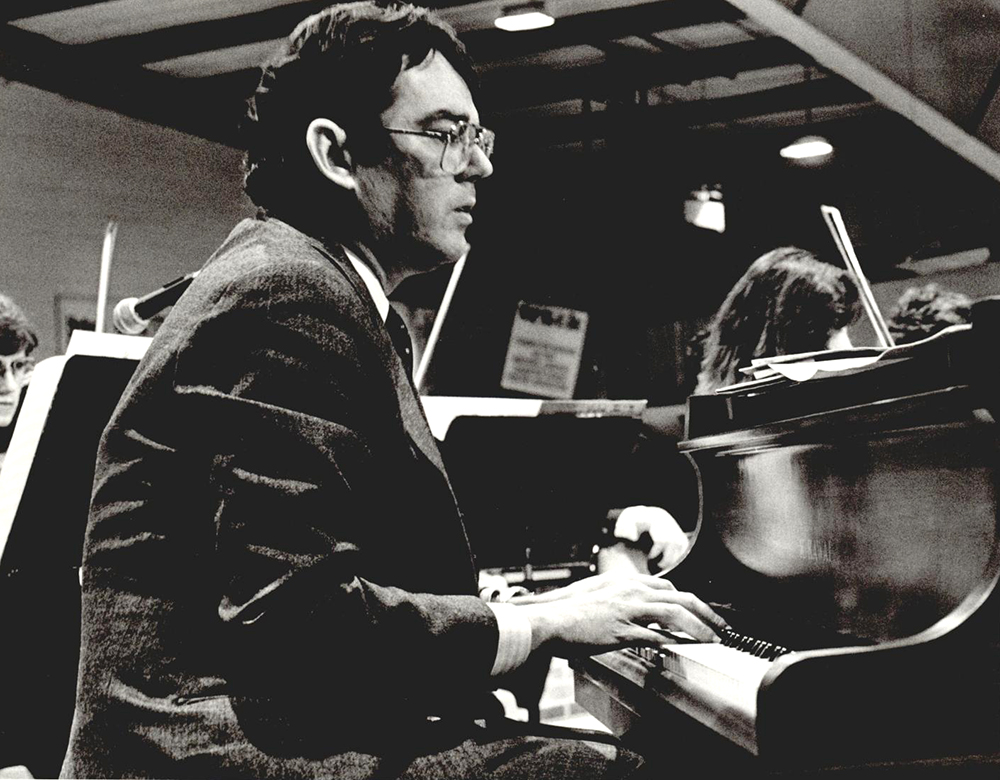 James "Jimmy" Webb was born on August 15, 1946, in Elk City, Oklahoma. The oldest of seven children, Webb has three brothers and three sisters. Webb's father, a Baptist minister, moved the family to several small towns in Oklahoma and Texas. When Jimmy Webb was eighteen, they relocated to California.

Webb's musical talent was obvious from his early childhood. At his mother's encouragement, he began piano lessons at about age six. He also learned to play the organ and was soon performing in his father's church and for local events. He began writing songs in his early teens, and he pursued formal music training for a short time at San Bernardino Valley College. After finding that the classroom was not for him, he moved to Hollywood and found work with a music publisher.

Webb's work soon caught the attention of record producer and performing artist Johnny Rivers, who named Webb the in-house composer/arranger for his label, Soul City Records. Here, Webb began working with the Fifth Dimension, and their 1967 recording of his "Up, Up and Away" brought recognition for the group and for him. The 1967 Grammy Awards clearly demonstrated the importance of Jimmy Webb's music. The Fifth Dimension received the Record of the Year Grammy for "Up, Up and Away," the Grammy for Best Vocal Performance, Male, went to Glen Campbell for his version of Webb's "By the Time I Get to Phoenix," and Webb himself took home the award for Writer, Song of the Year, for "Up, Up, and Away." Now considered "standards," other Campbell hits with Webb compositions include "Wichita Lineman" and "Galveston." Classic Webb songs recorded by Richard Harris include "MacArthur Park" and "Didn't We." As a composer, producer, and arranger, Webb has worked with numerous artists, a few of whom include Joan Baez, Cher, Joe Cocker, David Crosby, Art Garfunkel, Thelma Houston, Johnny Rivers, Frank Sinatra, and The Supremes.

Webb's many accomplishments range from movie scores, such as for Tell Them Willie Boy is Here and Hanoi Hilton, composition for the musical stage, and a solo recording and live performance career. He is also the author of Tunesmith: Inside the Art of Songwriting, a book about writing and publishing popular music.

He is known for his poetic lyrics and expressive rhythms and harmonies. He is the only artist to win Grammy Awards for music, lyrics, and orchestration. The importance of his work is reflected by his election to the National Academy of Popular Music Songwriter's Hall of Fame and the Nashville Songwriters' Hall of Fame. In 1993 the National Academy of Songwriters presented him with its prestigious Lifetime Achievement Award.

Jimmy Webb has often returned to Oklahoma to perform for special events, such as the September 2001 reopening of Oklahoma City's Civic Center Music Hall and the November 16, 2002, dedication of the Oklahoma State Capitol dome.

The following (as per The Chicago Manual of Style, 17th edition) is the preferred citation for articles:
Melvena Thurman Heisch, “Webb, James Layne,” The Encyclopedia of Oklahoma History and Culture, https://www.okhistory.org/publications/enc/entry.php?entry=WE005.