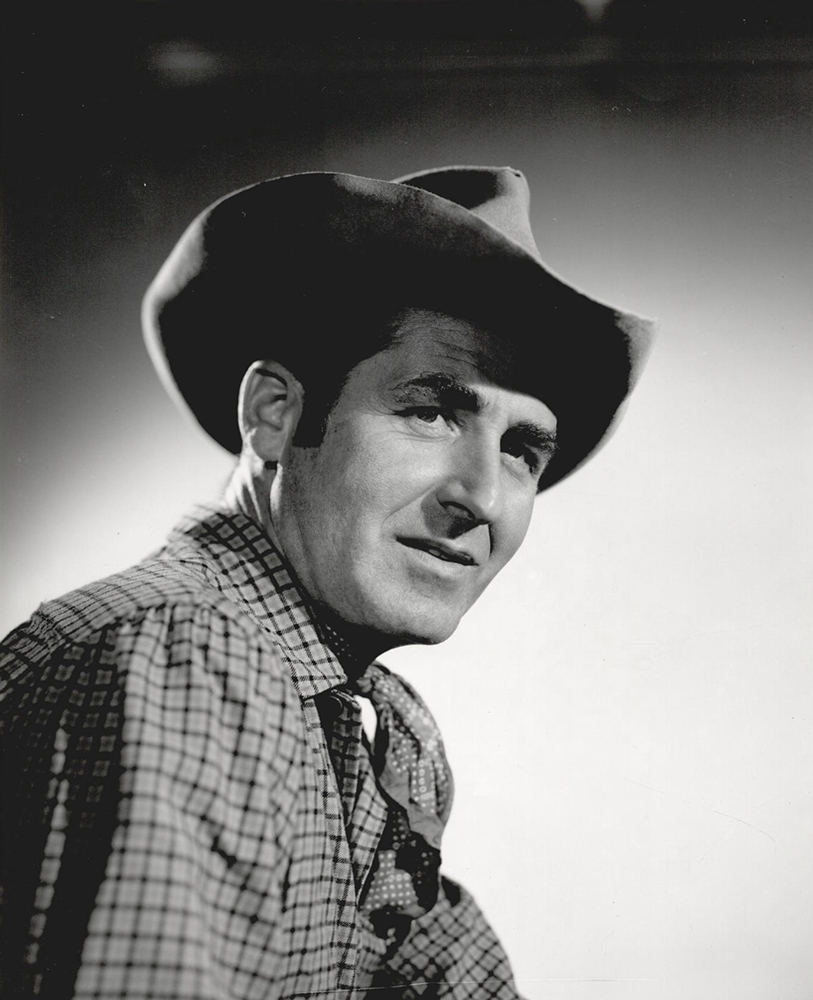 Singer and songwriter Shelby "Sheb" Wooley was born on April 10, 1921, in Erick, Oklahoma, on the "Sooner" section of old Route 66. His father, Bill Wooley, was a well-known, old-time fiddle player and singer whose own career influenced his son's future. Sheb Wooley's talent manifested during his teenage years. At age fifteen he formed a band called the Plainview Melody Boys, which broadcast over radio station KASA in Elk City. In 1940 Wooley married Melva Miller, a cousin to Roger Miller, another of Oklahoma's musical sons. Miller spent much of his youth in the Wooley household. As a result, Miller's musical style was influenced by Wooley's music.

Because of his interest in the styles of performers such as Bob Wills, Red Foley, and Eddy Arnold, Wooley traveled to Nashville, Tennessee, at the end of World War II. One of his idols from the Grand Ole Opry, Ernest Tubb, listened to his songs and encouraged him. Just before Christmas 1945 Wooley made his first recording for the Bullet label. The sides were two of his songs, "I Can't Live Without You" and "Oklahoma Honky Tonk Girl." From 1946 to 1949 he continued to record and traveled with a western band throughout the South and Southwest.

In 1950 he journeyed to Hollywood, California, to try acting, although he was still writing and recording music. He landed a screen test with Warner Brothers and a few film roles with major stars, including Errol Flynn, Gary Cooper, and John Wayne. In 1953 Wooley had hit songs recorded by two other country music performers, Theresa Brewer and Hank Snow. By 1958 two more important events occurred. The first was Wooley's casting in a television series titled Rawhide, a cast that included a young Clint Eastwood. Wooley played the character Pete Nolan for the next eight years. The second event was the recording of his song "Purple People Eater," a huge hit. Three weeks after release it was certified as gold. By 2001 more than one hundred million copies of the song had been sold.

Sheb Wooley eventually appeared in more than eighty major motion pictures. Roles in films such as Rocky Mountain (1950, with Errol Flynn), High Noon (1952, with Gary Cooper), Giant (1956, with Rock Hudson, Elizabeth Taylor, and James Dean), War Wagon (1967, with John Wayne), The Outlaw Josey Wales (1976, with Clint Eastwood), and Hoosiers (1986, with Gene Hackman) have made Wooley's name and face well known to millions of fans. In 1969 he was an original cast member of the Hee Haw television show and wrote its theme song.

In 1962 Wooley began recording his own novelty songs under the name of Ben Colder. The humorous parodies and alter-ego recordings earned him many more gold records for his growing collection. In 1968 he won the Country Music Association's Comedian of the Year award. Among his many awards are the 1992 Songwriter of the Year, the Western Heritage Award for nine consecutive years in recognition of his television work, and two Golden Boot awards. Suffering with leukemia since 1996, Sheb Wooley died on September 16, 2003, in Nashville, Tennessee.

Sean Tyler, The 1995 International Who's Who of Popular Music (Cambridge, England: Melrose Press, 1995).

The following (as per The Chicago Manual of Style, 17th edition) is the preferred citation for articles:
Judith Michener, “Wooley, Shelby,” The Encyclopedia of Oklahoma History and Culture, https://www.okhistory.org/publications/enc/entry.php?entry=WO019.