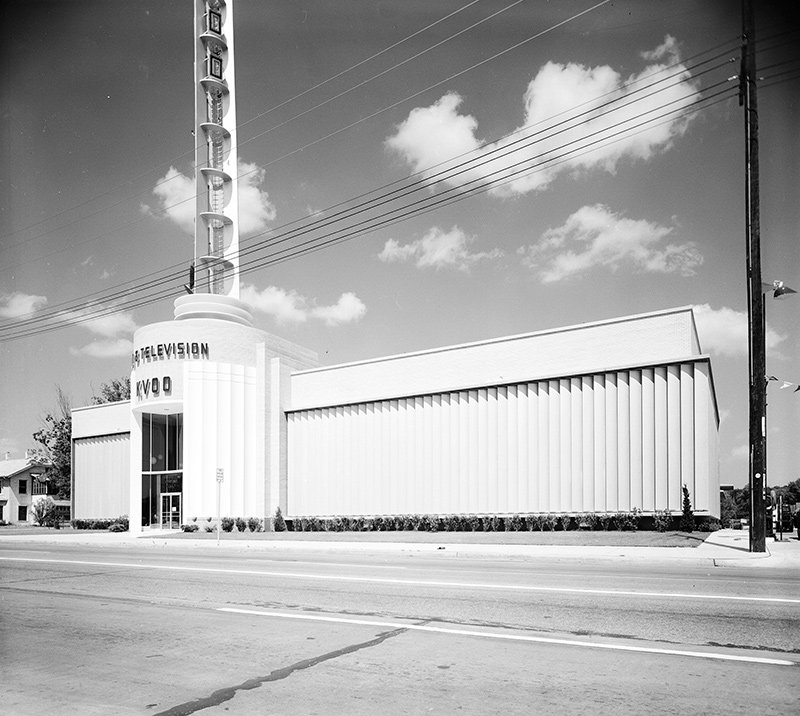 AM radio station KVOO, the Voice Of Oklahoma, started out as KFRU in Bristow, Oklahoma, signing on the air in January 1925. KFRU owner E. H. Rollestone dreamed that the radio station would be heard all across America. The call letters were changed to KVOO one year later. In September 1927 financial difficulties forced the station owners to move it to Tulsa, and Tulsa oilman William G. Skelly purchased it in 1928.

Skelly bought a 5,000-watt transmitter and built studios in the Wright Building in downtown Tulsa. In the 1930s KVOO's thirteen-member staff orchestra and thirty different musical groups performed live each week. Transmitter power was increased to 25,000 watts in 1938 and to 50,000 watts in 1943. During its early days the facility emphasized live programming and broadcasted from several different remote locations, such as Tulsa's Mayo Hotel. Nationally recognized news commentator Paul Harvey and actor Tony Randall got their start at KVOO. Orvon Gene Autry performed on KVOO in the late 1920s, and Bob Wills and the Texas Playboys made Texas swing (later Western swing) music popular on this Oklahoma radio station in the 1930s.

When television emerged on the scene, Skelly applied for a license. He joined forces with Robert S. Kerr, and KVOO-TV Channel 2 was born in 1954. This partnership developed only after both parties agreed that Harold C. Stuart, Skelly's son-in-law, would manage the station. Television became a threat to radio as audiences were drawn away from the radio story programs. Like many radio stations, KVOO offered an all-music format and became a leader in the ratings when it switched to a country music format. KVOO-TV was sold in December 1970 and took on the new call letters of KTEW.

The following (as per The Chicago Manual of Style, 17th edition) is the preferred citation for articles:
Bill Moore, “KVOO,” The Encyclopedia of Oklahoma History and Culture, https://www.okhistory.org/publications/enc/entry.php?entry=KV001.