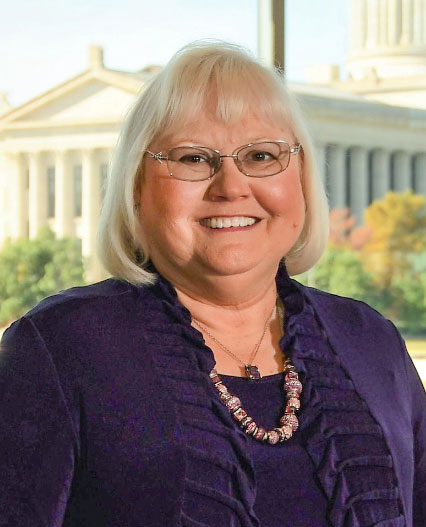 In 2006, she graduated from the Institute for Management and Leadership in Higher Education at Harvard Graduate School of Education. Fisher is an active member of the National Association of Branch Campus Administrators and serves as a mentor, coach, and guest lecturer.

She coauthored Woodward (Past and Present) (Arcadia Publishing, 2021) and an Oklahoma history textbook, Oklahoma: Land of Contrasts (Clairmont Press, 2006), writing all the teacher’s materials.

Among her many recognitions, she was inducted into the Journal Record’s Woman of the Year Circle of Excellence (2012) and received the Light of Rotary District Award in 2014–15. Currently, she serves as District Governor Nominee and will be District Governor in 2022–23. Fisher is a former board member and proud graduate of Leadership Oklahoma Class XXIV. In addition, she was named Woodward Citizen of the Year in 2009.

Fisher has served on several boards of civic organizations and currently serves on the Citizens Advisory Board for William S. Key, the Hope Center Food Bank, Plains Indian and Pioneer Museum, and Friends of Fort Supply. She also proudly serves on the boards of the Oklahoma Educators Hall of Fame and the Oklahoma African American Educators Hall of Fame.

She is married to Tom, a retired educator and administrator. They have four children and five grandchildren.