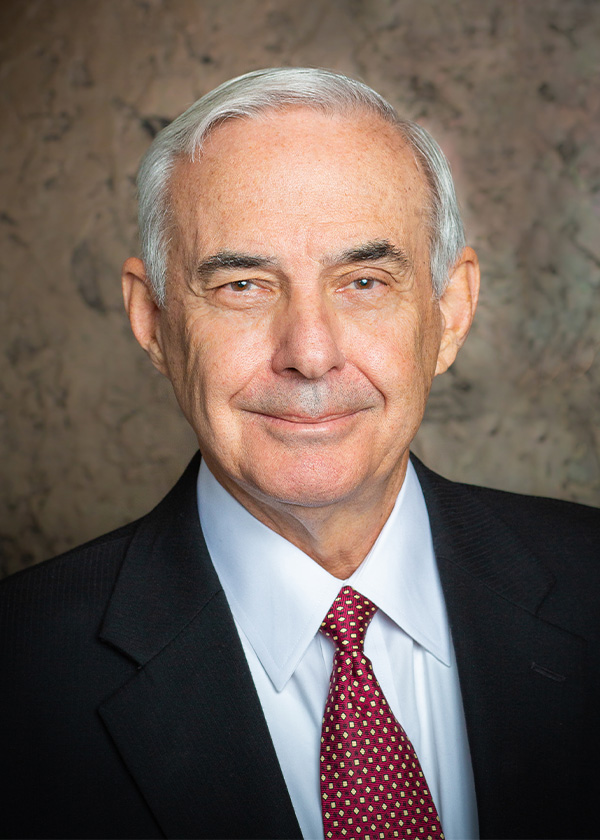 Dave Sigmon’s Oklahoma family roots go back to 1894 with his great grandfather being one of the settlers and Postmaster of Whitefield, Oklahoma. His grandfather arrived in 1904 and was a major
contributor to the development of Stigler and Poteau. Dave and his wife Mary Alice have lived in Bartlesville for the past forty-three years.

He grew up in Springfield, Missouri, graduating from Drury University with a degree in Economics. After college he began a career in labor relations specializing in union/management negotiation and arbitration. During this time he worked for Mead Paper and Wheelabrator Frye, part of the paper and chemical industries.

Since arriving in Bartlesville he has served as a director and vice president of Administration for Reda Pump’s worldwide operations. In 1992 he founded BMI-Health Plans and Health Review, LLC, a third-party administrator and managed care company, with offices in Arkansas, Missouri, and Oklahoma.

He has been a member of the Frank Phillips Foundation (Woolaroc) Board plus several other boards and committees covering banking, health care and city government. Most recently, he has served as chairman of the board for the Ascension St. John Health System, covering northeast Oklahoma and southeast Kansas.