Silver selections from the USS Oklahoma

On exhibit December 7, 2021, through January 31, 2022
The Oklahoma History Center is pleased to announce the opening of a special exhibit to commemorate the 80th anniversary of the attack on Pearl Harbor featuring the silver service from the USS Oklahoma. The exhibit opened December 7, 2021. It is on view in the third-floor atrium and during regular museum hours. 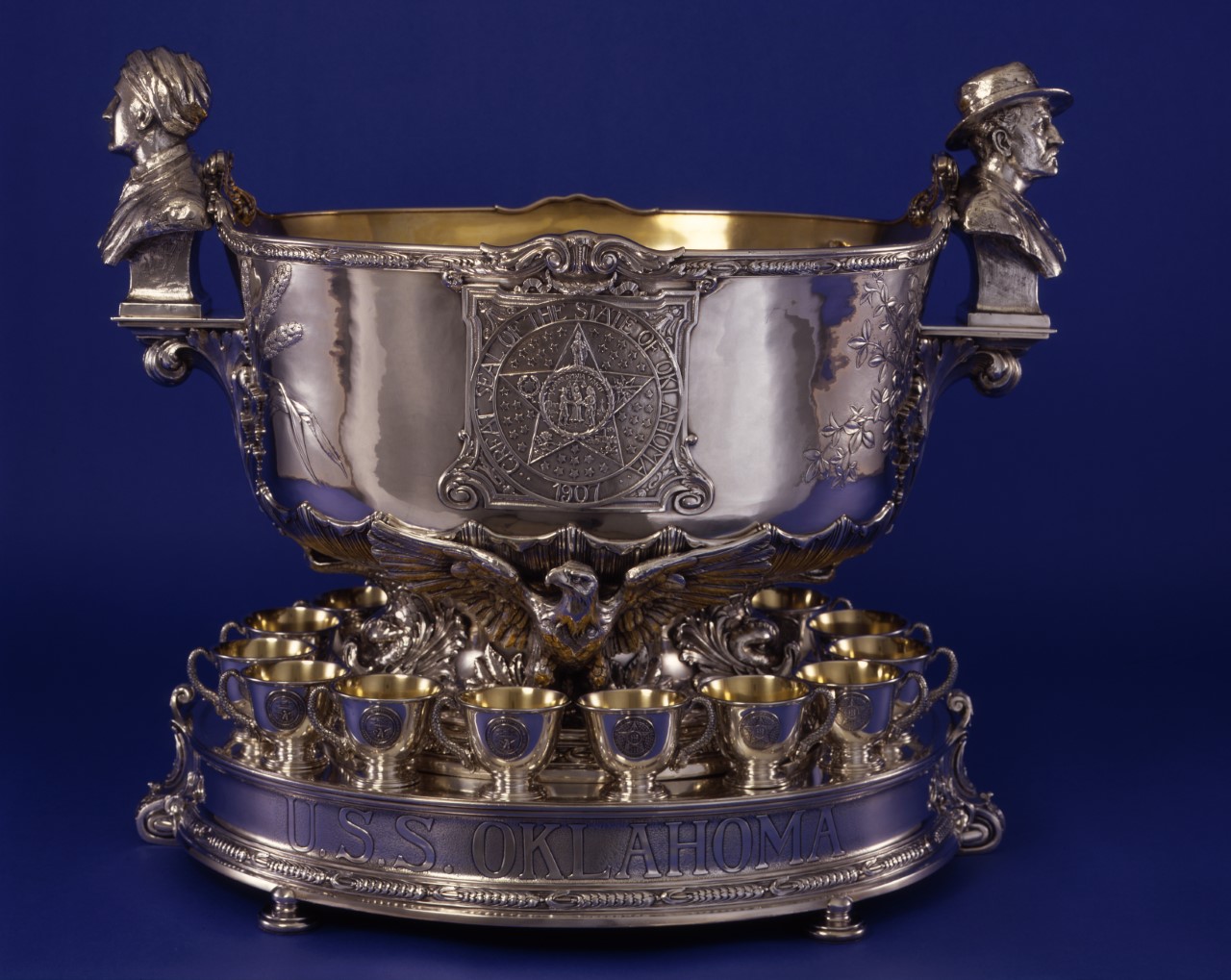