Home |   Learn |  The Great Depression, the Dust Bowl, and New Deal in Oklahoma

The Great Depression is one of the single most-important events to occur in world history during the twentieth century. It is also a defining moment in American government, politics, culture, economics, and even Oklahoma history. The Great Depression, the Dust Bowl, and the New Deal all brought on big changes in the United States; changes that we can still see today. What is a depression, though? What made this depression "Great?" And, how did people react to the problems that caused and were caused by the Great Depression? 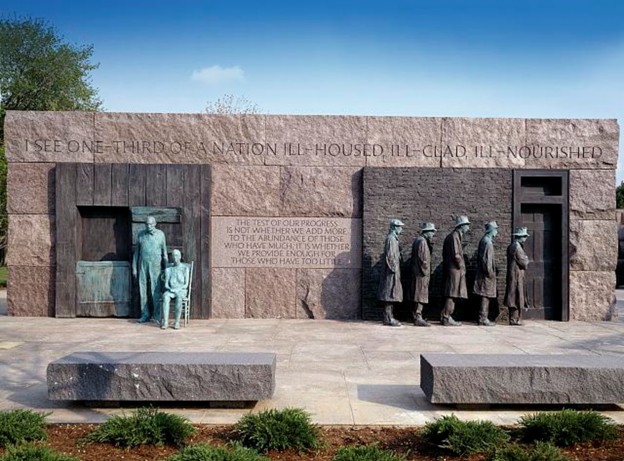 What was the Great Depression?

The Great Depression was the worst depression in modern history, lasting from 1929 to 1941. It affected countries around the world, not just the United States. In the United States, one out of four people lost their job and about 1,000 people lost their homes every day during the worst year of the depression. Many people built makeshift homes in towns called "Hoovervilles," named after President Herbert Hoover who was the president at the start of the Great Depression. Americans were scared and hungry and wanted to know how it happened and who could fix the problem.

Economies around the world go through ups and downs over time. The ups are called growth periods. The downs are called either a "recession" or a "depression." Even economists have a hard time telling the difference between recessions and depressions, but both of them are hard times when people lose money, jobs, homes or farms, and businesses. Many people can even go hungry. Depressions tend to be longer than recessions. 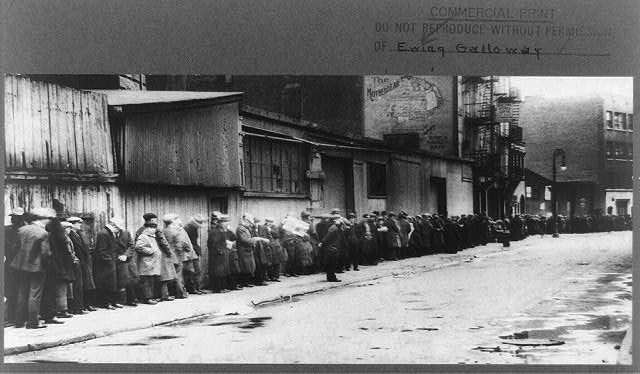 Families waiting in line for bread and soup (image courtesy of the Library of Congress).