What Caused the Great Depression? 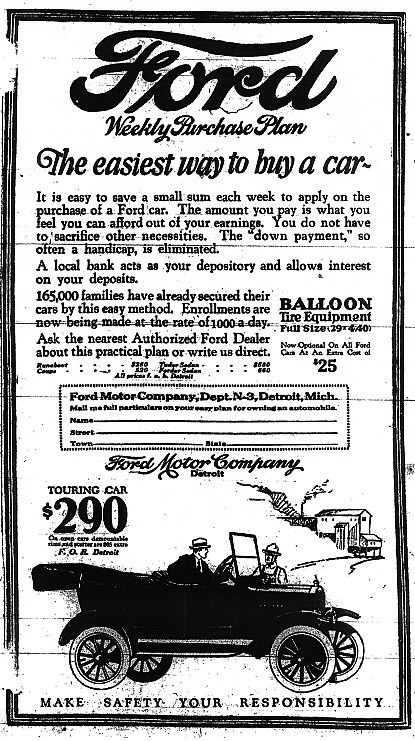 The 1920s saw a rise in buying cars and appliances "on installment," or what we call credit today (image courtesy of the Joliet Public Library).

Using a loan to buy something is called buying on credit. A bank offers you money and asks you to pay them back, along with some extra money called interest. Interest is a fee for borrowing money. The problem is that farmers were not the only people buying things on credit. Millions of Americans used credit to buy all sorts of things, like radios, refrigerators, washing machines, and cars. The banks even used credit to buy stocks in the stock market. This meant that everyone used credit, and no one had enough money to pay back all their loans, not even the banks.

World War I and Over Production

World War I was the largest war the world had ever seen before World War II. Millions of people fought and died during the war. With so many people fighting, there were not enough farmers growing food for everyone. This made the cost of food go up, so the farmers still at home bought more land and new tractors to make more money. They used bank loans to buy the land and tractors, because they thought they would make enough money to pay the banks back quickly. When the war ended, the food prices went back down again, so the farmers had to take more and more loans to pay for all the land and equipment they had bought. No one thought this was a problem, as long as the farmers kept growing crops and making enough money to pay the banks for their loans. 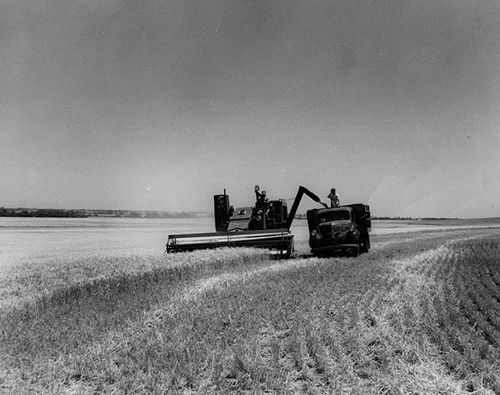 Gas-powered farming equipment cut the labor required for farming in half. This meant more acres could be farmed, but fewer farmers were needed (OHS Collections).

The Stock Market Crash and the Dust Bowl

In 1929, the New York Stock Market crashed. Everyone had been buying stocks on credit and not using real money. When people and banks started asking for the money they had loaned to be paid, no one had enough money. There were whole countries that went bankrupt when their loans were called in! Now, no one in the stock market had money, which meant none of the banks had money. This meant that people who deposited their savings in banks could not get any of their money back. It was all lost. 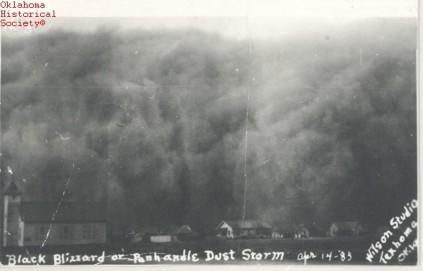 Hoover did take action to intervene in the economy, but by that point it was too late. Hoover dramatically increased government spending for relief, allocating millions of dollars to wheat and cotton farmers. Within a month of the crash, Hoover met with key business leaders to urge them to keep wages high, even though prices and profits were falling.

The greatest mistake of the Hoover administration was the passage of the Smoot-Hawley Tariff in 1930. It was meant to promote more spending on American-made products in the United States but eventually led to an international trade war.

President Herbert Hoover (image courtesy of the Library of Congress).