What was the Dust Bowl?

To make things worse, the Dust Bowl started. Farmers plowed a lot of the new land on the prairie during World War I. The prairie needed its grass, or crops like wheat, to hold down the soil and dirt. When a drought started on the prairie in 1930, there was no grass or crops to hold down the dirt. Dust storms blew all across the country, taking dirt from Colorado all the way east to Washington, DC. Animals died without enough crops to feed them, and the price of food went up again. Without any crops or animals to sell, the prairie farmers had no money to pay the banks back. They lost their farms and their homes. Without farms, food was expensive and people without jobs, who had lost all their savings, could not afford to buy much of it. People were desperate. By 1934, it had turned the Great Plains into a desert that came to be known as the Dust Bowl. In Oklahoma, the Panhandle area was hit hardest by the drought.

Listen to Flora Robertson talk about her experience in the Dust Bowl. 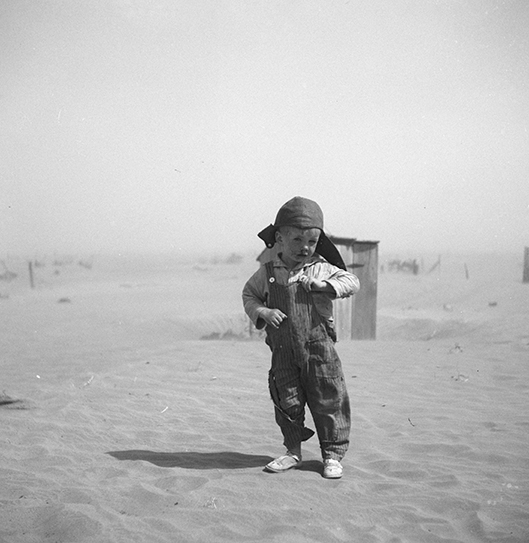 This boy is on a farm in Cimarron County, Oklahoma, during the Dust Bowl. Arthur Rothstein, 1936 (image courtesy of the Library of Congress). 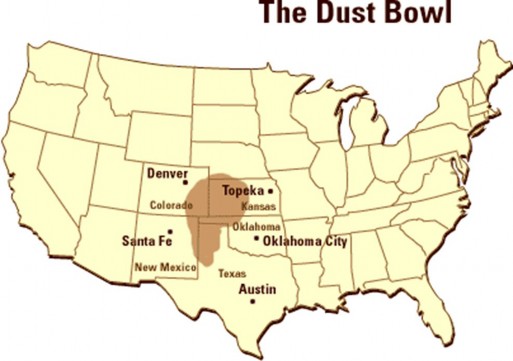 Oklahoma, Colorado, New Mexico, Texas, and Kansas were all a part of the Dust Bowl of the 1930s. In Oklahoma, the panhandle cities and towns suffered the worst droughts and dust storms (map courtesy of PBS). 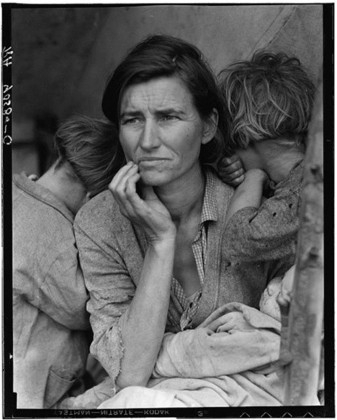 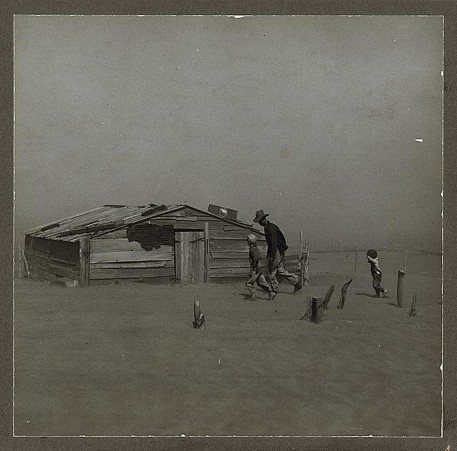 Farmer and sons walking in the face of a dust storm. Cimarron County, Oklahoma (image courtesy of the Library of Congress).