How did the Great Depression End? 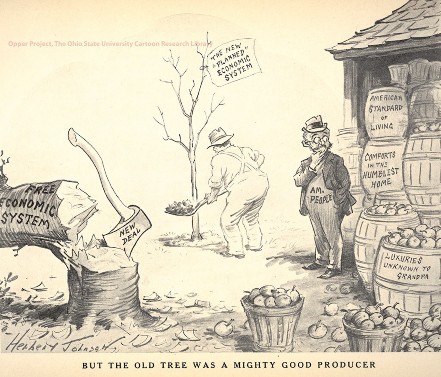 Although the New Deal brought hope to many suffering from homelessness, hunger, and lack of jobs, President Roosevelt's relief, recovery, and reform did not end the Depression like many had hoped. It was not until the United States' involvement in World War II that the American and world economies saw real change for the better. With World War II came a revival of trade with America's allies. The US government also made huge investments in war-related businesses, which fueled a powerful post-war boom. When the war officially ended in 1945, the Great Depression was long gone and the middle class experienced a surge in growth.